The rank change compares the current rank to the rank before ESL One Germany 2020, October 5th. 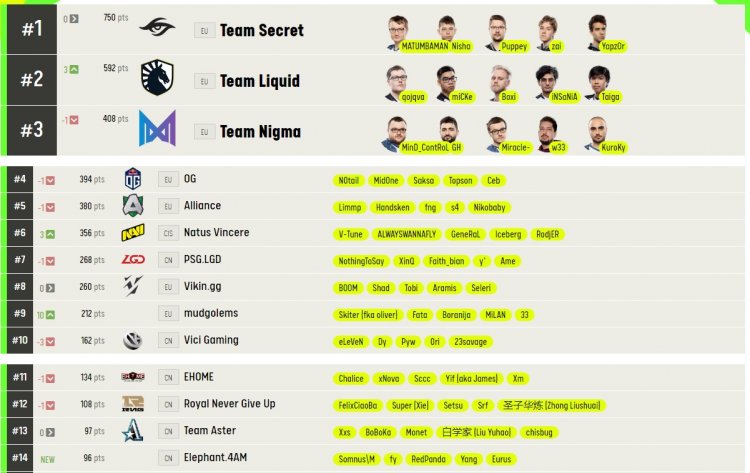 On the first line with 750 points Team Secret.

Team Liquid moved up to the second place. NaVi also moved up three spots and ended up in sixth place in the ranking.
As a reminder, according to the results of the ESL One Germany 2020 tournament, Team Liquid (miCKe, qojqva, boxi, iNSaNiA, Taiga) won Natus Vincere (V-Tune, Iceberg, GeneRaL, AWF, RodjER) in the grand final with a score of 3-1.

Moving up 10 points to 9th place is the mudgolems team. The newcomers to the ranking were the teams Elephant.4AM, Yellow Submarine, Winstrike Team and iG Vitality, which took 14th, 19th, 26th and 33rd places, respectively.

Almost all other team rosters have lost their positions in the ESL list.

Open world, 4K: Journey to Asgard and battle the Anglo-Saxons in The assassin's...