The trailer for the sixth season of Peaky Blinders premiered on the BBC channel, which will be the final one - so far without a release date.

The team of authors of the series is sure that they got the best season of all, and the stakes in the sequel are expected to be incredibly high. Screenwriter Stephen Knight added that the story of "Peaky Blinders" will continue after the end of the series in a different format - details have not yet been disclosed.

In the center of the plot of the project is the Shelby family from Birmingham, which in 20s of the last century represented one of the famous local criminal gangs - "Peaky Blinders".

The creator of Stardew Valley spoke about the future of the game and about Haunted... 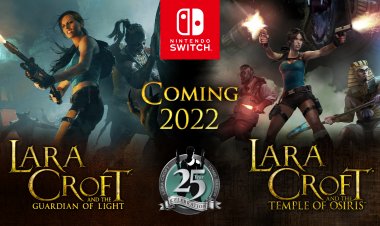 In celebration of the 25th anniversary of Tomb Raider, Square Enix has announced...