Killsquad: a cooperative action game combining a multi-directional shooter, hack and slash with an admixture of character development and customization. 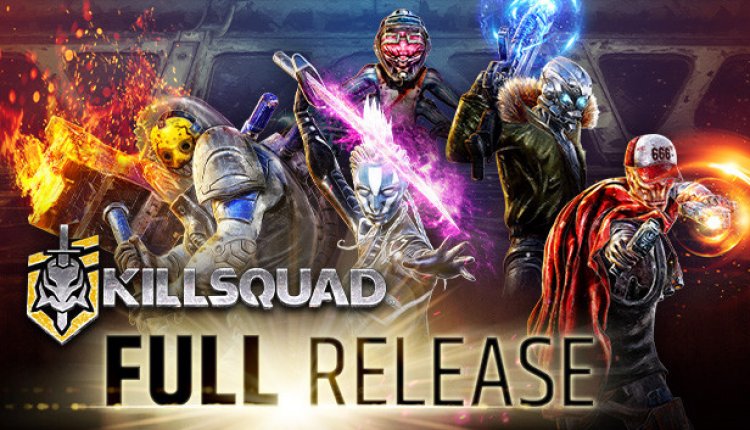 Welcome to Killsquad: a cooperative action game combining a multi-directional shooter, hack and slash with an admixture of character development and customization. Start your exciting journey through five planets inhabited by various enemies waiting for a fight. Choose a hero, his abilities, weapons, equipment and talismans, and then go to destroy waves of furious enemies and terrifying bosses.

Kill squad offers direct control of the game from the keyboard or gamepad. Shoot fast, dodge even faster or you will die faster than the others. The game is based on short dynamic contracts for 10-20 minutes, which can be played solo or in a cooperative with 4 friends. The game is a bit like a multi-directional shooter. Or on hack and slash. Or on the dungeon crawler with a view from above. Or a sci-fi shooter. In short, the game is similar to Kill squad. You will definitely like it, both with friends and alone.

In Killsquad, you will have a choice of five classes of heroes, each of which has its own abilities and equipment. You will be able to choose from melee and ranged fighters, depending on your preferred style of play. As you progress, you will receive powerful upgrades for your abilities and apply them in battle. For the successful completion of contracts and tasks, you will receive generous rewards that can be spent on various equipment, upgrades, devices and looks.

In the campaign, you will have access to 30+ contracts on five different planets, which you will visit as you progress. You can play the game with friends or random bounty hunters. You will be able to join another squad in the middle of a task to help them. Cooperate and act together to complete all contracts and get as many points and loot as possible.

Collect weapons and equipment with unique characteristics that will complement the abilities of your heroes. Earn a reputation with the Unseen to gain access to their Talismans - powerful and mysterious artifacts with interesting passive effects. Keep in mind that at first these effects will only cause harm, but then, when you fulfill special conditions, talismans will become a significant improvement for your arsenal. Use various combinations of abilities and upgrades to create crazy builds and make heroes exactly what you want them to be.

However, none of this would matter without the main dish: enemies. Hordes and waves of terrifying enemies will try to destroy you using teeth, claws and more. But don't worry, everything will be fine. But this is not accurate, especially when it comes to bosses. You will face 15 bosses, each of which has unique mechanics.