Rumors about the next FromSoftware studio project appeared on the web: it could be the relaunch of the Armored Core franchise.

Rumors about the next project of the studio FromSoftware appeared on the web. According to unconfirmed information, it may be the relaunch of the Armored Core franchise. The source of such data was a user of ResetEra forums under the nickname Red Liquorice, who allegedly managed to get access to a closed presentation of the game, which includes a description, a set of screenshots and two short gameplay teasers.

As Red Liquorice explained, the screenshots that fell into his hands are protected by watermarks, so he does not intend to publish them. In turn, the user posted a description of the new part of Armored Core in full. You can read it below.

"Melange is a little-studied substance that can change the course of development of all mankind. In the past, this matter caused a huge catastrophe on the planet Bashtar and the nearest star system. Decades later, the source of Melange was rediscovered on Bashtana. Now a new conflict has broken out around this substance, involving entire governments, corporations, cultists and mercenaries. You assume the role of one of the latter.

Our game is a mecha shooter with a third-person perspective, where you have to navigate through a giant map made in the aesthetics of science fiction. Get ready to engage in battles both at close range and attacking enemies from afar."

The description clarifies that Hidetaka Miyazaki, the father of Dark Souls, is directly involved in the creation of the game — he once began his journey in the FromSoftware studio with the Armored Core series.

A unique FromSoftware handwriting with a deep vision of the genre and multi-layered aesthetics. The events unfold on the planet Bashtar and its ruined lands — with a wide scale, ideal for a mecha adventure.

On a spacious three-dimensional map, you will be able to fully appreciate the scale we have created. In different locations, you will meet different difficulties and opponents, as well as unique scenarios and situations that you will want to return to again and again.

Experience the excitement in close and ranged combat

Our game offers not only attacks from a distance, tied to the use of various guns, but also a melee system, where blades and shields are used. When faced with rivals, independently determine the most profitable tactics.

Our mechanics of moving in space allows you to perform maneuvers that are inaccessible to an ordinary person. You are free to move freely in different directions, using the mobility inherent in high-tech mechs.

Freedom to set up and develop

You can freely change and improve various parts of your mech and its weapons. This mechanic allows you to create a car that suits your own playing style. Create mechs that focus on melee and mobility, or powerful tanks that can destroy an entire group of enemies with one shot.

The source did not name any information about the timing of the announcement, release, official name and list of platforms of the new Armored Core.

The developers of the remake of Dead Space have started creating a new AAA game...

The biggest update: The trailer of the new patch for DOOM... 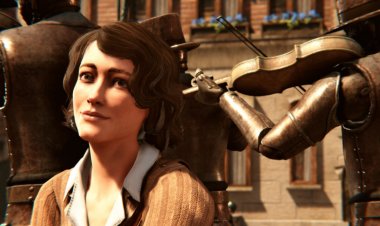