Fortunately, Germans from Crytek did not limit themselves to reissue of first Crysis, and a year after appearance of first remaster, a whole trilogy of most nanotechnological shooters in history of video games adapted for modern consoles and PC saw light.

Crysis Remastered Trilogy: A three-liter jar of pickles from Crytek - review of a computer game for Xbox Series X/Series.

Although we have already managed to be horrified by the quality of the remaster of the very first part, a lot of water has flowed from the release, and many of our claims can be, if not crossed out, then at least downplayed. Firstly, the nextgen consoles came to us for the holiday, and annoying brakes, problems with loading textures, ubiquitous graphic artifacts, friezes and frantic dancing of the FPS counter were significantly reduced. Yes, the root problem of the engine with the inability to use more than two processors has not been fixed (and it is unlikely to be fixed ever), there is no question of any reinforced concrete 60 FPS even on the Xbox Series X and PS5, and even in performance mode. But the game is already running smoothly enough so that your head doesn't hurt, and you just enjoy the gameplay with a very decent picture. Another positive change is the return of the lost Ascension mission on fighter jets. Not everyone liked her, but without her, the adventure turned out to be somewhat ragged and very short.

But they forgot to report an excellent Warhead addon to the kit again. In our humble opinion, in Warhead, Crytek developers have reached their peak in terms of building gameplay (it's not for nothing that the “sea of fan” die on GameMAG refers specifically to this game!). The addition made the right accents in the direction of staging and abundance of explosive weapons, while not losing its signature intoxicating freedom within the framework of tasks that have finally become interesting and diverse. The absence of Warhead in the collection was particularly unpleasant for the perception of the Crysis 3 plot. After all, the character of a Psycho, whose misadventures the addon is dedicated to, plays a key role in the plot of the triquel, and his appearance there turns out to be by no means as spectacular as we would like.

You can't say a lot about the remasters of the second and third parts. Graphical changes relative to the maximum settings of the PC versions have to be searched with a magnifying glass. On the PS5 and Xbox Series X, both parts work backwards compatible in dynamic resolution from 4K to 1080p at stable 60 FPS. Crysis 2 was released in 2010, Crysis 3 - in 2013, but both still give an excellent and even competitive picture by modern standards. The third part, even after 8 years, can safely claim the title of the most beautiful shooter. In this aspect, Crytek's artists and programmers were really ahead of their time, and if the video card market still somehow kept up with the studio's ambitions, console hardware only now allowed you to enjoy these games without pain. 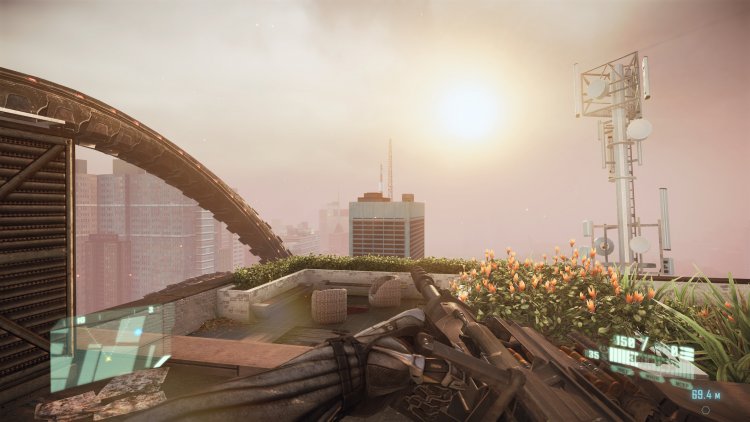 The games themselves have not changed one iota. In the second part, the developers, apparently upset by the not-so-impressive sales of the first Crysis and the dizzying success of Call of Duty: Modern Warfare, released in the same 2007, decided to radically shovel everything. The scene of the action was New York, besieged by alien invaders. Gigantic expanses, crazy interactivity and intoxicating freedom have been significantly reduced. The game has become a much more linear action movie with a strong stake on the plot, an abundance of Hollywood WOW moments, "votetopovorotov" and the rasp of the corrosive music of Hans Zimmer. The artistic style of the aliens became strikingly different from their counterparts from the first part. Squid-like conquerors dressed up in humanoid exoskeletons, becoming surprisingly similar to the objects of their imitation from the Halo series (from afar they are almost indistinguishable from the Sanghaili warriors, and local big men copy Hunters one by one). It's a pity, but the artificial intelligence of the enemies is not even half as good as in Halo, which in many ways separated the overall excellent shooter from the great one.

Stealth worked according to completely inexplicable algorithms, the enemies then sharply detected the hero from afar through the wall in disguise mode, then they did not see him at close range. Fortunately, there were no sections required for hidden passage, and when you carry enemies with a stationary machine gun torn right from the rack, the AI problems are not so striking. The lack of an opportunity to change the voice of the nanosuit to a female one was a bit upsetting, or even completely turn it off in isolation from the plot dialogues (there were such options in the first part). Closer to the middle of the adventure, the hoarse phrases "maximum armor", "disguise enabled” and "nanovisor enabled" begin to storm somewhat. In general, the second Crysis remained, perhaps, the most beloved part of the franchise among the people.

The third part tried to combine the expanses of the original with the staging of the sequel. It turned out quite well, the behavior of the enemies became much more adequate, the widely advertised nano-bow gave stealth a little more depth due to the noiselessness and different types of arrows. However, the game was too short and in many things like two drops of water similar to its predecessor. The main place of action was the same tired New York, only overgrown with greenery.

The triquel did not gain much popularity at the time. In 2013, the attention of the public was occupied by a wave of high-profile novelties like GTA V and The Last of Us, the release of new consoles and an indispensable couple of shooter mastodons in the face of Call of Duty and Battlefield. A good, but imperfect Crysis 3 was somehow lost in this celebration of life, we did not immediately see the ports of the game for the PlayStation 4 and Xbox One generation, few people wanted to touch the externally mutilated and desperately slowing versions for Xbox 360 and PS3, and the owners of top video cards have always been and will be in the minority. Russian Russian localization oddities have moved into the reissue, when in the videos between the levels all the characters are voiced in English, and in the game itself and cutscenes - in Russian.

But I don't want to shovel the affairs of bygone days for a long time. It is much more important to answer the question “does it make sense to acquire this long-suffering trilogy today?". For owners of originals on a PC - definitely not. At least some tangible visual changes affected only the very first game, and those are not always successful. But owners of modern consoles who miss high-quality single shooters and missed the franchise should, at least, take Crysis Remastered Trilogy on a pencil. These are good games that for once work painlessly on video game consoles and even today are impressive in appearance. Given the shortage of classic first-person shooters, now is the best time to pull on a nanosuit and stuff alien invaders with lead!

We went through Crysis Remastered Trilogy on Xbox Series X. 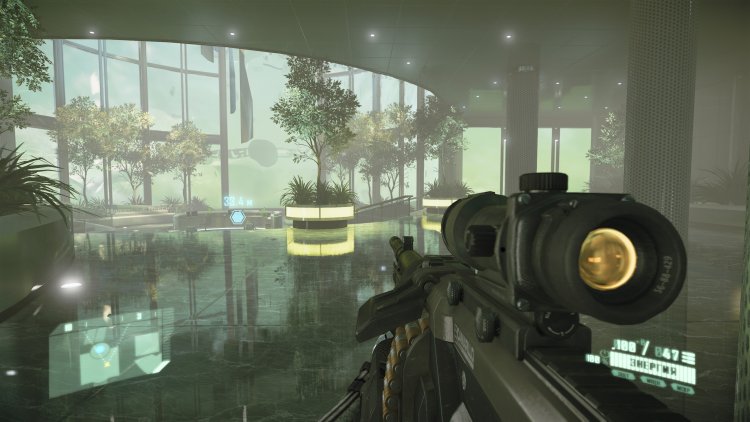 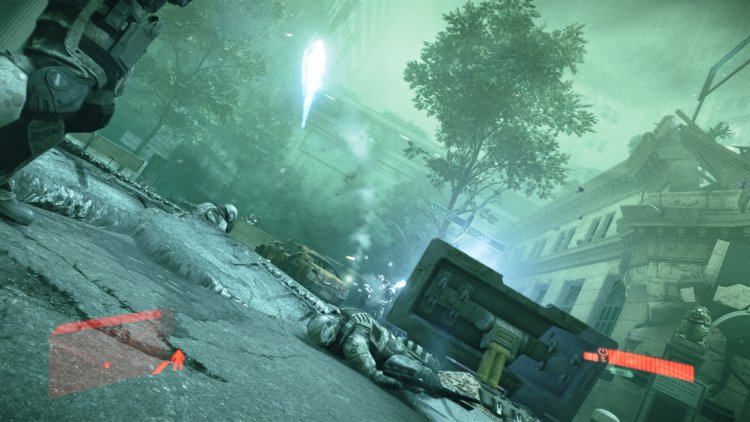 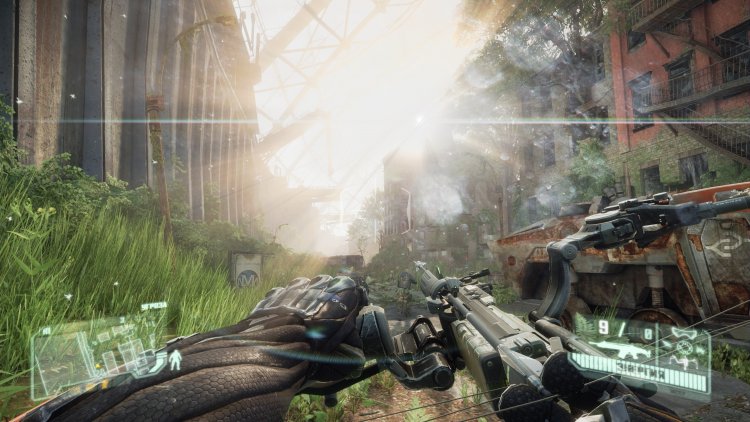 Warner Bros. released an international poster of the Matrix: Resurrection 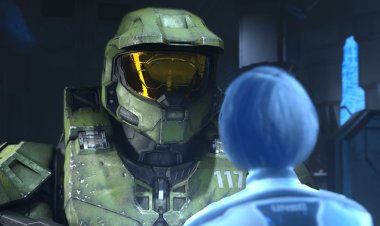 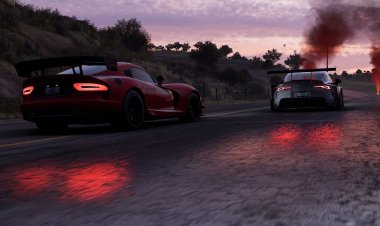 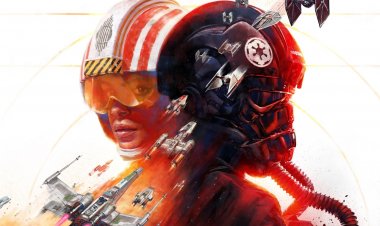