The Polish studio Bloober Team raises the quality bar with each new project, competently taking into account its past mistakes and using successful developments in attempts to create as interesting and diverse a project as possible.

The Medium: is a console game exclusive to Xbox Series X|S with a great storyline.

The Medium is as close as possible to this goal, although it has a number of notable disadvantages.

In the center of the horror story for the Xbox Series X / S and PC - a girl named Marianne, who since childhood has amazing abilities. Having lost what she thought were her parents in a car accident, she learned to move between worlds, communicating with the spirits of the dead and seeing them off on their last journey. However, soon, instead of an orphanage, she finds a foster family, a loving guardian, Jack, and a purpose in life. Years pass, and one day on the day of the death of her foster father, Marianne receives a call from a stranger who promises to reveal the secret of her gift if she comes to the abandoned boarding house "Niva". It is in the walls of the crumbling sanatorium for the party elite of Poland that the past of the main character and the ancient infernal evil are hidden.

Using an original story that suddenly weaves Polish flavor, Nazis, the Holocaust, demons and ghosts into the plot, the authors mix several genres, constantly changing the flow of gameplay. At first, The Medium resembles Dreamfall – the heroine also walks through limited locations, collecting and using key items, which, fortunately, are highlighted here. And when she finally finds herself in a boarding house and finds a flashlight, Marianne turns into the heroine of Silent Hill. In addition to the puzzles and the search for objects, the oppressive atmosphere and stealth sections are added, in several places of the game you will have to run away from an immortal enemy or hide behind boxes. Towards the end, The Medium begins to resemble The Evil Within or even Control in its architectural solutions and overall narrative atmosphere. At the same time, the authors use the ability of the girl to be present in two worlds at the same time exclusively by scripts, including a split mode or a complete transfer to another dimension.

Despite the fact that Marianne has many abilities, such as the ability to leave her body for a short time or use emotional sources to fuel energy and direct the received forces for attack and defense, The Medium is a completely simple game. All the keys are nearby, and the puzzles are incredibly simple and straightforward to solve. Clues and items that are important to the story are often located in the next room. As the story progresses, the authors try to add new things to the game, such as a bolt cutter for snapping chains and mirrors to move between worlds, or force you to use an energy shield against hordes of insects, but this does not give an additional challenge. Even changing the character in the middle and end of the story with the new mechanics looks simple and organic. On the other hand, I was not at all annoyed by the low level of difficulty, but rather, on the contrary, I was surprised at how logical and successfully implemented all this in the game. The simplicity of The Medium allows you to slide through an interesting story, as if through the pages of your favorite book.

Naturally, there were some drawbacks. Several game sections, especially for the second character, were drawn out and boring. The animation of individual characters seems clumsy. Well, the sections with an escape from an unkillable monster instead of entertainment are annoying with the curvature of the control and the primitive design of the locations. Also, the episodes with stealth and balancing on rails over the abyss seemed superfluous to me. They could not bring anything fresh or unusual to the gameplay. 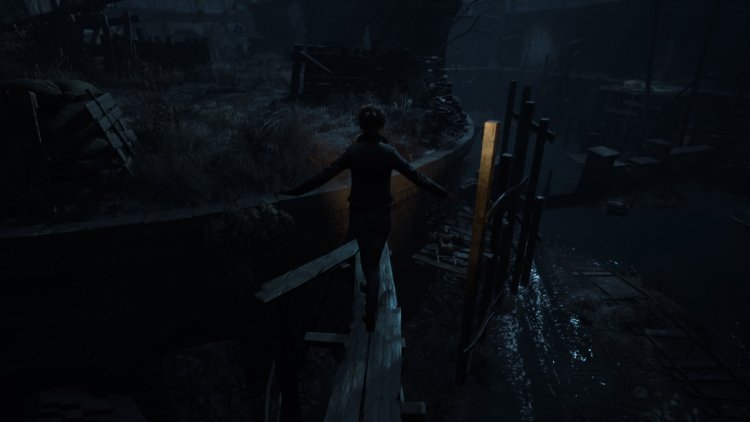 But the main gem of The Medium is the plot. The Bloober Team managed to create one of the most confusing and incredibly interesting stories, where it is often difficult to predict what awaits you behind the next turn of the scenario. As I mentioned above, everything is mixed up here - from traveling between worlds and meeting demons to the period of the Nazi occupation of Poland.

Graphically, the game looks different. Some sections seem photorealistic, while other parts of the scenes lack detail. At the same time, the authors quite successfully use the best practices from their past projects. The forest seems to have migrated here from Blair Witch, and the dog from there. Somewhere you can see dirty textures or imperfections, in other areas the overall composition is saved by lighting and great art design.

The soundtrack from Arkadiusz Reikowski and Akira Yamaoka complements the dark atmosphere, and the title vocal composition highlights the emotional discoveries and experiences of the characters. And of course, in The Medium for more immersion, it is best to play with headphones. 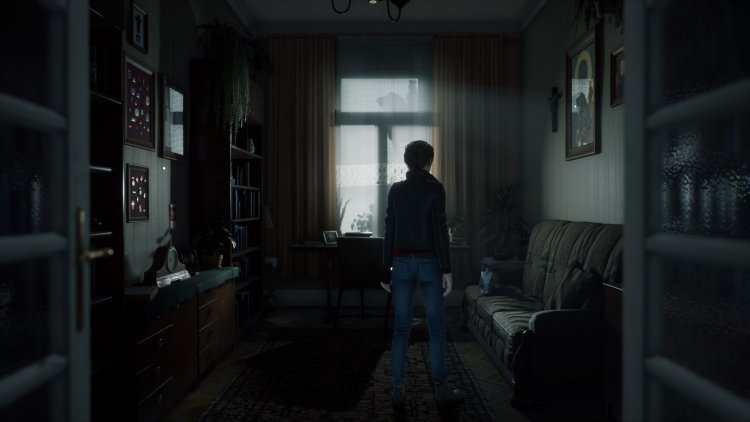 The Medium is a scripted adventure built on a leisurely exploration and exploration of the world around you, with simple puzzle solving and rare running and stealth sections. There is no shooting and action, and the emphasis is on the narrative and atmosphere.

The Medium offers one of the most detailed, fascinating and in-depth game stories of the last few years. The game is full of exciting moments and unexpected twists. If you love The Longest Journey, Silent Hill and Evil Within for the atmosphere and delivery, but do not want too much action, then The Medium is just for you.

And fortunately, for Russian players, the subtitles were translated as close to the original as possible. 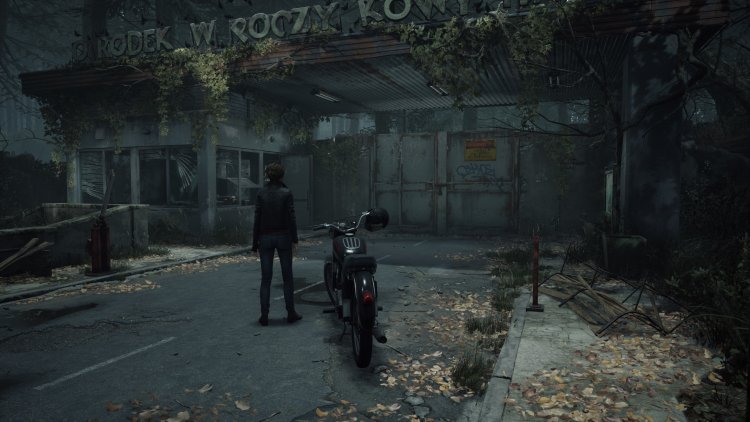 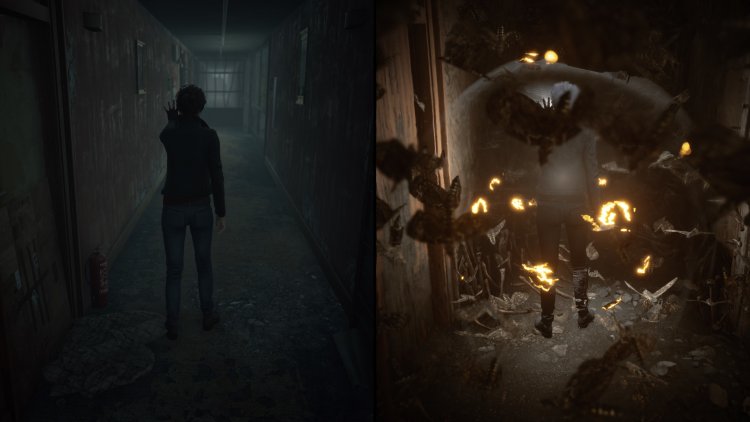 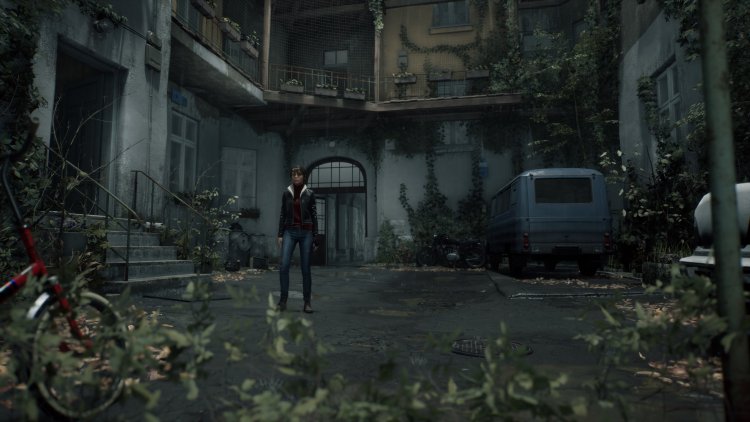 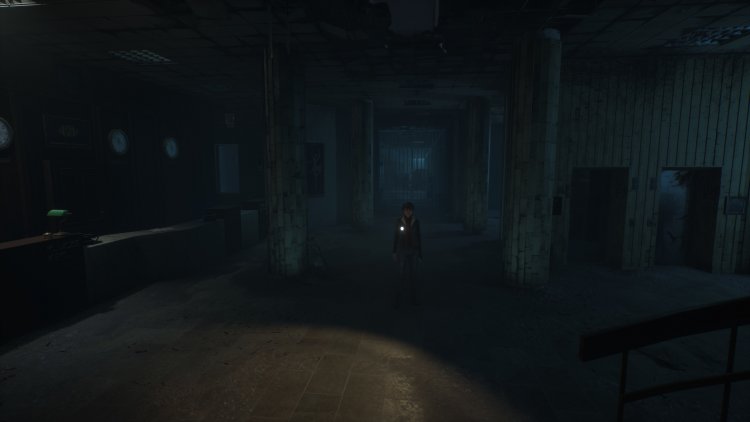