Annual sports simulators develop gradually, some changes occur every few years. At the end of regular generation of consoles, developers usually bring to mind the achievements of the past, and already on the new hardware they begin to introduce serious innovations in gameplay, physics and graphics.

Not a breakthrough, but still an exciting football simulator.

A typical example of this approach is FIFA 21. Despite the fact that it will receive a version for the PlayStation 5 and Xbox Series X, a fundamentally new project is worth waiting for at least next fall. However, canadian experts from EA Sports have something to please players even now.

Immediately after the launch of FIFA 21, the developers offer to play the Liverpool – PSG match at the Ataturk Olympic stadium. This is probably how they see next year's Champions League final. Already in this match, you can understand that the simulator has undergone a rebalancing, as a result of which it is perceived a little differently compared to the previous part. The dribbling system now seems more responsive and simple, so the technical players feel a little sharper and faster. Players with high rates of speed have always been particularly effective, and now the same Mbappe just breaks the opponent's defense and in the right hands is a great danger for almost any team. Because of this balance mechanic, the final score in some matches can be very large. Although, given the recent results of some high-profile matches in real football, such an outcome no longer seems so unrealistic.

This year, the developers have improved the intelligence of football players. They began to choose a better position and generally act more competently in accordance with a particular task. Defenders are less likely to make serious mistakes, and players in attack and midfield are better open to the ball. In addition, during the advance to the opponent's goal, it became possible to direct the nearest team-mate to the specified zone, so that he opened for a transfer or made a run behind the opponent's players. Given the advantage of fast players over traditionally heavier defenders, this maneuver works very effectively.

EA Sports also updated the animation system. Now the movement is a little smoother and faster than it was last year. Procedurally generated bundles of animations still sometimes give out sharp and jerky actions, but there are much fewer of them than before, and during testing I only met such inconsistencies a few times. Otherwise, the game seemed smoother and more dynamic.

The main new feature in FIFA 20 was the regime of the Volta. Street football replaced the story campaign and in General turned out to be a fascinating and interesting activity, but in some places it was not completely finished. For example, in the opposing teams often came across the same players, and this year this flaw was corrected. 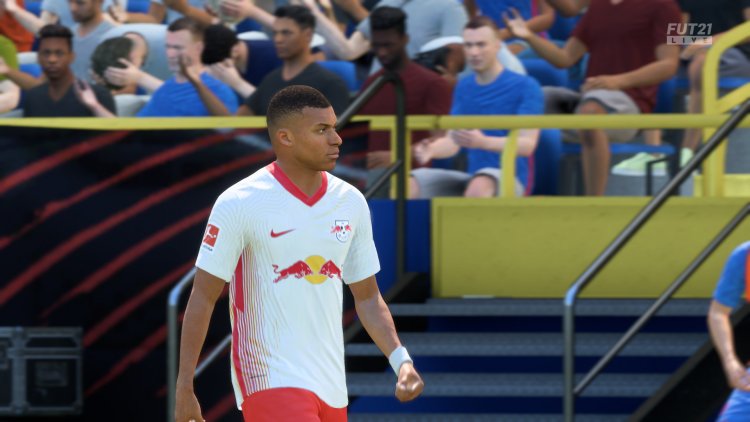 First, you need to create a character that can be either a man or a woman. Then you need to play football and pump the characteristics of your avatar. Between matches, it is often suggested to practice and work out one or another aspect of the game. By completing various tasks, you can unlock new equipment. By the way, it seems that its number and variety has increased compared to FIFA 20.

The story itself is present here only as a formal explanation of why the street team travels to tournaments that take place in different parts of the world. Despite the triviality of the story, it contains such legends of the past as Thierry Henry and Kaka, as well as a glimpse of Lampard, Schmeichel and Zidane. Actually, you can get them to your team by winning various tournaments after the story ends.

Otherwise, this mode is similar to last year's. Fighting a variety of teams, you can add one of the defeated players to your team. This approach encourages you to play against a stronger opponent, because in a few hours you can collect good players and play for fun not only with artificial intelligence, but also with other gamers from the network.

As before, matches differ in the number of athletes in the squad. The style of the game and some other nuances depend on it. For example, in the 3v3 variant, there is more space and opportunities for one-on-one play. Dribbling here works much easier than in the main modes, and given that this element has become faster, you can play Volta very beautifully and spectacularly, without making much effort. In 4 - on-4 and especially 5-on-5 matches, there is less room for maneuver, so you often have to rely on short shuffles and calculate each trick or feint based on the position in space and the surrounding opponents. Some sites have fences, in this case the ball goes out only when flying through them, which opens the possibility for “billiard” passes with the calculation of the rebound or gives you the opportunity to beat your opponent using the wall.

The Volta mode in FIFA 2021 has become more holistic. Perhaps in the future, it will become as integral a part of the series as the Ultimate Team. Although personally, I would really like to see a full-fledged game based on Volta.

As for everyone's favorite FUT mode, everything is without any changes. We create a team, open the first packs, get players, from which we collect the composition taking into account several parameters of teamwork. By completing various tasks, you can unlock rewards, including various sets with football players. Of course, it is very difficult to build a strong team without an infusion of real money.

From the set of packs included in the “ultimatum” edition, I personally did not have a single powerful athlete. In the first few hours, you can borrow young stars like Erling Holann or the aforementioned Kylian Mbappe for a few matches so that you don't feel so sad, but as soon as their loan ends, you have to play with a weak squad for a long time. However, if you don't want a long and tedious build a dream team, you can buy the notorious FIFA Points and try your luck in the next roulette packs. Many fans have long been accustomed to this state of Affairs, perhaps someone even likes it, but in General, such a fascinating and interesting mode is spoiled by such a clear link to the grind and Donat.

The FIFA series has always been famous for a large number of licenses, and it is unusual to see that the game is missing one of the major and popular clubs. As last year, instead of Juventus, there is a “Piemonte calcio”, there is also no logo and a real form of “Roma”, and Russian fans will be saddened by the absence of Zenit St. Petersburg. But personally, as a person who is used to such things in PES, this state of Affairs does not bother me, because it can always be corrected manually. 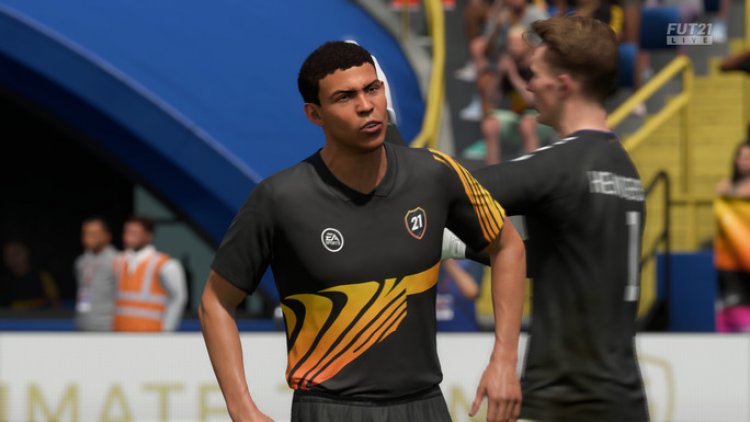 As expected, FIFA 21 gives the impression of a big update before the new generation. The developers rebalanced the gameplay, as well as slightly tightened various other aspects of the game. Fast players like Mbappe seem to be very effective and strong, which sometimes leads to high performance. The Volta mode was developed. Now this is a full-fledged game inside FIFA, which is no less exciting than FUT. The authors promised to update the project for the next generation of consoles – perhaps then there will be some more serious changes, but really something new will be seen only in a year. Although even without major innovations, FIFA 21 is an exciting football simulator. 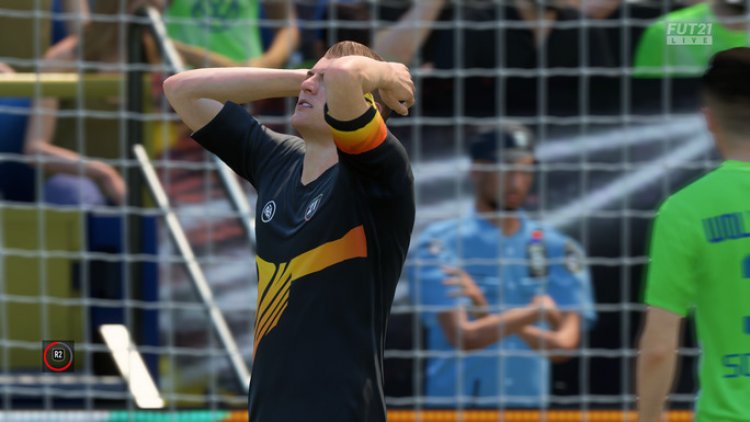 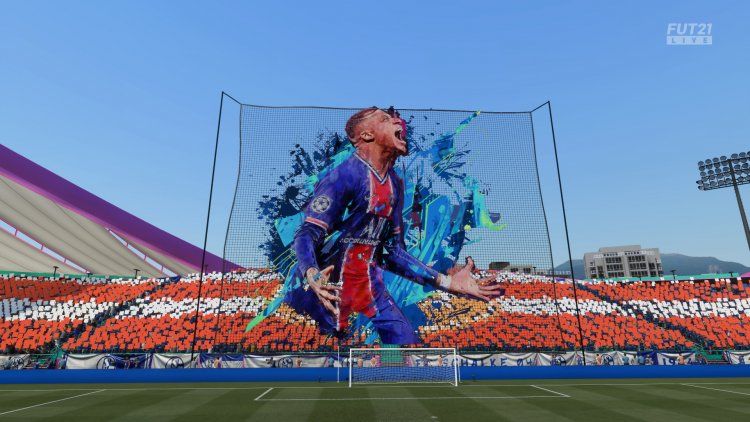 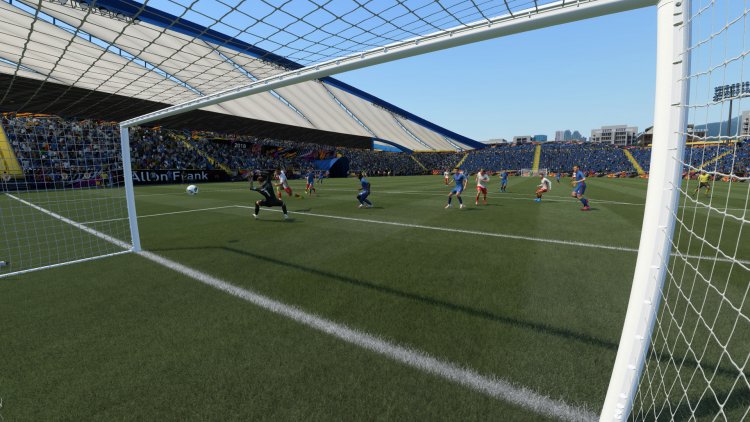 Mandalorian - season 2: Disney has revealed a new commercial for the series - the...