The recently launched Lost in Random from a small Swedish company Zodiac aims at a niche of unusual adventures, offering a bizarre world, as if crossed from the fantasies of Tim Burton and the fetishes of American McGee.

Lost in Random - A roll of the dice solves everything, game review for PS5.

At the center of the story of Lost in Random is a bizarre kingdom where all problems are solved with a roll of the dice. However, the despotic queen, who destroyed all competitors a long time ago, has a monopoly right to own the bone messenger of fate. According to local laws, when a child in this country turns twelve years old, he must throw the dice. The number that falls out will change his fate – it will determine the city of his residence. Those lucky ones who throw out a six will go to the palace to the cold queen. Sisters Evan and Odd also test their fate cube, and if Evan is forced to stay in the first settlement for losers, then Odd knocks out a six and goes to the queen's chambers. But Evan does not agree with this turn of fate and, in spite of everything, embarks on a search for her beloved sister. In this fantastic journey, she will have to find the last magic cube, which she affectionately calls Daisik, save the cities from the queen's minions and oppose the lady of darkness.

Combining elements of adventure, tactics and action, Lost in Random quite skillfully manipulates the player. You explore new locations, communicate with bizarre characters and complete quests in the spirit of “give and bring”, but once you get bored, dynamic battles come to the fore. Having received a reasonable cube at his disposal, Evan begins to find magic cards, each of which has its own effect during the duel. The first set appears randomly, and the rest have to be changed for gold coins from a local merchant. The cards allow you to lay out automatically or assemble your own battle deck, depending on the tactics of the duel.

According to their properties, the cards are divided into cheats, attacking, defensive and dangerous. Before the start of the battle, the heroine needs to shoot down special crystals from the opponents with a slingshot, which fill the card scale. When one or several random cards are opened at once, you can roll the die. The number of dropped points allows you to use cards of different levels. And here the sequence is important: some samples can reduce the cost of all other cards, others can create a force field, others turn into weapons or cause toxic damage to the enemy. Your task is to kill waves of enemies and, knocking down crystals, use random selections of cards from your personal deck.

From the very beginning of the battle, Evan has nothing but a slingshot, which is only suitable for attacking crystals. But a dropped sword or bow card will help her deal damage to the enemy, and poison or a giant hand will accelerate the destruction of even very formidable mechanical soldiers. Over time, Ivan will master the jump, which, if used correctly, can knock down a large number of crystals from enemies. At the end of the battle, all received statuses, including weapons, are reset, and in the next battle everything has to start from the beginning, although this rule does not always work. Sometimes you are allowed to keep some of the acquired skills, but only for a limited time.

This seemingly funny mechanics hides the main problem of Lost in Random. If at first it's fun to roll a die and use cards, then over time the number of battles increases, they greatly delay the story, and it just becomes boring. The situation is not saved by either new maps or the similarity of mini-games where you need to move a figure, shoot a cannon and run away from an impending deadly wall, passing zones on the board. The fact is that the opponents in most cases remain the same, and the mechanics of the throw are greatly reduced. The plot is designed to save the situation, but there are only enough authors for the first three cities, and then repeating elements are noticeable. In addition, side tasks do not bring anything but trophies and coins, and their content does not go beyond running around several points. 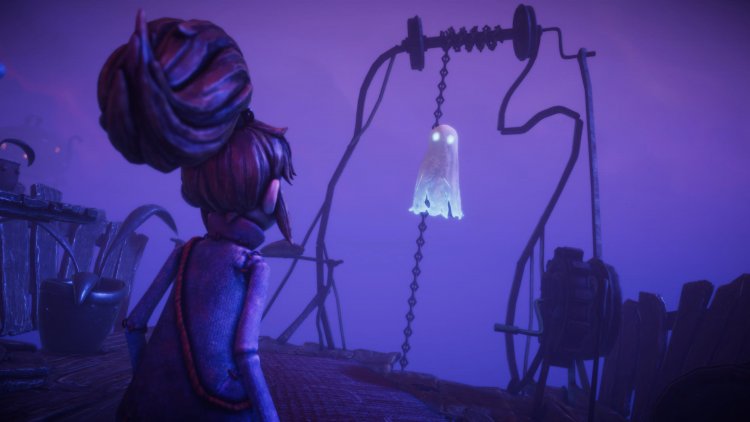 Bosses, on the contrary, are quite interesting, some stand out with unique mechanics and peaks of difficulty. So, the opponent from the second city can argue on the level of difficulty even with the enemy from the final confrontation. However, the game allows you to simplify the passage at any time in the story.

The visual part is the main attractive feature of Lost in Random. Strange characters, as if made of rags and scraps, gloomy surroundings and majestic monsters plunge into a gloomy dystopia. Unfortunately, the world, the corners of which are initially interesting to explore, eventually loses its magic, since there is simply nothing there except for vessels with money. Side tasks are not interesting enough, and the puzzles are too simple. Not all storylines are completed properly.

Lost in Random is an interesting world and unique characters, but the authors did not have the patience and money to work out all six cities in detail, filling them with unique and interesting side tasks. Card mechanics, for all its fun, looks overly overrated, unlike the version from the recent domestic "Black Book". But even considering all of the above, for the sake of aesthetics and characters, we would love to return to Lost in Random for a new portion of the magic story. 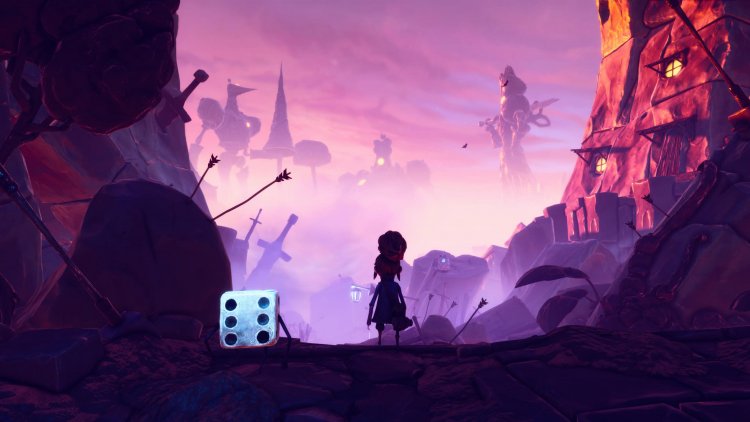 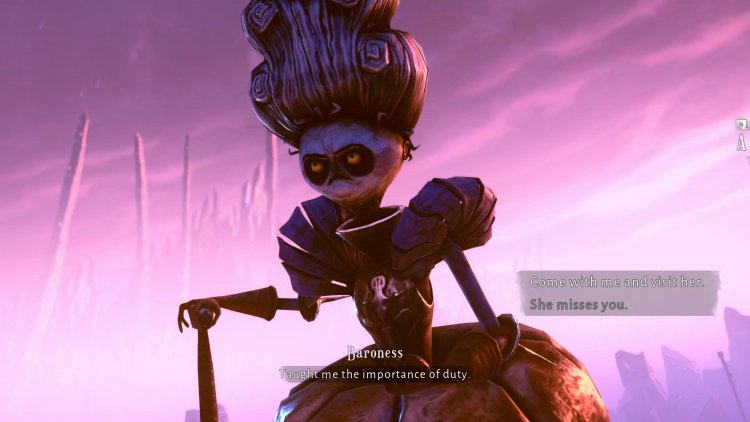 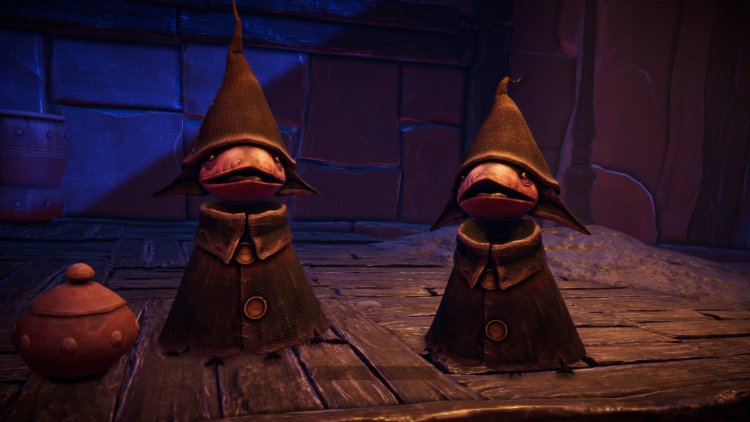 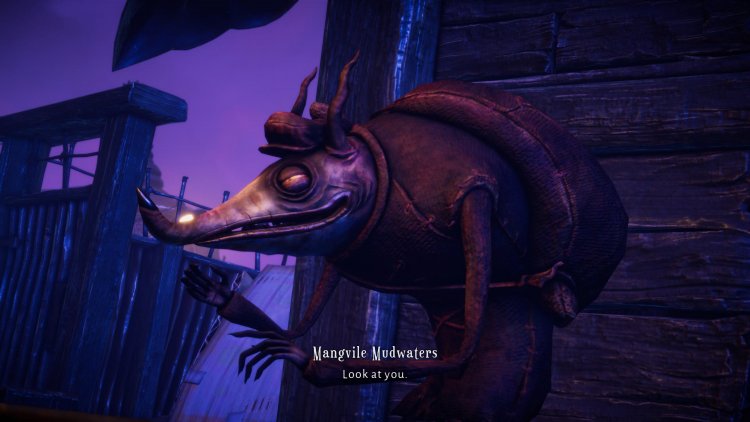 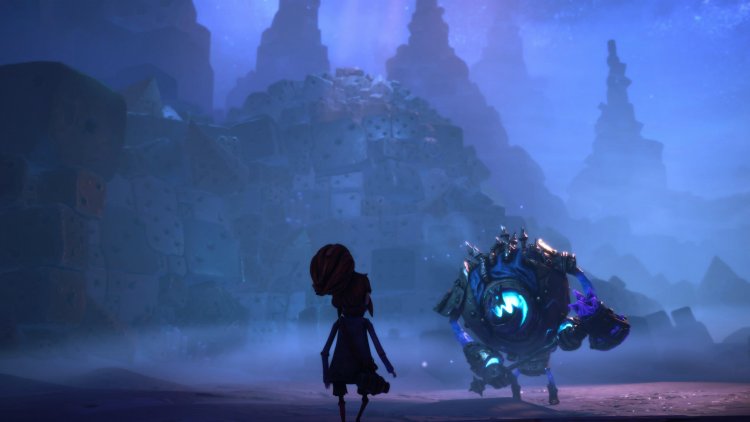 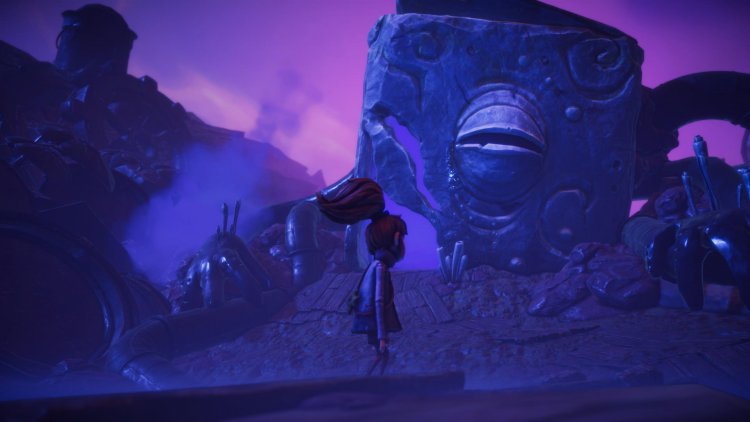 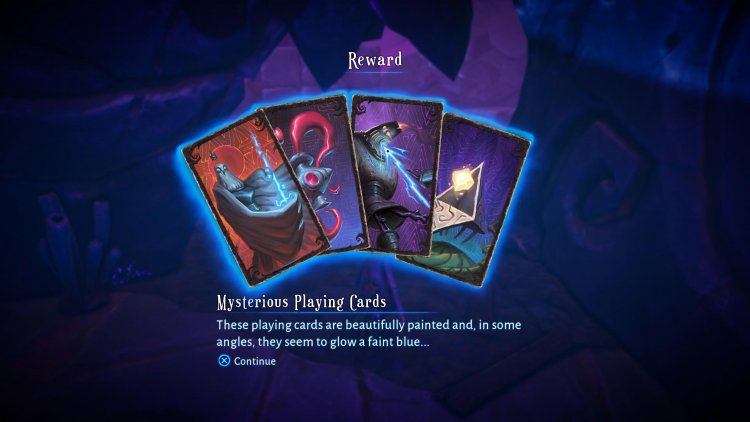 Tom Hanks in the post-apocalypse with a faithful dog and a robot in the trailer...

Under the influence of Dead Space: A new gameplay trailer for the horror Negative...