The history of Asterix & Obelix began more than 60 years ago, first comic by Rene Gossini and Albert Uderzo about cheerful Galle appeared in Pilote magazine.

In the story, Asterix's native village is occupied by Roman troops who have captured the whole country. However, a small rebellious settlement steadfastly resists the invaders. In order to repel enemies, the Gauls use a magic potion created by the druid Panoramix. It grants the drinker superhuman strength, which Asterix decides to use.

In later issues, the good-natured Obelix joins him. The fat man accompanies the main character on his travels, and then becomes a full member of the team, and his name is indicated in the title along with Asterix.

The Asterix comic book series has 38 volumes full of humor and original ideas. The latter easily form the basis of most genres of computer games, of which there are a great many based on the adventures of the Gauls.

Given the age of the original source, Asterik projects are not very popular nowadays. However, the Asterix & Obelix XXL trilogy found its fans, and in December, the French Mr. Nutz Studio, currently developing a remake of Joe & Mac: Caveman Ninja, released its own creation.

Asterix & Obelix: Slap them All! It is a classic two-dimensional bitmap with hand-drawn characters and surroundings. The picture in the first minutes is breathtaking — the player seems to see a comic book come to life, where the blows are accompanied by pop-up clouds with text and the effects of dissected air.

There are four difficulty levels to choose from - from the easiest to the ultra-difficult. However, they differ only in the damage they receive from enemies whose artificial intelligence is in its infancy. The simplest mode should be turned on only when playing with a child, the benefit of Asterix & Obelix: Slap them All! it disposes to this. 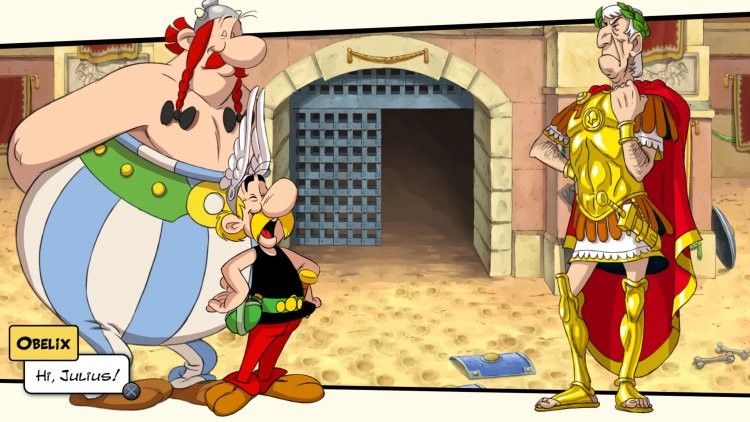 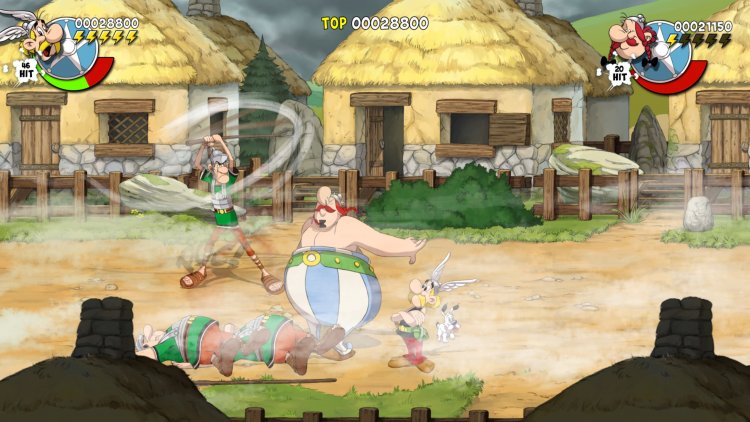 The creation of Mr. Nutz Studio has disowned modern trends in the form of an online game or pumping. The heroes deftly muzzle enemies with weak blows, and also know how to apply special techniques involved in the "triangle" (here and further, the buttons of the DualShock 4 controller are meant). Asterix is small and nimble with the ability to launch enemies into the sky with a deft uppercut and get out of the way with a vortex attack. Obelix acts as a kind of Hulk, capable of grabbing an enemy and hitting him on the ground, as well as jumping from above or slapping the offender.

Unfortunately, it will not work to build a monstrous combo, because the combat system, again, is made in the style of classic games of the 90s. Enemies don't even have life bars! And the accumulation of points in Asterix & Obelix: Slap them All! submitted for a tick. Coins collected from defeated enemies are necessary to compare the final score of two players. The internal store is not provided, the poet quickly stops paying attention to glasses, especially when playing alone.

Levels in Asterix & Obelix: Slap them All! very much. All of them are divided into six chapters, plot-based on comics. In their travels, friends in addition to the Romans will meet brigands, dangerous pirates, and even Cleopatra and Caesar. Regions with the task of "beat them all" are diluted with rare arcade inserts where you need to overtake the Roman champion or catch wild boars for dinner. There are only two scenarios, and they practically do not differ from each other: in the first case, it is necessary to quickly press the button, and in the second — to press the blow while being near the target.

The variety of locations and enemies is also not amazing: a deserted beach, a forest, a village, a Roman tent city, mountains and a ship - that's the whole set. All opponents, including bosses, can be seen in the first half of the game, at the end only lions appear, and generals and military leaders are so bored that you want to howl.

An endless string of the same type of characters can quickly get bored, as well as a simple combat system. A solo player can diversify the gameplay a bit by switching between heroes who have separate health lines. It is important to note that life in Asterix & Obelix: Slap them All! only one, and with the death of any of the characters, the level has to start over. This information is relevant for the cooperative mode, where the one who remains on his feet will not be able to lift the unlucky comrade, whose fault the restart will occur.

Half-dead characters are forced to literally run around the arena, hoping to stay alive. By the way, the function implemented, as in classic bitemaps, for a quick double press of the forward button, miraculously saves from cuffs. However, she, like all superprimes, spends a special scale, which can be accumulated from a couple of standard attacks.

Of the minuses, it is worth highlighting not always correct hitboxes, when the heroes miss the enemies seemingly standing on the same straight line, as well as an inconvenient capture system. The latter is implemented on a separate "circle" button and performs, among other things, the function of selecting items to replenish health: apples, bacon or fried boar can be knocked out of barrels found at the level, they also contain coins and wallets with money to accumulate points.

At the end of the level, users are shown plot inserts. Beautifully drawn pictures with clouds of text allow fans of the comic book not to get bored, reminding them what, in fact, they are playing. For other users, such an initiative will seem meaningless. 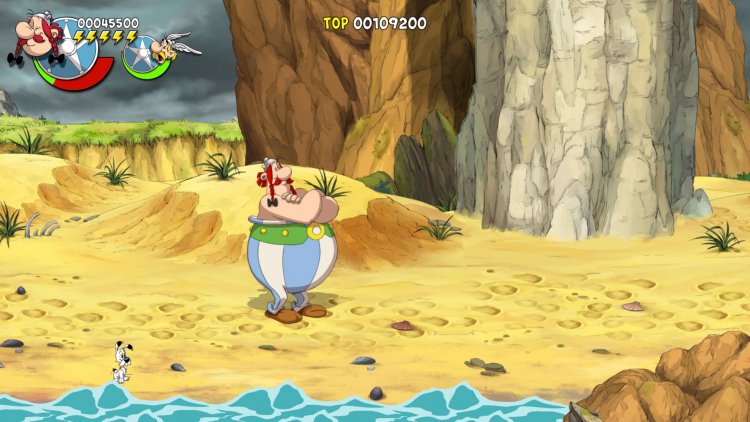 As a result, the levels drag on for a long time, and repeated enemies and locations can cause boredom. The product should be recommended only to comic book fans, children or unassuming players. Also, the Mr. Nutz Studio project is suitable for users who play in fits and starts: pass one level and forget about the game for a couple of days — an ideal prospect for Asterix & Obelix: Slap them All!. Hardcore gamers who prefer to absorb novelties in one gulp, the adventure of the Gauls will quickly get bored and risk being abandoned even before the final credits. 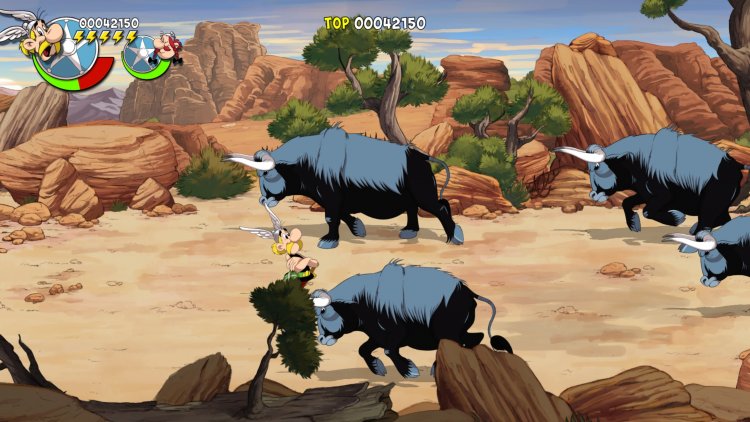 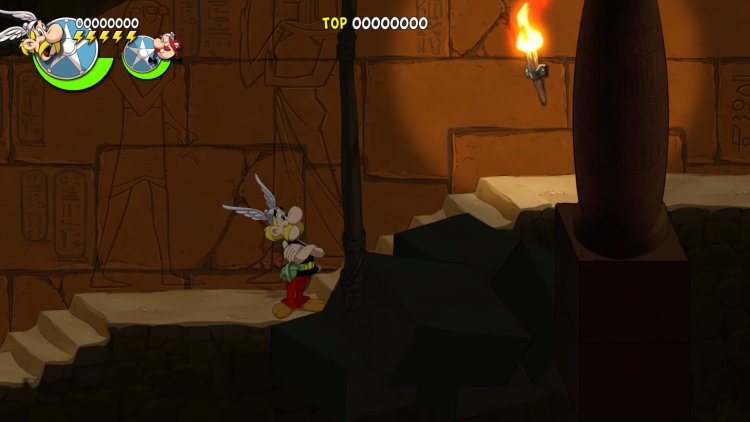 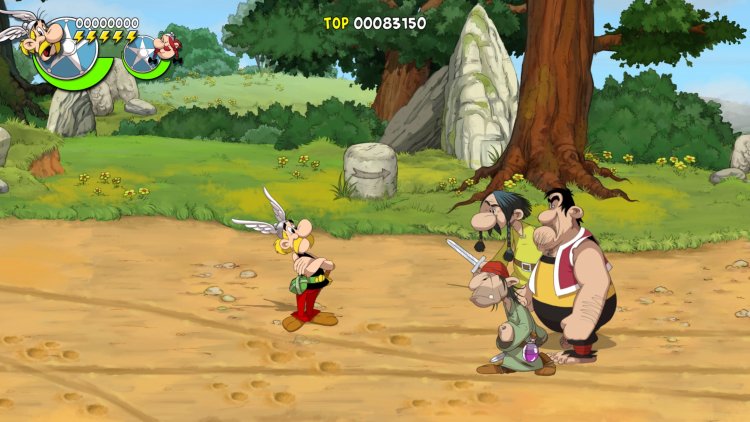 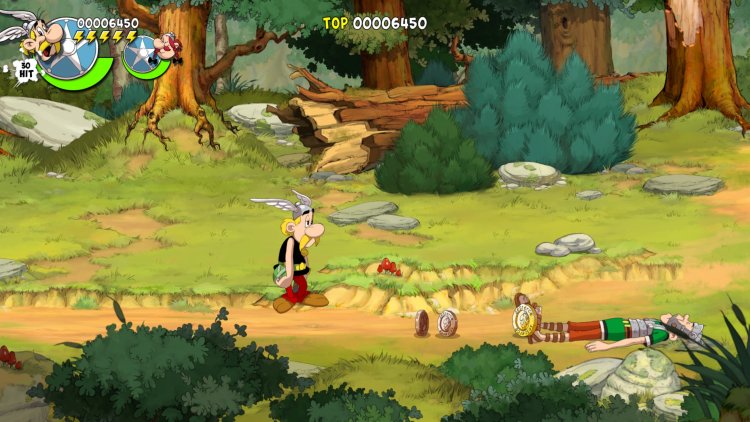 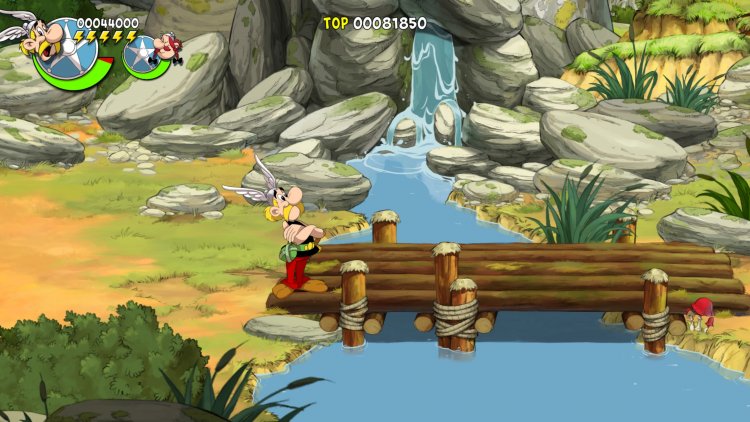 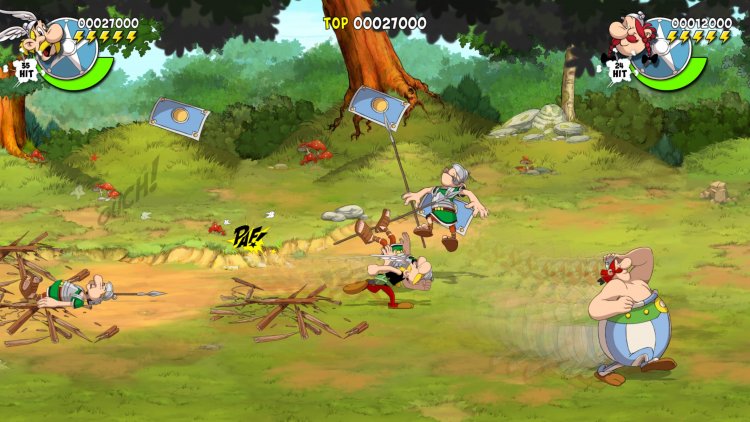 There are new screenshots of Operation: Black Mesa - a remake of Blue Shift and...