While GSC Game World is working on its ambitious project, other studios are trying to attract the attention of the audience with their own interactive works about Chernobyl. On July 28, a full-fledged premiere of Chernobylite took place on the PC.

The accident at the Chernobyl nuclear power plant occurred 35 years ago, but it does not cease to be studied and discussed to this day. Representatives of the entertainment industry also show great interest in the tragic episode of the history of the USSR. In 2019, the HBO series burst onto the screens, which powerfully played out the theme, despite the foreign production, then the creators of the Russian film tried to catch a wave of HYPE, which, unfortunately, turned out to be passable and unforgettable. On the playing field, the topic especially came to life with the announcement of the continuation of the cult S. T. A. L. K. E. R. Well, while GSC Game World is working on its ambitious project, other studios are trying to attract the attention of the audience with their own interactive works about Chernobyl. On July 28, a full-fledged premiere of Chernobylite took place on the PC. 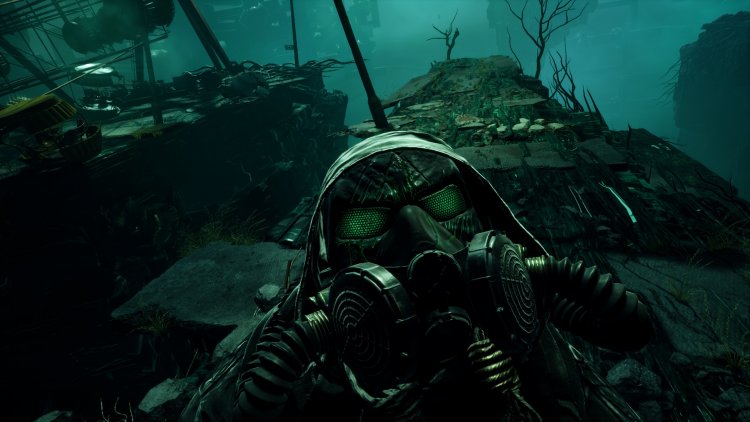 In 2015, the Polish team The Farm 51 became interested in 3D-shooting in Chernobyl for the Chernobyl VR Project, and when it felt that it was the perfect time to release a full-fledged game in this subject, the developments came in very handy.

Chernobylite immediately meets the zone recreated with the help of 3D scanners from the threshold. The developers were very good at photorealistic landscapes and industrial complexes, the beauty of which is perfectly emphasized by the excellent work with lighting.

We play as Professor Igor Himinyuk. 30 years after the Chernobyl accident, he suddenly returned to the scene of the disaster to find his missing fiancee Tatyana Amalieva. To do this, he enlists help, makes his way to the nuclear power plant, and everything naturally goes wrong there. Having barely got out of a difficult situation with the help of a portable teleport, one of our mercenaries, Oliver, and I find ourselves at a certain abandoned base, which we have to equip and inhabit in order to continue searching for Tatiana. Yes, the history here is pseudoscientific, so you should not be surprised by such things as teleporters, ventriloquists and monsters from other dimensions.

This is where the first part of the main gameplay begins: by equipping the base, we create the necessary tools for crafting the things we need, trying not to upset the balance of comfort and necessary resources, such as energy and radiation. Having collected energy sources, radiation showers, beds for our comrades and simple household items and comfort, we gradually, step by step, get access to much more advanced devices and workshops.

Despite the apparent variety of buildings at first, there are not so many really useful elements. The main workshops will be for creating first-aid kits, cartridges, necessary tools for passing into hard-to-reach places (for example, lock picks) and modifications for weapons. By the way, there are very few weapons in the game, only 5 types, but there are a lot of body kits. However, there is no build-building or special assemblies here, so you can safely choose just top-end components. In general, the management of the base is very simple, there is always more than enough food and loot on the maps, so there should not be any emergency situations during the passage, in principle. 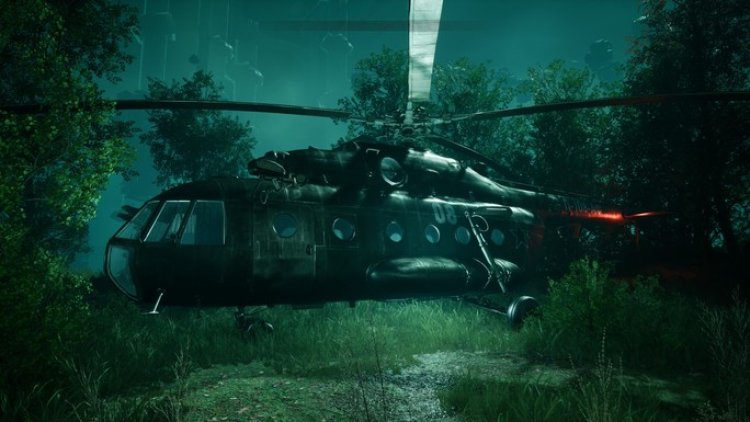 Well, since we are talking about loot and food, then the second part of the gameplay comes into play, namely raids. Every morning we can choose one of the missions (mostly robberies of NAR-local troops), or orders received from comrades or on the radio. The rest of the tasks can be left to your colleagues or do nothing. Having moved to a certain location to complete the task, we are free to grab everything that is not nailed to the floor, which is herbs, electrical elements, fuel, chemicals, cartridges and, in rare cases, guns. Soldiers roam the streets of Pripyat and its environs, and vile monsters that can teleport through walls walk in buildings. You can crawl around them or join the battle if you have weapons and ammunition at your disposal. However, the murder of people here affects the psyche of the hero, and there is a chance that it will be greatly shaken if you often arrange genocide for the local army.

You might think that Chernobylite is too attuned to pacifism, but no – the game has the means to raise the level of both physical and psychological health. Just take a sip of vodka and eat a salad.

In addition to enemies, there are interesting personalities on the map who can offer the hero a barter for rations or equipment. After you decide that the task has been completed and you have nothing else to do, open the teleport with a calm soul and fly back to the base. This is where the accumulated food is distributed between you and your assistants, their results are evaluated and the rest itself takes place. And so it goes day after day. Very quickly, this whole system reveals a fat minus-the number of locations. There are few of them, they almost do not change in any way, and we just crawl through the same places over and over again, and collect the same things. It can get boring very quickly, but fortunately, there are almost always assignments from colleagues.

By the way, about comrades – there are not very many of them in the game. We find literally everyone except Oliver in the zone, and then we decide whether to take him or not to our team. Such characters not only perform missions and eat rations, but are also the main suppliers of side tasks and engines of the main plot. Everyone has their own goals in the zone, and by helping them (or not), we develop relations with them for the worse or for the better. In addition, they are also teachers for the main character. With their help, you can raise certain characteristics or get some very useful perks, like increasing inventory. Each such " lesson” is presented in the form of a small scene or exercise, which, of course, has a positive effect on the atmosphere.

The question of helping colleagues is not just a question of " Accept the mission or not?". In the game, it is very often suggested to choose what to do, and these decisions sometimes go very far. Did they leave some tramp who was acting a little muddy to die? Then he will turn out to be someone close to your potential friend, and you will never be able to invite him to your group. And so literally at every step-the team will constantly discuss your decisions, simultaneously offering its own options for resolving the situation.

But do not strain yourself too much over every crossroads. There is an interesting system in Chernobylite, when with the help of that very Chernobyl (and this is such a very radioactive mineral that is collected during the game) we can change the past, and for this you just need to ... die! Death in this game is not the end: if you fell from the bullets of scoundrels or from the clutches of monsters, then you will simply be transported to the corridor of events, where you will see all the important decisions you have made. After spending chernobyl, you can change what you did, thereby starting another chain of events. And yes, it is not necessary to catch an olive tree to correct the past, because if you die on a task, you will lose a certain part of the inventory. To make the care painless, there is an option to build a camera that will burn you without losing loot. Very humane and tested by the professor himself. 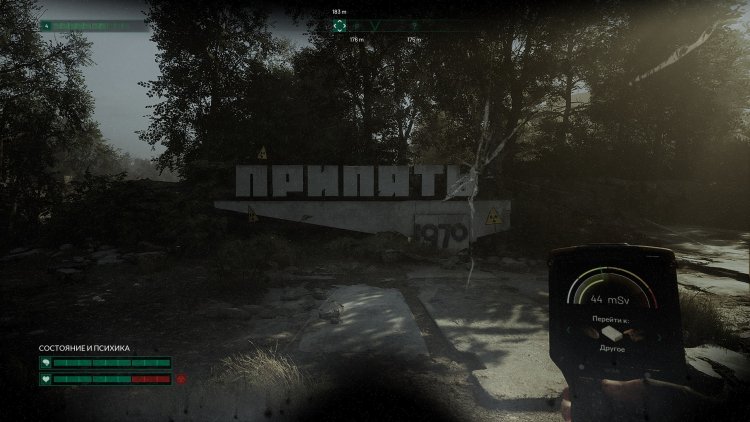 For all this routine, you can forget what all this was actually started for, namely, to find the beloved of the main character. The plot of the game is smeared on side tasks, and to advance you need to find clues and other files related to the disappearance of the bride. After collecting a certain number of clues, you will be able to run a simulation of Ariadne in the form of a linear corridor in virtual space, where projections of the past will tell about how and what really happened. Unexpected revelations will make you doubt not only your comrades, but also yourself...

After GET EVEN, the last story project of The Farm 51, the developers began to tell complicated stories much better, and even the obvious twists will not turn out to be such for the final. I would like to mention the dialogues and their voice acting separately. The characters are often referred to modern culture and even politics, and some speeches may seem quite harsh to someone, but all this fits into the framework of the environment, so there is no dissonance between what people say and what they do. But the voice acting can just spoil the impression with its caricature, both in the Russian version and in English. It is not known whether this was done intentionally or just a lack of budget, but the atmosphere is hitting hard.

After passing through fire, water and the Chernobyl catacombs, you will reach the denouement-a raid on the nuclear power plant, from which everything began. It is somewhat similar to the final mission of Mass Effect 2, where you need to correctly place the team members and be sure that they will not let you down. The climax of the game will reveal all the important secrets and close the storyline. But if this is not enough for you and you want to continue to " survive” in the zone, then please-there is a free mode. 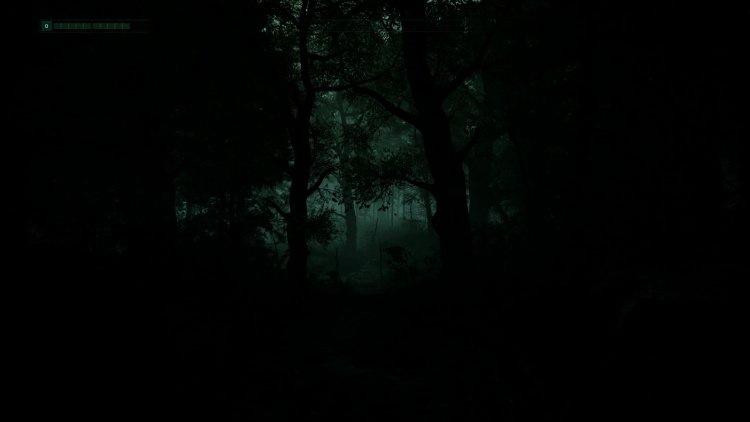 The developers promised dozens of hours of gameplay, but you can see the main content and collect all the achievements in 10 hours, and there is not much else to do in the game. It turned out to be an interesting paradox: usually a plot is sewn to the” survivalists", which often turns out to be a passing one, whereas in Chernobylite the plot part is on the contrary at a height, and the element of survival is simple and not deep enough to drag on for long hours.

Chernobylite will not replace you with "Stalker", but it is a noteworthy game that can scratch the very same wish a little while you are waiting for a project from GSC Game World.

Console versions of Chernobylite will be released on September 7. 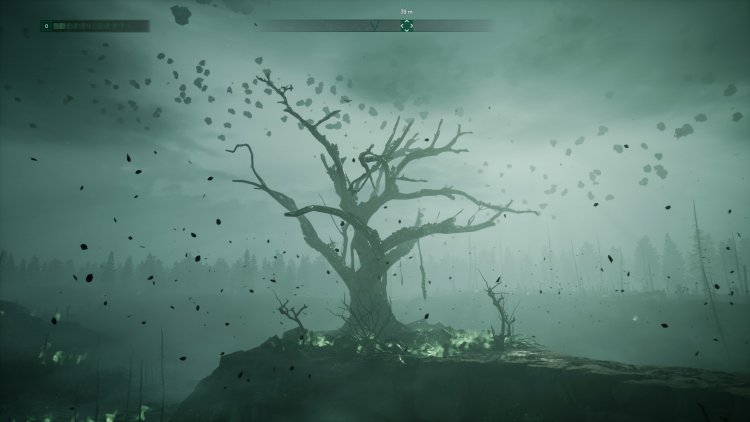 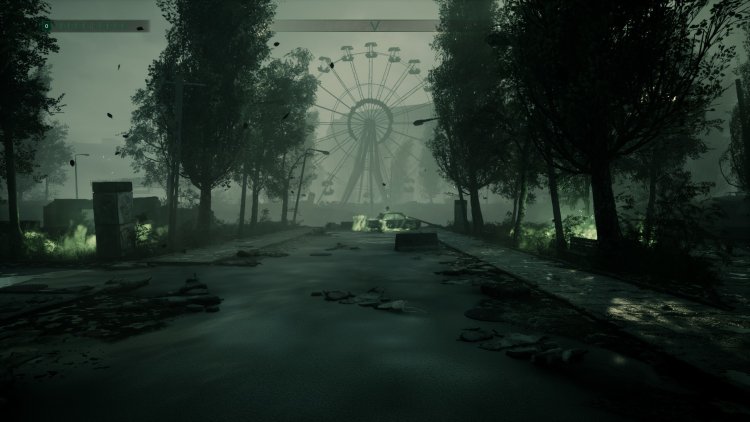 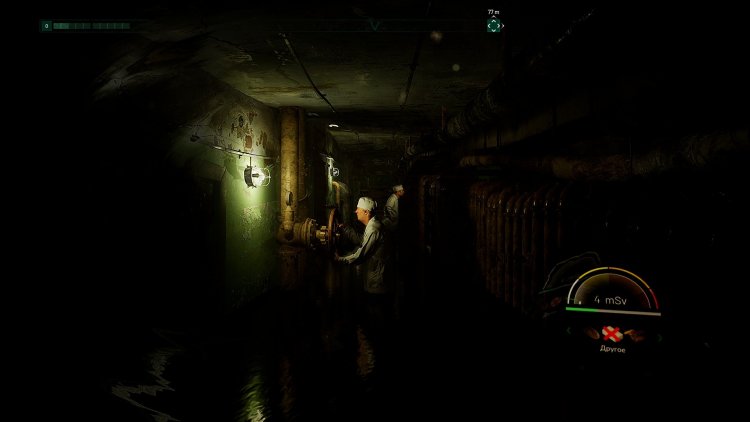 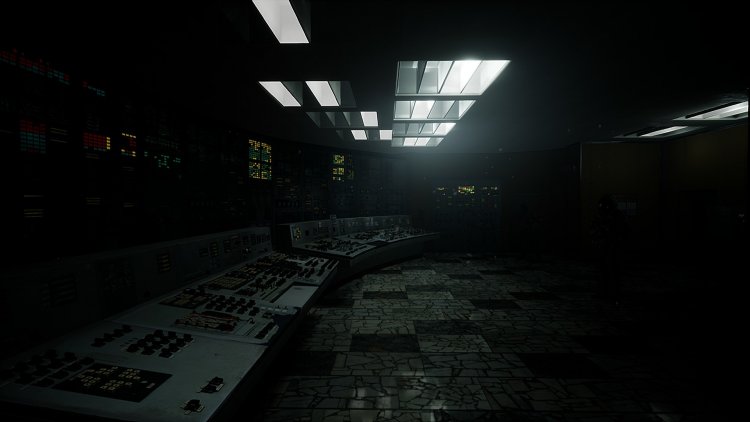 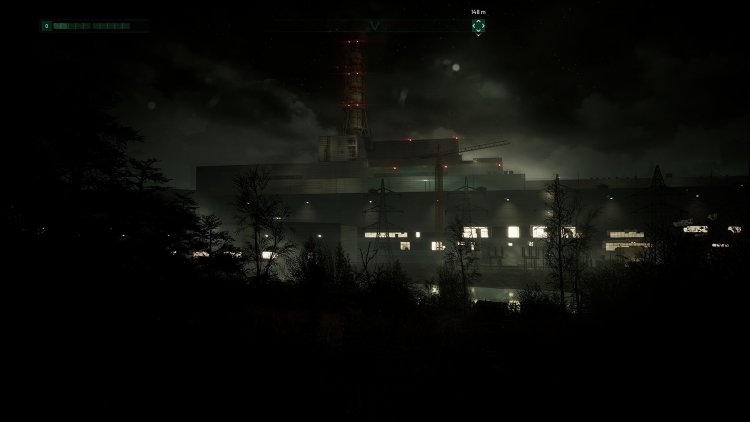 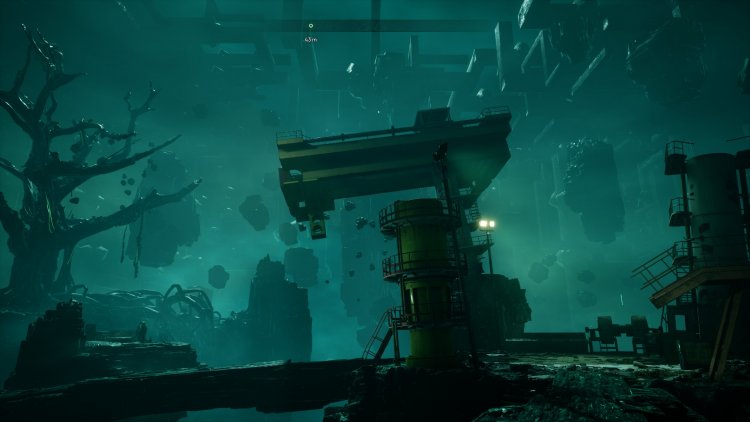 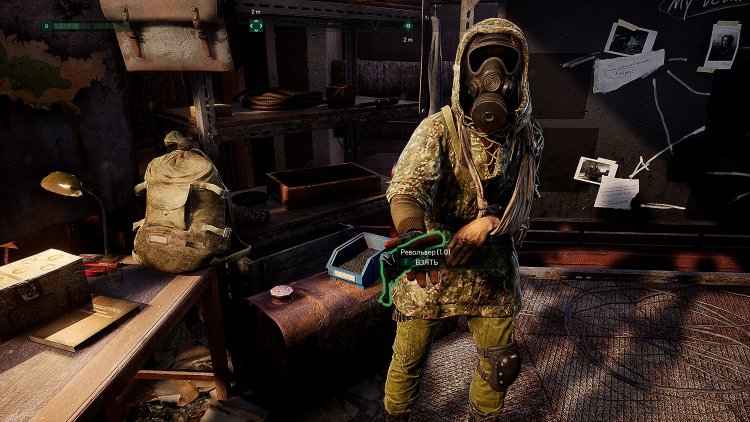 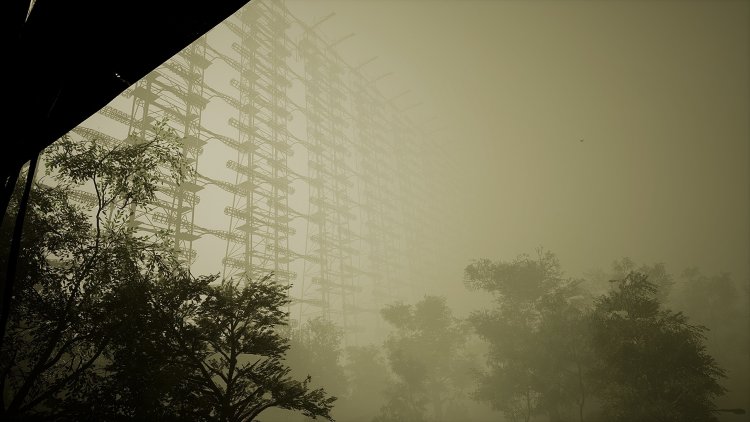 What is Phasmaphobia — the hit indie horror that blew up...