Successful anime is bound to gamify sooner or later. Demon Slayer: Kimetsu no Yaiba, got the opportunity.

Demon Slayer: Kimetsu no Yaiba – The Hinokami Chronicles - The blade dissecting demons has become a game.

The story of the "Demon Slayer: Kimetsu no Yaiba" originates in the alternative era of Taisho at the beginning of the XX century, where people have to confront humanoid demons.

Returning home one morning, the protagonist Tanjiro Kamado discovers his entire family brutally murdered. The only survivor is Nezuko's younger sister, who turns out to be turned into a demon. Miraculously, the surviving girl manages to be pacified thanks to the remnants of humanity in her soul. Tanjiro learns about the opportunity to join the Demonoclast squad and goes to study with a local master. From this moment on, the brother and sister begin a thorny path full of dangers at every step. Demons are not just superior to any human, but are able to grow in strength, devouring more and more people and earning the respect of their master. Traditionally, for senen manga, there was a place for a kind of world order, where there are ordinary people and those who are able to withstand training for demon fighters, as well as, in fact, the evil spirits themselves. Both opposing sides have advantages and disadvantages, which in turn leads to a division into ranks — according to the level of possession of abilities and strength.

Speaking of the main characters, it is important to understand that demon-fighters differ mainly in breathing techniques — a local analogy of the style of fighting. Using the technique of concentrating breathing at the right moment, the swordsman gives his weapon the appropriate kind of element of nature - from water to the moon. This opens up access to various strikes that can act in a defensive, attacking or supporting role. There are more than ten of them in total, and Tanjiro owns the most ancient - the technique of breathing the sun.

In the story mode of Kimetsu no Yaiba — The Hinokami Chronicles, the authors from the Japanese studio CyberSonnect2 are trying to follow the events of the first season of the anime, but the implementation leaves much to be desired. Apart from a short prologue, the game offers eight chapters, made in the form of mini-arches. And here the pitfalls begin. The narrative is built around cutscenes on the engine and anime clips - at the most important moments. In rare dialogues, purely situational chatter.

What kills — the presentation of the story is ragged, some important moments are revealed only as a result of the discovery of bonus items on the levels. Sometimes these are full-fledged cutscenes, but mostly there are slideshows of pictures and text. Those who miss them risk not understanding all the details of the story. At the same time, the game will continue as if you have definitely seen and read everything.

The characters will start discussing things that have not been mentioned anywhere before, and they will just have to put up with it. Why the creators could not completely retell the plot in the traditional way is a million-dollar question. They seem to think that everyone should be familiar with the original source. Dear developers! The game based on the motives should be a guide and an encyclopedia of the universe, and not vice versa. CyberConnect2 did not add anything directly from itself to the world of the “Blade”. It would be possible to come up with some fun adventures or serious sorties behind enemy lines between key moments, better revealing the characters... But alas, the chance is lost. Even in such a compact hub as Konoha Village, there were more sidequests in Naruto games from the same studio alone than there was content in all the chapters of the Blade combined!

Instead, players are allowed to replay chapters. The only new content that opens in the process is fights with optional bosses. If you defeat them on normal difficulty, the battle opens on high, but make no mistake — there are only one per chapter, starting with the second. You can replay any segment to choose from - map exploration, battles, as well as two rhythmic mini-games running separately. Both meet according to the plot, but you can additionally test yourself in them on high difficulty for the sake of trophies and ratings. The latter is raised to the absolute here — with a detailed layout and the corresponding letter up to S. The higher your rating, the more bonuses you can open “for free". If you could not achieve the desired, then the desired in-game objects will be offered to purchase for special points received for any kind of activity in the game. Among the bonuses are numerous phrases and backgrounds for the user's online card, as well as the above-mentioned plot scenes, as well as characters, arenas and costumes.

In the story mode, the locations of the game world are small sets of corridors, separated in places by cutscenes and loading screens. They are passed in a matter of minutes, and then, due to the low speed of running. The outlet is well-directed videos and directly vivid boss fights from anime. But the latter still need to be reached. On the way, from time to time you will come across lower-level demons, and thank God, they are destroyed quickly. Thanks to the technique that hits the enemy's vulnerable point when dealing enough damage to him, you can quickly end the battle by performing a short QTE. Yes, such a vestige of the Pastgen era is quite a frequent guest here, so you'll have to get used to it.

In boss battles, each demon is distinguished by the speed of attacks, the range of skills and character. The fact is that the latter directly determines how the battle will proceed. Some enemies infect the hero with poison, others put him into a state of sleep, others throw him into the air, and someone just moves very quickly, and in a short window of time it is necessary to have time to hit him. Plus, all bosses somehow have prolonged attacks on the area and at a distance. They look spectacular, perfectly conveying the spirit of the original source.

In addition to the plot component, the game offers a competitive mode - the developers call it a fighting game with the possibility of online and offline battles. And for his sake, judging by the interview, everything was originally conceived. However, there are few characters in the roster — 18, but only about 12 can be called unique. Battles take place in three-dimensional arenas with free movement, as in the main campaign.

Heroes can jump, attack with basic techniques, defend, move quickly in jerks, apply special combat skills, use buffs and powerful techniques. You can call a partner to help with a blow, break out of an enemy's combo attack, or change an active character to a second one. Alas, but with all the variety of techniques and options, the combat component does not have depth.

Once you get used to the hero, you will mostly try to just react in time to make the combo attack more authentic. Well, if you become a victim of an opponent's combo, you can only escape from it with the help of an assistant. The problem is that the assistant scale still needs to be accumulated, and secondly, there are only two divisions. You don't have time to come to your senses, as fast characters resume the onslaught with lightning speed. The simpler the better, so it's not surprising that online people actively abuse some techniques, like a water wheel, which also obscures the view due to the too bright animation effect. In general, the developers did not work much on the balance. Think of it as a fighting game in which you can have fun playing for anime favorites purely in the company of family and friends.

As you might have already assumed, graphically everything is not smooth here either. It just so happened that the Japanese, with the exception of Square Enix, have eternal problems with optimization for the Unreal Engine. "Blade", on the one hand, looks nice when it comes to character models, their animations and effects. But everything else is bad here. The environment is done terribly - the low detail reminds of the generation before last. Sometimes there is a surreal picture - the characters look like three-dimensional figures cut out with a stencil on a cardboard background. At the same time, the project manages to occasionally produce short-term frame rate drawdowns when moving around locations. Thank you that at least everything is fine in the battles. 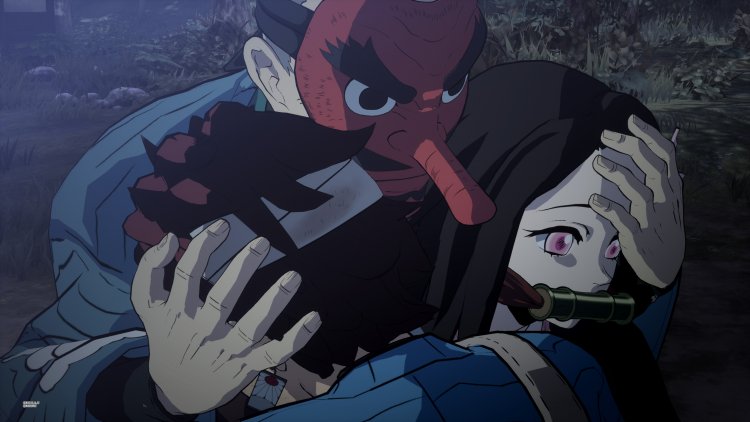 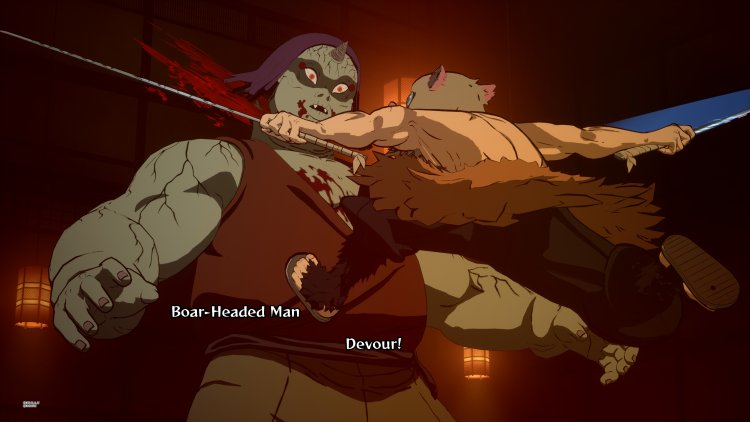 Many fans of Himitsu no Yaiba will probably be happy with an authentic recreation of some episodes of the anime, the behavior of the characters and the opportunity to try out the famous fighting techniques themselves. Fights with bosses, full of spectacular finishes, turned out to be especially dramatic. Otherwise, the game consists entirely of compromises and shortcomings, where the weakest story mode without revelations, an insufficiently deep combat system, a meager roster and problems with graphics have become the most unpleasant. We strongly urge fans to get acquainted with the game only at discounts, because, unfortunately, this is more like a blank than a full-fledged game. CyberConnect2, we know you can do better. Try in the next part, please! 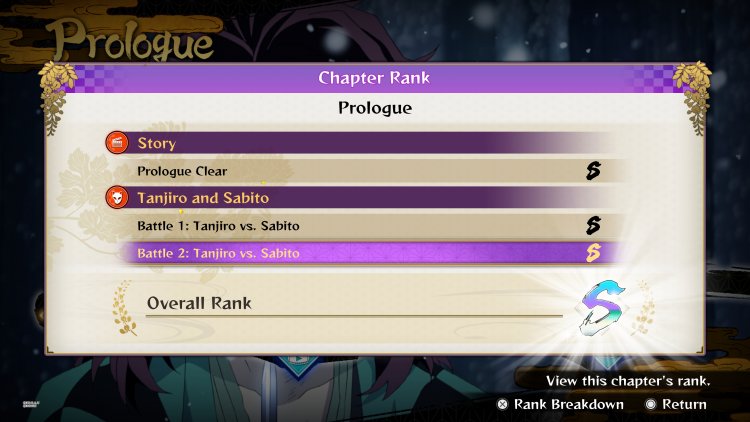 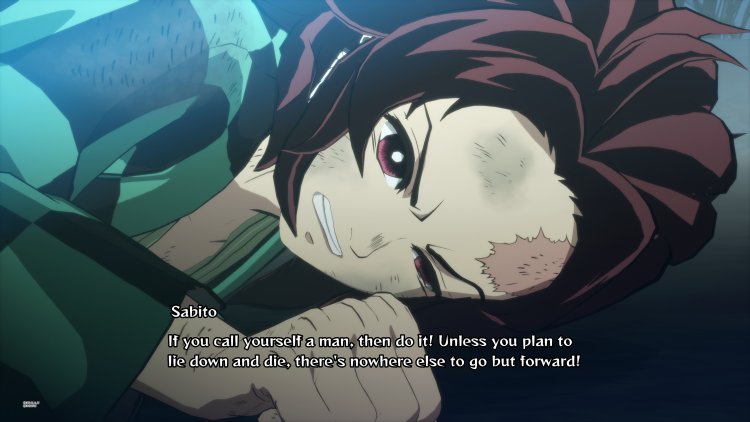 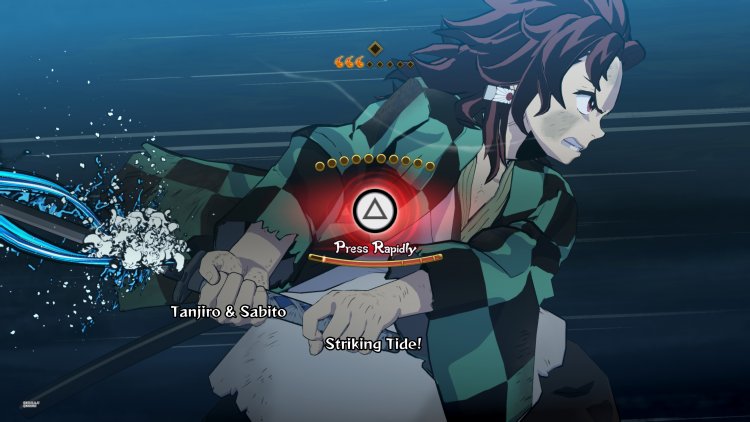 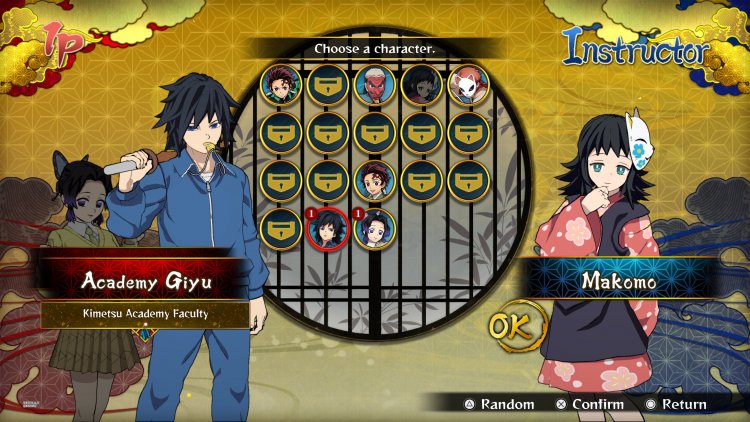 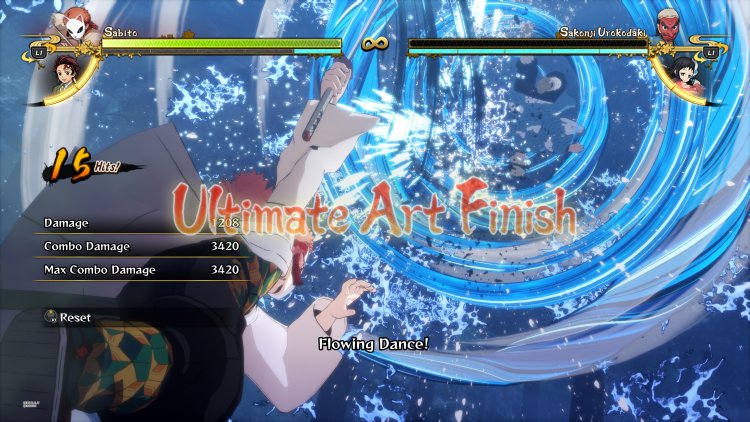 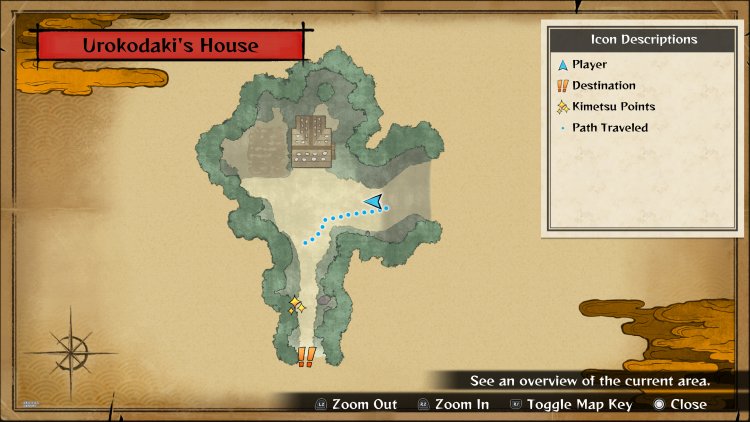