The Babylon's Fall role-playing action game published by Square Enix is like a ghostly phantom, occasionally reminding of its existence.

Babylon's Fall: A review of a computer game for PlayStation 5.

Once every six months, he acquires an unsightly trailer or a pack of screenshots, and then goes back into the shadows, leaving behind a slight bewilderment and a number of questions that no one is in a hurry to answer.

However, thanks to the recent closed testing in which we took part, the picture has become somewhat clearer. In which direction Babylon is tilting from PlatinumGames and why it is falling, it has become much clearer. 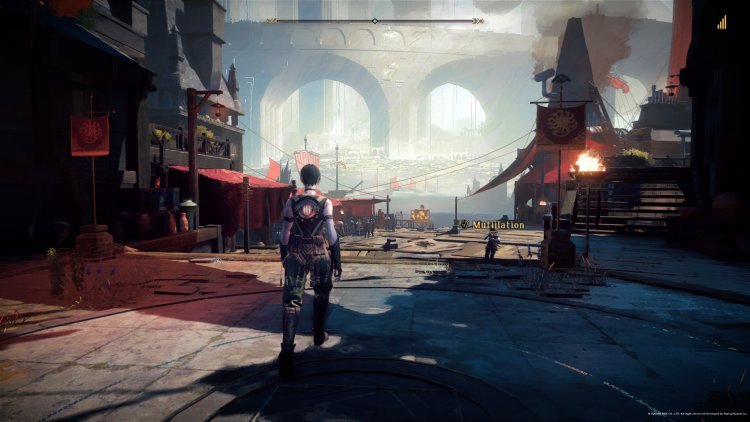 What is Babylon's Fall? This is a dynamic third-person action title, created with an emphasis on cooperative passage for four people and focusing on the assembly of effective builds consisting of an infinite number of equipment and weapons. At least, this characteristic is more than enough to describe the test build. There were no narrative elements or detailed hints of the global game structure to be found in the early version.

The format is as follows: you create a character, determining his appearance and one of the three classes-origins, and then find yourself in a small hub. The location is tiny, and has three points of interest — a board with tasks, a merchant and a chest for loot. The last two points of curiosity cause a minimum, and we will stop at the first one.

Beta offered tasks in the form of linear races through straight "dungeons— - a series of small arenas separated by corridors. You can overcome them both alone and in the company of other people. Matchmaking is simple — either a short search for the most optimal allies, or an invitation from friends. As soon as the mission begins, the only goal is to complete it as soon as possible, there are no optional tasks or pauses.

The gradation of quests is carried out through the level indicator — the higher it is, the stronger the enemies meet and the lower your chances of survival without the appropriate equipment and leveling. But even if the digital indicators of the character and the mission correspond to each other, then passing alone remains an unattractive alternative — opponents will not scale much for you, which noticeably complicates life.

As part of the mission, you get a rating for effective combat performance, local currency, as well as loot boxes. On the results screen, random algorithms make full—fledged items out of boxes - weapons, armor, accessories. Of these, you find the most attractive, dress up your hero and go to the next quest. That's it. Just like that.

Given that arena races promise to become the main rails of Babylon's Fall, it is reasonable to assume that the role of the main entertainment attraction will be taken by the combat system. But something clearly went wrong. 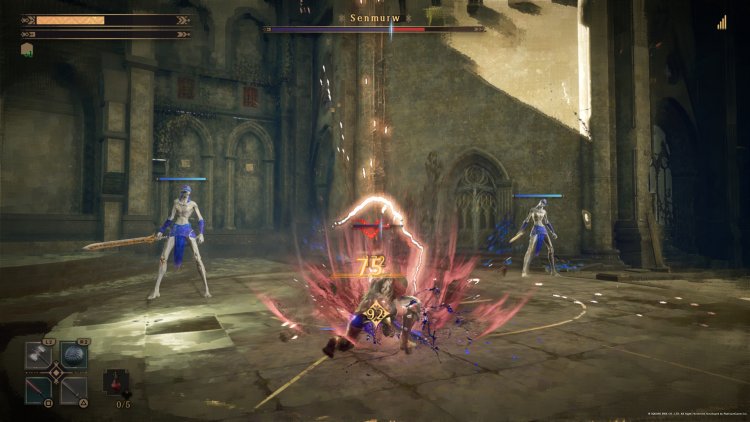 All attacking and defensive maneuvers are divided into four slots, each of which can accommodate one type of weapon. Two guns take strong and weak attacks, and two more turn into "spectral" versions, the call of which requires special energy.

Since at first the amount of "mana” is quite limited, it is mainly necessary to rely on basic combinations of techniques. They do not have much depth — a sequential knock on the button triggers one set of animations, and a long press - an alternative variation. There is also a simple air launcher and several lunges in the air, which end with a blow to the ground.

The dodge works on the principle of NieR: Automata, where the character makes a dash and, once in several frames of enemy animation, temporarily becomes invulnerable, which allows you to create the necessary distance and protect yourself from the next attack.

The genre competence of the developers from PlatinumGames made it possible to endow Babylon's Fall with all the necessary foundation — the management is responsive, the animations are beautiful, they can be conveniently canceled by maneuvering between opponents, along the way easily reading what is happening on the screen. Everything stumbles about the strange role-playing component and the cooperative garter.

Since your damage is tightly tied to the level and equipment, most of the opponents are insurmountable tanks that absorb dozens and hundreds of blows. It is impossible to knock them into the camp or lift them into the air for a long time. This means that the only correct tactic is to drearily and for a long time pick at them with a few techniques, trying not to fall under counterattacks that stop the already low dynamics to zero. The situation is aggravated by the fact that "arena" implies a large amount of cannon fodder, which is why in fact you are jumping around the blue orcs dance troupe for five minutes, scrolling in advance in your mind the idea of how long the next fight will take. 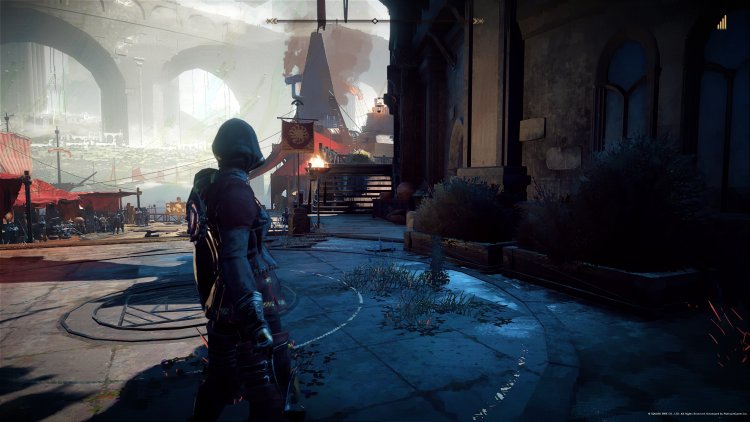 When passing together, the scenario described above changes somewhat. The damage of four players is enough to quickly dismantle opponents. And the effective selection of weapons adds tactical depth — one guardian can swing a heavy hammer in the center of the crowd, while the other is firing from a bow somewhere in the distance. Passive skills are also included here, distributed across all parties — they make attacks more powerful, increase energy regeneration or increase the effectiveness of healing potions. If desired, you can even assemble a team of full-fledged classes that complement each other's strengths and weaknesses. Apparently, this is how Babylon's Fall should be played.

But even in the cooperative, the test version of Babylon's Fall is perceived more as a working prototype - working out a concept around which you can try to assemble an exciting game. Traveling through gray corridors, which you have to look at through a strange graphic filter, does not inflame the blood. Other Japanese releases are successfully offering a deep combat system with a third-person perspective today — you won't have to look for a long time. And collecting colorful loot in the company of friends is even easier — there are dozens of games for every taste.

In the absence of clear design work and accents typical of single-player games, Square Enix and PlatinumGames are obviously aiming at an audience of fans of multiplayer entertainment, ready to methodically absorb fresh content coming out on the service model. But if the project fails to attract a large user base, then the local strong gameplay base risks being forever buried under the ruins of unrealized potential.

A ray of hope remains the fact that the developers seem to be closely following the feedback from the players. It's possible that without an exact premiere date, Babylon's Fall still has the time it takes to transform into something more appealing. 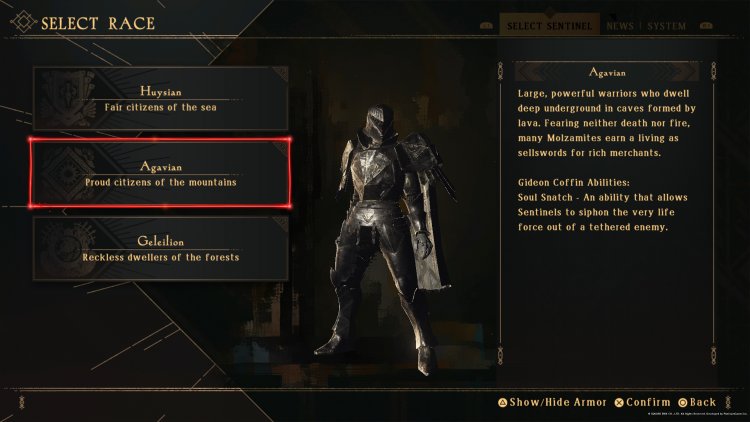 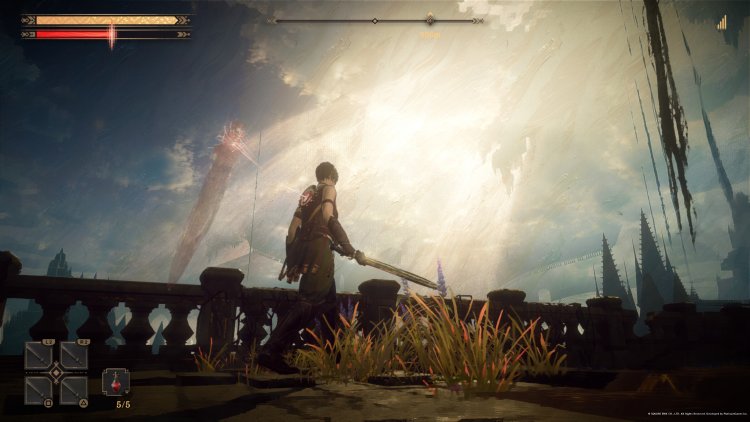 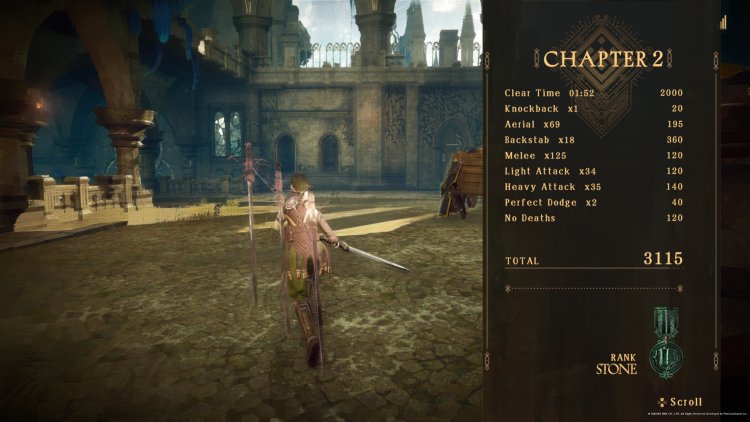 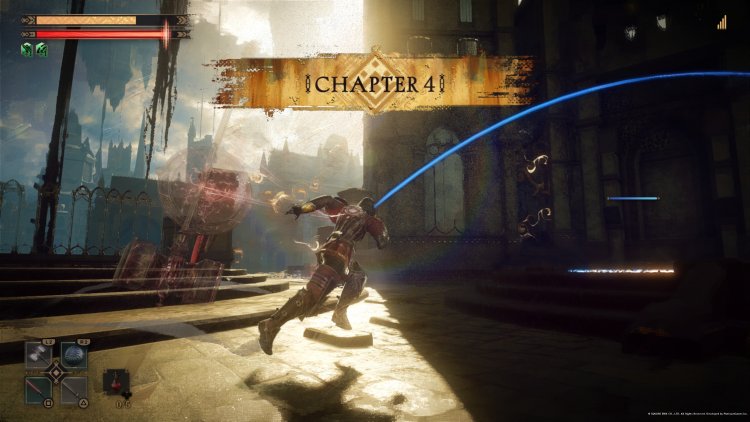 The mobile port of Alien: Isolation for iOS and Android devices has been announced