After seventeen months of development in isolation and coronavirus restrictions, Deck Nine studio has completed its truly independent project within the Life is Strange universe.

Life is Strange: True Colors - A one-way Rainbow, a review of the game for PS5.

And if Life is Strange: Before the Storm fit well into the framework of the existing ENT, then True Colors is clearly confused in the networks of producer control and corporate approvals. It seems that the game originally had a different ending and concept, which was hastily redone a few weeks before the release, turning a rather interesting story into a fan fiction of Twitter schoolgirls. At the same time, True Colors is not the worst game, at least in the first four of the five chapters. Follow this link to get acquainted with our positive impressions of the first volume of the story. But let's go back to the full version.

In the center of the plot of Life is Strange: True Colors, Alex Chen and Gabe Chen are a brother and sister who, after the death of their mother and the departure of their father, were separated for a long time by the guardianship authorities. The older brother got a sentence for stealing a car, and Alex wandered around foster families, not staying anywhere for a long time. Her complex nature and emotional breakdowns made her a social outcast, who was observed by a psychiatrist for a long time. At the same time, Alexandra discovered a secret talent – she became an empath. The ability to feel people's hidden emotions, their color aura, allows her to settle conflicts or bring people out of a deep crisis. It is with such a baggage of skills and a shoulder bag that she goes to her brother Gabe in the small mining town of Haven Springs. But a slow and happy life in the American outback, completely dependent on the Typhon megacorporation that produces radioactive ore, is interrupted by a tragedy. Now Alex, along with his brother's best friend Ryan and radio host Steph, is trying to conduct his own investigation. However, the search for truth is only the basis for the plot.

Along the way, Alex tries to help the residents of the city cope with their emotional problems and experiences, participating in the lives of loved ones and random people. Using her ability to read auras, the heroine can help with valuable advice, find an object or an animal, or take on an emotional load. All these activities are interspersed with vivid dialogues about the music of the 2000s. Indie teams, which became one of the “chips” of the original universe, were replaced by bigger rock heroes. The brother and sister are fans of Kings of Leon, and in one of the emotional scenes Alex performs a cover of Radiohead with a guitar. It is also worth noting the incredibly cool staged scene with a reference to the clip of Eminem and Dido. In addition to cheat-chat chatter, conducting an investigation and helping the suffering, Alex can take part in optional activities – play analogs of the arcade King Kong and Arkanoid, clean the house, wash dishes or weed the garden from weeds.

In each of the four chapters, the girl can change a unique outfit, which in most cases consists of baggy pants and a hoodie. You are offered to try on a short skirt with a tight T-shirt on the day of spring, when girls hand roses to their chosen ones. It is at this point that you can determine the romantic line of your character. However, it will not go further than kissing on the roof, and the relationship curve itself is poorly worked out. There is a lack of emotional connection and personal moments, and romantic intimacy with the District or Steph is determined only by whether you choose your potential lover as a tempting bait, whether you joke about the hand and heart and to whom you will give a rose. Steph does not seem original – rather, it is a safe copy of Chloe, and Ryan is a collective image of a vanilla "good guy". And the relationship itself does not give any special moments and experiences. A meeting on the roof and a kiss are the same for both partners, not counting which of the possible interests will take your side in the final confrontation. However, such support affects the final of the story only cosmetically. At the same time, the authors clearly emphasize lesbian relationships, adding a heterosexual romance as an additional option. And what do you want from the world of new ethics? A strap-on in a gift edition? 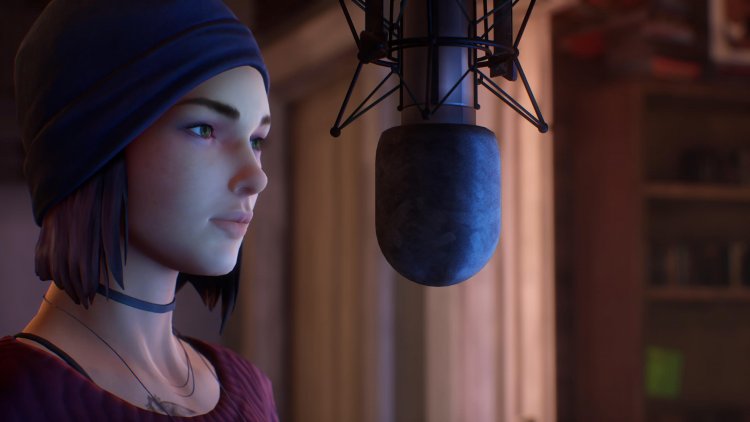 In addition to the activities already mentioned, the authors are trying to diversify the gameplay, which is reduced to talking and reading the aura with new mechanics. An entire chapter is devoted to role-playing in real life, and this, together with the insertion of Eminem, can be called one of the most vivid experiences in True Colors. Turn-based battles, thanks to the imagination of the heroes, turn into a bright fantasy battle. This is where the graphic improvements with light effects, refractions and reflections are most noticeable. Animation of faces, reflections in Alex's glasses and staged scenes deserve the most positive reviews. True Colors is one of the most beautiful and technological games in its genre. Of course, in this world, there are also soap textures, devoid of detailed walls or poorly developed secondary characters. But these are the standard appendages of the world of Life is Strange.

But back to the plot. If the first four chapters give great emotions and promise a bright denouement, then in the fifth the narrative train is derailed by the partisans of social justice. The "terrible secret" turns out to be ridiculous, as well as the events that take place later. This is about the same as the cause of all the troubles in Yakuza 6, only many times more stupid. Moreover, all the choices and decisions do not affect anything. Whether the residents of the city will support you or not, the soy final will be the same – with small and mostly cosmetic variations. And this causes the deepest disappointment. At the same time, the authors at the beginning of the fifth chapter have all the opportunities to get out of the situation, but they turn the wrong way. 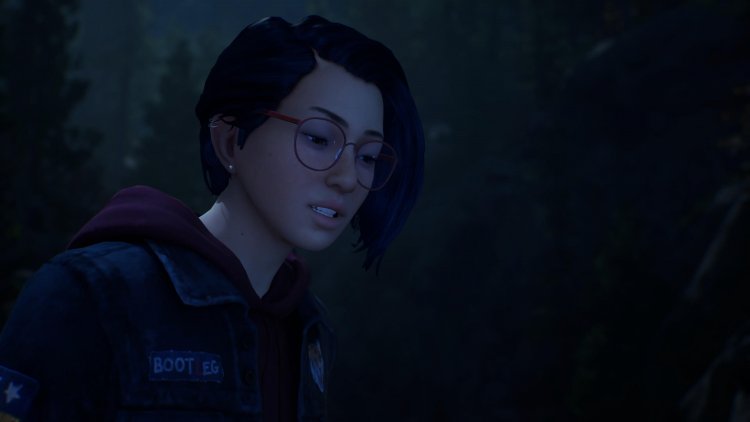 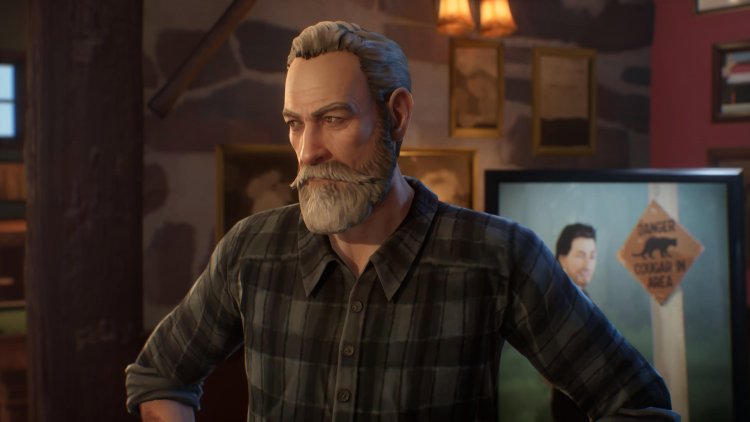 Life is Strange: True Colors is a heroine with an interesting ability, but not fully realized potential, where an interesting plot suddenly turns into a poorly glued and very stupid joke, and memorable moments are clogged with activities and characters created in a hurry. No normal love line, no interesting detective story, no satisfying ending for the player. But in Life is Strange: True Colors, you can and should play – just consider that the adventure ended at the beginning of the fifth chapter, and then the bold titles went. 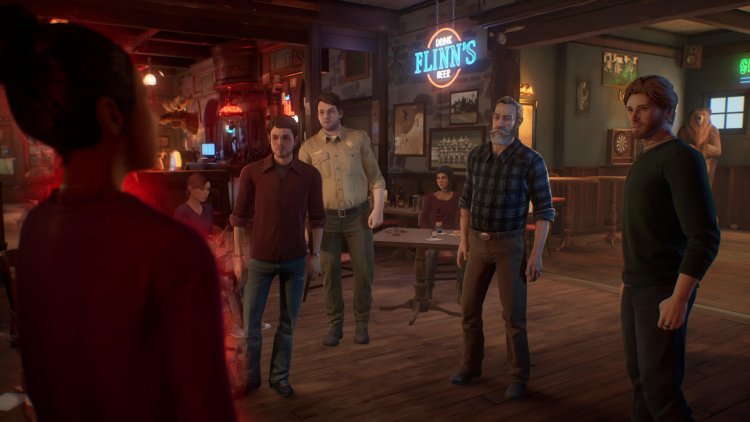 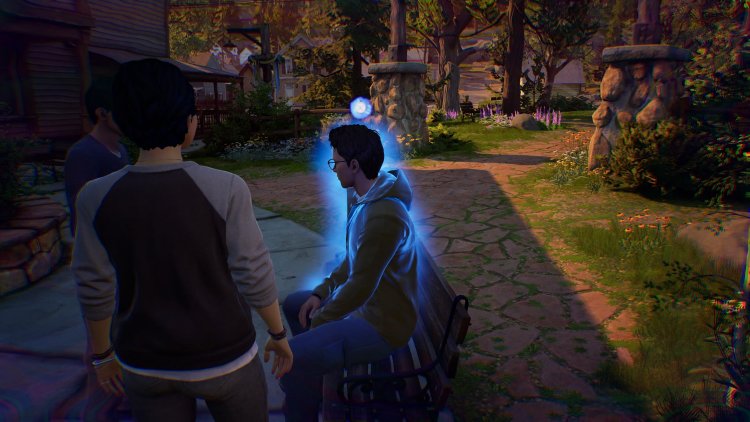 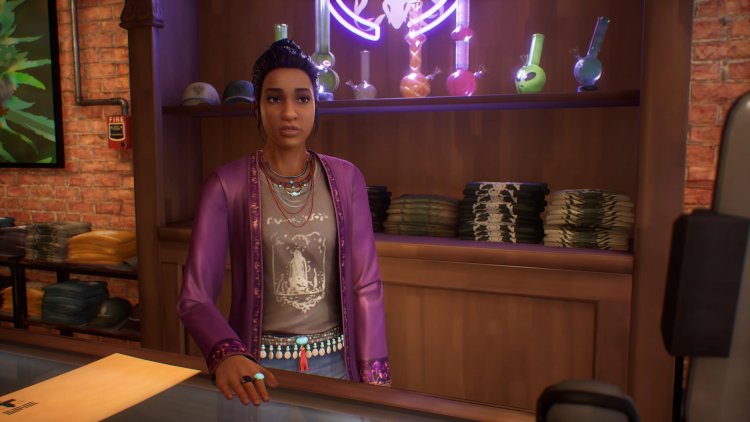 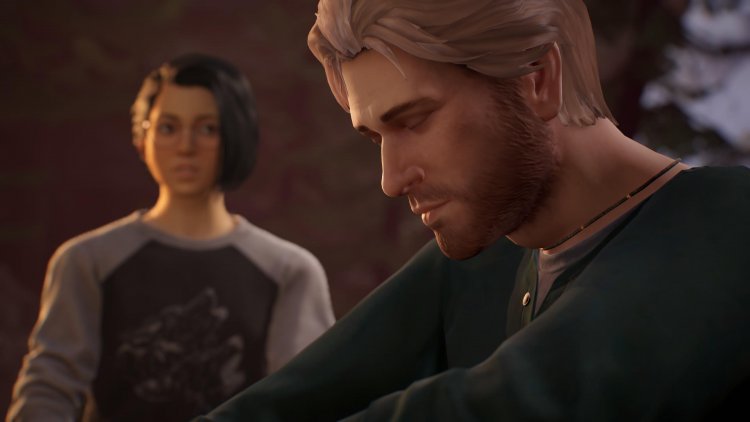 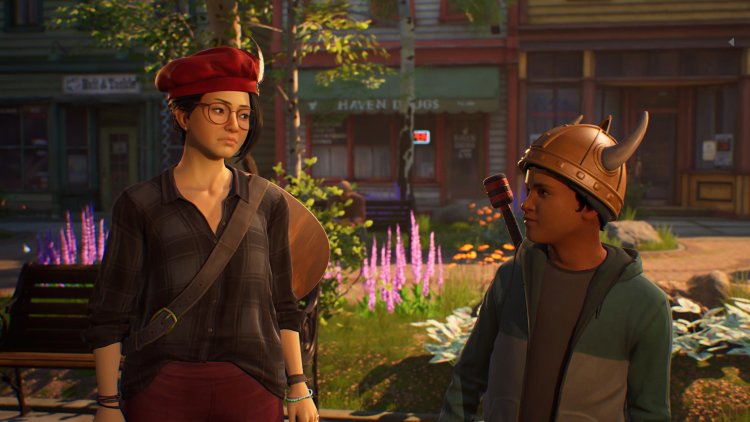