Six years ago, Oddworld Inhabitants company revived the once-popular platformer series about the asshole Abe, who rescues his fellow tribesmen from the slavery of evil corporations. The remake of the first part with the subtitle "New'n'Tasty!" was warmly received by both players and the press. 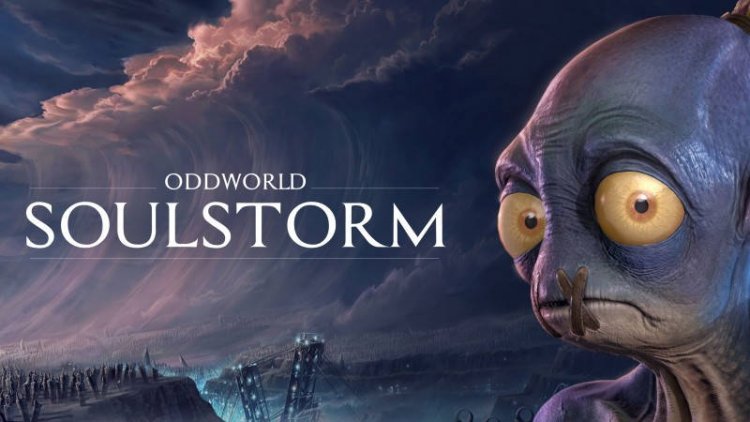 After that, the authors announced that they are preparing a sequel - Oddworld: Abe's Exoddus.

Back in 1998, when this game was released, the developers could not implement all their ideas, so now instead of remaking the second part, they decided to make a kind of rethinking. The result in the form of Oddworld: Soulstorm causes conflicting feelings. What moments turned out well, and what are bad, we will now tell you.

It all starts almost immediately after the finale of the first part. The mudocons who escaped with Abe celebrate their escape from the RuptureFarms meat processing plant,where they were going to be allowed to "sausage". However, the whole idyll is spoiled by the attack of an airship under the control of one of the leaders of the very company from which the slaves escaped. The Mudocons escape, and the player, along with Abe, must come up with a plan for further actions. The plot this time is served by more serious and dramatic scenes, where, despite their funny appearance, the characters undergo various hardships and shocks. Of course, the trademark humor remained in the gameplay situations and some short scenes, but the story itself can be described as a harsh satire on capitalism, and even more so than it was in the original. Armless leaders-glucons, for all the caricature of the image, here seem more dangerous and cruel creatures, largely due to the increased detail and expressive facial animation, and the locations themselves are often gloomy reinforced concrete structures, which only emphasizes the difficult fate of the working class in this world.

It is worth noting that there were cool screensavers in the original, but here the developers have stepped on a fundamentally different level for themselves. Cinematic scenes delight the eye not only with well-designed animation and high detail of the characters, but also with the direction. Sometimes it seems that these are fragments from some modern cartoon, and not screensavers from an indie game.

At first, Abe and his tribesmen constantly dodge shots and run from their pursuers, which affects the tasks that the player faces. Because of this, in the initial levels, the gameplay seems more saturated and sometimes chaotic compared to the original. The main character almost immediately has to perform complex tasks, where you need to quietly slip past one sleeping guard, carefully jump over a dangerous obstacle and not get into the eyes of the sligs patrolling the neighborhood. The gameplay situations themselves are very interesting, but sometimes they are completely poorly served. Because of this, at some points it may not be clear what exactly needs to be done, and only after several unsuccessful attempts by trial and error, you can understand what is required at all. At the same time, it is certainly not Dark Souls, and the player is not severely punished for losing. Control points are located almost before every difficult moment.

The developers have tried to diversify the original concept of the game and added Abe the ability to create items, as well as share them with followers, whom he must save. Thanks to this, there were puzzles that can be solved by setting fire to and then extinguishing various objects. In addition, as you progress through the game, Abe will learn how to make stun mines, exploding cocktails, and much more that is designed to help solve problems. In addition, if there is duct tape, the main character can tie up the sleeg and not resort to killing this ridiculous soldier. By the way, if you want to go through the path of the pacifist and do not kill anyone, then this mechanic will help you avoid direct collisions with enemies.

The main character also learned to hide in lockers, which also brought variety to game situations. In one scene, Abe and a small crowd of mudocons must sneak between patrolling sligs, and there is nothing in the inventory to knock out the opponents, so to get further, you need to go quietly forward and hide in time. It seemed like a simple task, but it constantly turned into a funny farce and circus, when the mudocons ran from door to door right in front of the patrolman's nose. It is worth noting that, unlike the original, here the sligs try not to kill escaped slaves and first just tie them up, which allows you not to lose a follower due to the fact that he caught the eye of the enemy. However, when they see Abe, they start shooting and can kill the entire group. 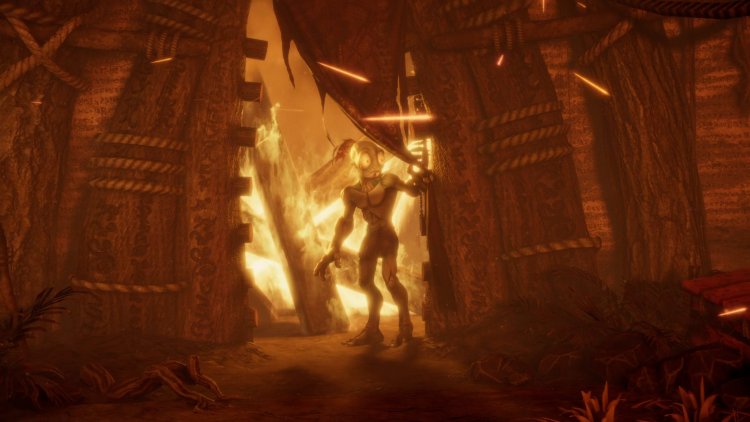 Another innovation is the sections where the player needs to protect the fleeing tribesmen from the oncoming guards. For the first time, it is enough to move into the sleeg and just shoot the opponents as in the "shooter", but in further situations, the tasks can be more difficult and often remind you of the direction of Tower Defense. It is especially interesting when the player is required to arrange and equip the pursuers with various objects, such as knockout balls, exploding soda and other devices that can disable the sleeg. The main difficulty in such moments is to correctly calculate the zones where the mudocons should stand, and what exactly to distribute to them. If you choose the wrong place or give the wrong items, then most likely they will die, and then all the fleeing tribesmen.

At the end of each level, points are counted and various medals are distributed, and in a separate tab you can look at the table of time records. After the first few levels, the game slows down and begins to look a little like Abe's Exoddus, but not for long. Various new gameplay elements are constantly rotated along with the classic ones, and almost until the very end, the game will throw up unique situations that are not similar to those that were before.

Despite all the advantages, the game has some very annoying drawbacks. Even if you forget about the bugs, when the hero falls through the textures, gets stuck in place or does not grab the edge of the ledge, there are some miscalculations in the design. They are much more annoying than the glitches that developers constantly fix with patches. Locations often consist of solid materials of brown or gray shades, so sometimes on such a rusty metal background everything merges into one mess, and this picture is aggravated by a small soap effect on some elements of the scenery. Because of all this, the eyes quickly get tired. It was difficult for me to play for more than an hour without a break and rest.

In addition, the disadvantages can be attributed to the sometimes crooked camera. Sometimes the virtual operator takes the angle not from the side, but a little at an angle, and then it may not be possible to see exactly where to jump or where to stand to get on the ledge. If along with this, the script does not work, according to which Abe should cling to the edge of the platform, then you can search for the right place for a long time, just not realizing that you have stumbled upon a glitch. At the time of this writing, several patches have already been released, but glitches still occur.

Before summing up, I will note some more features of the game on the PlayStation 5, where I tested it. The first thing I noticed at startup was the loading time. The Unity engine is notorious for the fact that projects made on it often show quite long loading screens on consoles. Here everything happens in 5-6 seconds, and the resumption from the control point after the loss is almost instantaneous, which is very useful because of the constant replays.

The DualSense chips in Oddworld: Soulstorm are not used much. Every time Abe commands his fellow tribesmen to follow him or stop in place, it all comes from the sounds of the gamepad. In addition, during meditation, the soul flies out of Abe with a small and sometimes barely noticeable click of the trigger. But with vibration, everything is strange – it sometimes just doesn't work where it should. At some point, you can notice the recoil during shooting, as well as tapping while walking, and sometimes it is not even during running and explosions. Most likely, this is another bug, and we will hope that the developers will fix it. 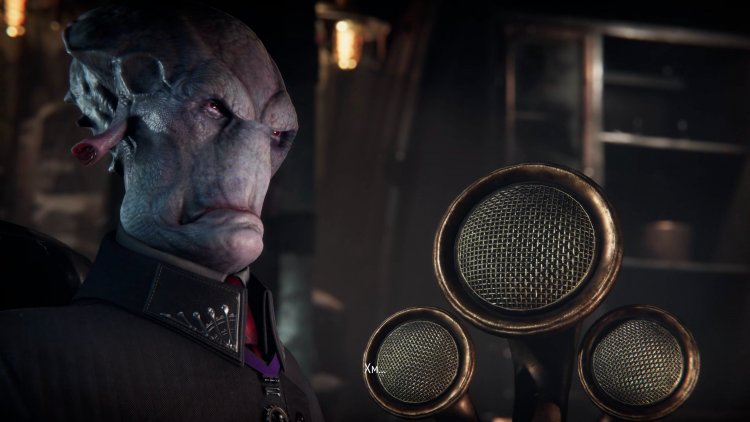 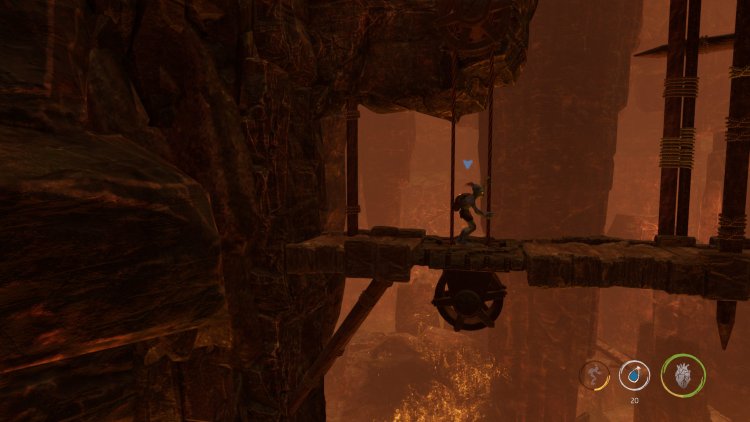 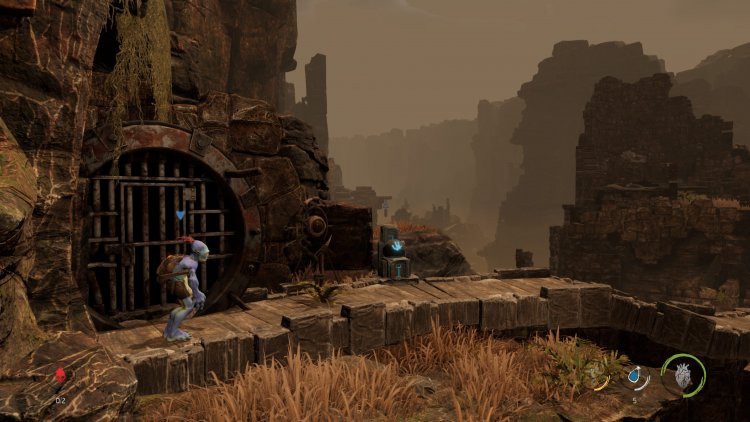 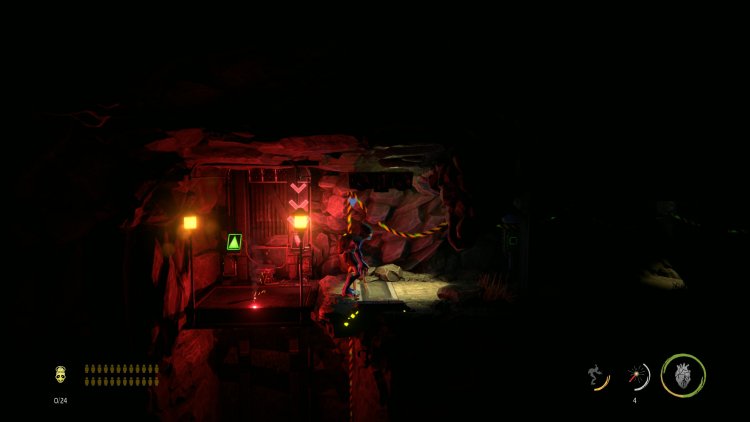 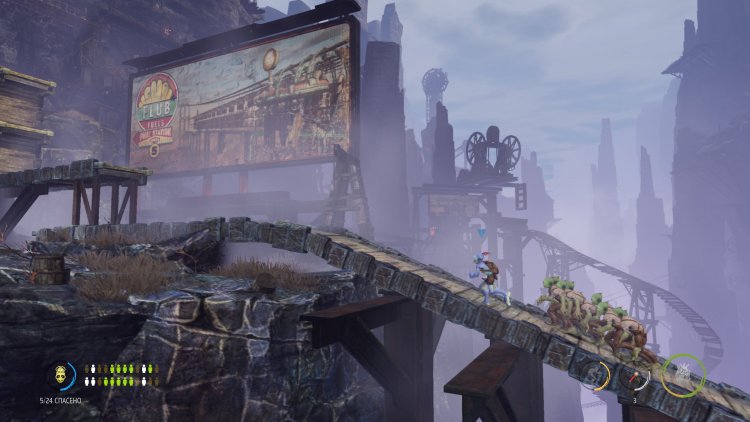 Marvel's Guardians of the Galaxy - Review