Ubisoft's Far Cry 6 tries to combine all those elements that influenced the success of Assassin's Creed, Ghost Recon and Far Cry in one game and offer the audience a sandbox with hunting, fishing, construction and clearing roadblocks.

In general, everything that you can love or hate the works of a French publisher and hundreds of hours of time spent.

At the center of the story is the fictional state of Yara with direct references to Cuba. Local dictator Anton Castillo was able to make a world breakthrough in medicine and find a cure for cancer, but for the production of this wonderful substance, the slave labor of ordinary islanders who suffer under the yoke of military power is used. Someone is trying to resist, while the rest are forced to accept the new rules of the game. The main character or heroine of Dani Rojas prefers the third way – to escape from the island to a prosperous America, but on the way to Miami, his fishing schooner is caught by Anton's soldiers, and Dani turns out to be the only survivor among the majority of refugees.

Stranded on an island, the protagonist joins a detachment of local guerrillas in exchange for a promise to provide a decrepit boat. And here there is a chance to finish the game without entering the path of a hundred-hour journey through the tropical expanses of Yara. You can help the rebels in the prologue, get on a boat and get a secret ending. Of course, it takes a lot more time than in the Pagan Ming story, but it gives you a precious right to choose.

If you decide to dive further into the guerrilla slaughter, then be prepared for a set of mixed experiences. As I mentioned above, Far Cry 6 tries to incorporate elements of all popular Ubisoft game series. This means that there are cosmetics and levels in Yara's world. Your hero, his armor, weapons, enemies and territory have levels. By completing the main tasks and side missions, such as capturing roadblocks and destroying anti-aircraft guns, you will open the sky for helicopter movements and raise your own level. In turn, completing sidequests for teammates and residents of the bases will unlock new cosmetics, weapons and, again, increase your level.

As the level of the protagonist in Far Cry 6 increases, so does the level of enemies. It would seem that this should create a problem, but in fact, as in Ghost Recon Breakpoint, the local tough opponents die almost with one hit by an armored bullet in the head. At the same time, enemies are divided into classes – technicians, for example, can install an automatic cannon, and snipers are able to conduct rapid fire from a long distance. The weapon is highly unbalanced, so by the middle of the passage you will shoot down helicopters from the pumped version of the machine.

In addition to raising the level by completing tasks, in Far Cry 6 it is proposed to develop the rebel base by investing resources in new buildings, as well as sending local operatives on tasks that may disappear there for several hours. On the base, the protagonist is shown in a third person to admire the acquired improvements or crazy customization – they even allow you to put a crocodile-shaped helmet on your head. 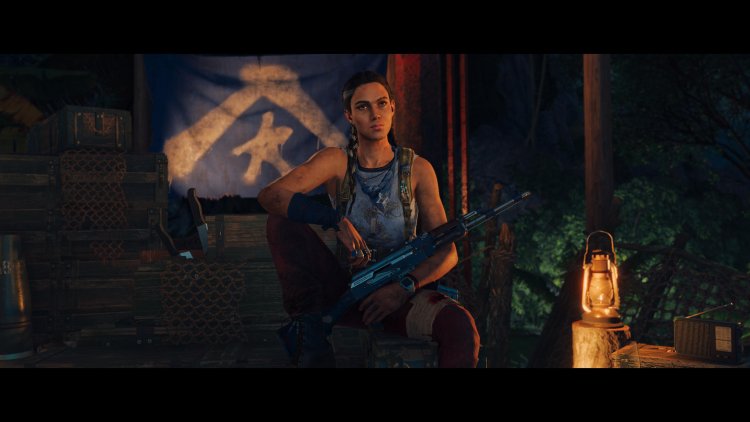 The general improvement system canceled the hunt, but now you can craft power-ups for your guns from different garbage. It sounds fun, but it doesn't affect almost anything. In Far Cry 6, there are several types of truly unique weapons that look very creative and can surprise, but nothing works better than an accurate shot from a well-pumped rifle in battles. Helicopters and tanks can be destroyed with the help of a backpack with missiles that can be recharged over time, and cartridges and grenades are scattered around all important objects. It is necessary to blow up the anti-aircraft gun – there is a box with cartridges and explosives. Most of the detected equipment of the rebels is allowed to be scanned using a phone and instantly added to the garage. Individual tasks are intended only for cooperative passage.

The system of partners migrated to Far Cry 6 from the previous parts almost unchanged. At the very beginning you will get a manual crocodile Guapo, and then the list of sidekicks will gradually expand to a complete absurdity. Suffice it to say that the local rooster partner destroys enemy detachments, turning into a real weapon of mass destruction. Well, if you passed Blood Dragon, then after the prologue you will be given maximum armor and a cyborg dog, which will make you almost invulnerable in the first half of the game.

In pursuit of diversity, Ubisoft has left tasks to search for treasures, protected in most cases by aggressive animals - from wild boar to crocodile. Bribing the military allows you to detect the dumping sites of important supplies, and side tasks include infiltrating oil platforms and detecting the precious spurs of a fighting cock. Among the additional activities there are real cockfights, which are an independent fighting game. Dealing damage to the enemy and dodging attacks, the feathered one fills the super-reception scale and gets the opportunity to conduct a super strike. It will take several hours of real time to open the entire roster of warbirds.

The main campaign is replete with shootouts, chases, stealth missions and rescue operations, but the level of staging has noticeably dropped compared to previous parts. The villains are too caricatured, and the resistance fighters demonstrate the whole spectrum of the rainbow "agenda". Trans people are held in special esteem here, as are strong and independent women. Men are mostly losers, and rare heroes are diligently cut out in the course of the plot. The only one who holds the punch is the main star, dictator Anton Castillo, performed by the famous ”Mandalorian" actor Giancarlo Esposito, but even here the flat finale without the possibility of choice fits perfectly into the TikTok boom format. The game does not involve any gray morality, difficult choices or interesting consequences for revolutionaries. The revolution on Yara in the Ubisoft version is like a blogging event with a small admixture of rappers. Everyone gathered for a big party, shot a lot of videos, sucked and went home. Fun and useless.

Far Cry 6 looks fine. We have a crossgen game in front of us, from which we cannot expect a breakthrough in technical terms, but the models of the characters' faces look great. But glare, reflections, explosion effects - all this reminds of the end of the PlayStation 4 generation, which cannot be changed simply by high-resolution textures on new-generation consoles. The picture in the videos sometimes twitches, the scenes speed up or hang, but the developers are likely to correct this with future patches.

Artificial intelligence periodically behaves strangely, generating completely wild scenes. Horses break fences and beat against tankers, raising clouds of fire and dust into the air. Helicopters crash into buildings, opponents sometimes spawn behind their backs and do not see the hero from a couple of meters away. Watching such a picture, of course, is fun, as if you are in Saints Row, but it is completely unrealistic. Moreover, tanks and aircraft caused by alarm in the very first game missions can create a lot of problems even at a normal level of complexity. But the music did not disappoint – Ubisoft actively uses works in the Spanish style and the anthem of the Italian partisans "Bella Ciao" in the emotional moments of the campaign. 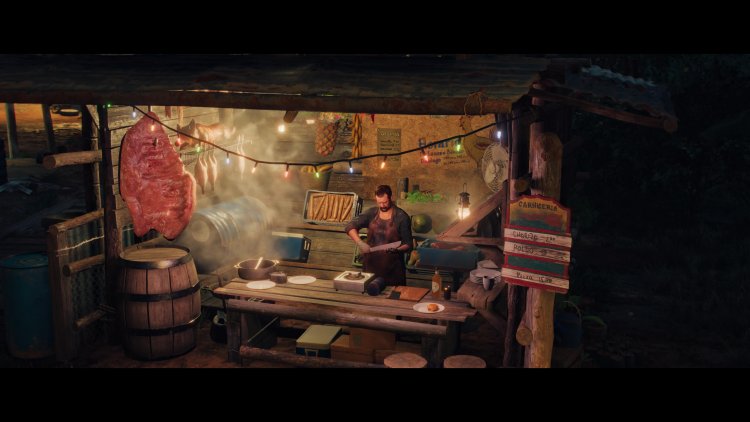 Far Cry 6 is an attempt to collect in one place all those elements that once brought success to the company. Somewhere it works, somewhere it doesn't, but in the end it causes mixed feelings. It is noticeable that Ubisoft has lost a lot of valuable personnel from among screenwriters, directors and producers against the background of last year's scandals. There are funny scenes, fun crazy gameplay, a crazy rooster, a bunch of action and other activities, but there is no solid and interesting story, strong plot twists or bright villains. The most important thing is that there is not enough game motivation. Before us is a sandbox, in which the main point is to sequentially clean up a large map, perform various side tasks and upgrade. And I am sure that there are a huge number of people in the world who will definitely like it. 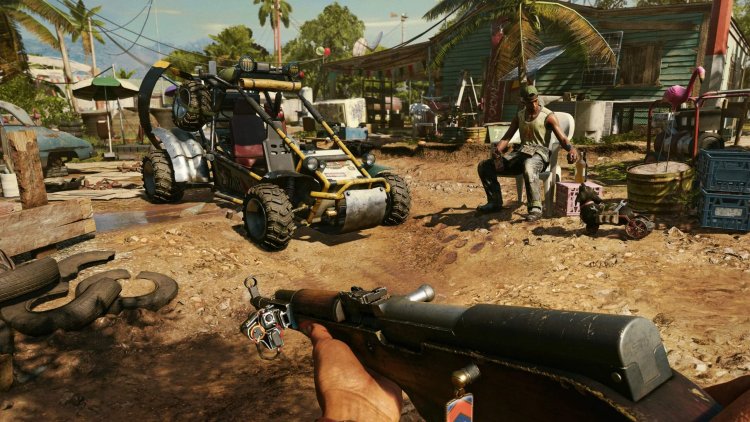 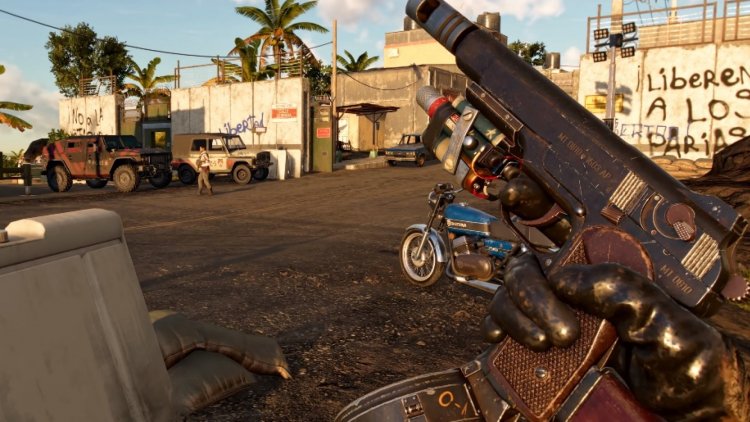 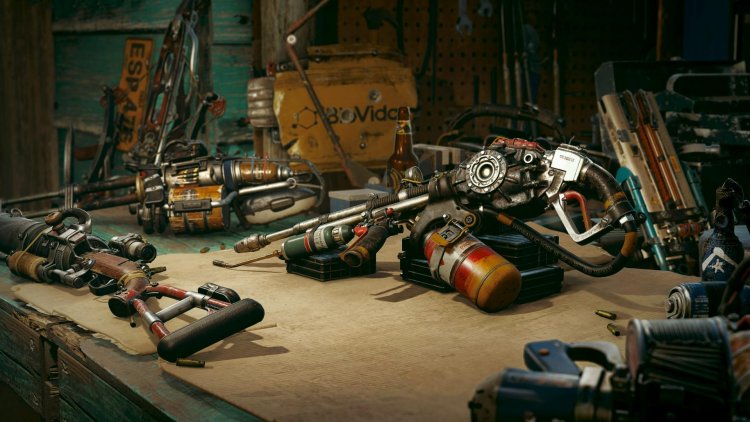 A huge leak at Twitch: the source code of the entire site, data on payments to streamers...