F. I. S. T.: Forged In Shadow Torch - the Chinese igroprom is firmly entering our lives. Recently, the action-RPG Wuchang: Fallen Feathers in the style of Bloodborne and Sekiro was presented, and dozens more projects from China are in development.

One of the last Chinese games released on consoles was F. I. S. T.: Forged In Shadow Torch by TiGames. First announced more than a year ago in the official blog, metroidvania enlisted the support of the head of Sony's indie division, Shuhei Yoshida, who presented it as an exclusive of the PlayStation platforms, which it is still today.

F. I. S. T.: Forged In Shadow Torch is made in the form of an adventure in the genre of "dieselpunk", the main character of which is an anthropomorphic rabbit with a huge metal fist. The universe of the game is mired in cruelty and corruption. Civilians are being treated by a gang of crazy dogs, led by a mysterious hare. The main character, a long-retired soldier, is depressed from what happened in the past, but when his friend bear is kidnapped, the rabbit puts on a hefty iron hand left from the fur and goes to administer justice.

According to the laws of the genre, F. I. S. T.: Forged In Shadow Torch meets players with a long introductory video and a couple of techniques "for starting". Over time, the rabbit will receive the canonical double jump, jerk and other features, including new weapons. The locations are created in the spirit of the old school: square rooms and rectangular corridors, as if built by robots, are unlikely to remind fans of metroidvaniy about the spacious spaces of the Ori trilogy. But this F. I. S. T.: Forged In Shadow Torch is not necessary. The oppressive atmosphere and the closeness of cramped rooms, which causes claustrophobia, emphasizes the setting of the game more strongly.

The leading characters resemble the characters of Chinese anime, and the scenery is the work of Orwell. The flaming City of torches is fraught with a lot of secrets, and everyone you meet is trying to benefit from communicating with the hero. Rats will be asked to drain the tunnel that flooded the underground burrows where they built a real subway, sheep will be asked to expel enemies from their mountainous territory, and a mysterious cat will be asked to find an ancient artifact that hides an unknown force.

But the atmosphere is only part of the undoubted advantages of the game. One of the main positive aspects is the study of locations, which is an important component of the genre. As the story progresses, the rabbit will find checkpoints that simultaneously act as a source of pumping and restoring strength, as well as points of rapid movement in the form of the above-mentioned metro and a network of underground tunnels. Unfortunately, there are too few such "teleports", and the lion's share of time is spent on useless re-passing of already studied locations.

We should also praise the well-thought-out system of combo strikes and the alternation of several weapons. The rabbit is able to throw the enemy into the air and juggle them like a pear, conduct bundles of weak and strong blows (two buttons are involved for this: "square" and "triangle" or R1 and R2 in an alternative layout), as well as perform a special trick that spends the corresponding strip. However, there was a drawback here: the speed of the rabbit is noticeably lower than the speed of the enemies. Slow-motion techniques sometimes do not reach the opponent, and the unfortunate ward repeatedly runs into a blow. Invulnerability when performing a reception, in turn, acts only in a bundle, so it is necessary to deal the first damage in advance, adding half a second to the timings.

To say that it is annoying is to say nothing. This situation sometimes infuriates, especially when performing large-scale bundles that break due to slow timings. The most interesting thing is that most of the enemies are unsuitable for beautiful destruction. The AI of the opponents is sharpened for 2-3 blows, which are easier to adapt to. Even the first bosses are not passed by a brash and beautiful game, but by repeating a simple two-hit combo. Here comes to mind a purely Chinese approach, which is so loved by local gamers.

Another fly in the ointment in F. I. S. T.: Forged In Shadow Torch was the jumping complexity. Sometimes the enemies spend a couple of blows and, as a result, fly away on the first attempt, and sometimes they perform dishonest tricks in the form of electrifying half of the floor or take a number. When the authors throw three powerful and nimble opponents into a small room (it is worth recalling that the speed of the rabbit is lower than the speed of the enemies), a form of hell begins in the game, where it is simply not possible to calculate the outcome of what is happening. Pure meat comes into play, namely, carrying out the most powerful techniques in the hope of surviving and not lying down before the enemies.

The same goes for building levels. Sometimes the rabbit moves in a straight line without encountering resistance, and in some places, Super Meat Boy-style platforming is dumped on it, where you have to jump, dodge lasers, cling to moving boxes and at the same time avoid enemy bullets. Such sections are not passed from the first or even from the tenth attempt. Why the authors could not evenly spread the fascinating platforming throughout the game, again, is unknown.

F. I. S. T.: Forged In Shadow Torch combines a stunning world of anthropomorphic animals, majestic locations, charming music, a thoughtful combo system and fascinating location research, but at the same time offers a jumping complexity and an unbalanced combat system. Ordinary players can be scared off by negatives that negate a positive gameplay, and someone will not stand the heat of the battles and another "dishonest" fall into the abyss, will throw the controller into the wall, vowing not to mess with the Chinese anymore. However, hardcore users who are able to" survive " unnecessarily difficult moments and are not allergic to memorizing the patterns of opponents, can throw another 1 or even 2 points to the creation of TiGames.

In any case, it is worth getting acquainted with F. I. S. T.: Forged In Shadow Torch, because the industry does not spoil players very often with really interesting projects in the genre of metroidvaniya.

F. I. S. T.: Forged In Shadow Torch was released exclusively on PS4 and PS5, in the future the game is going to be ported to PC (Steam). 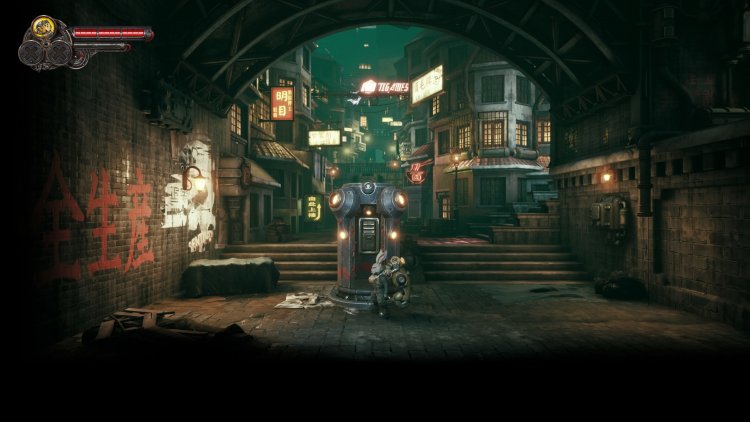 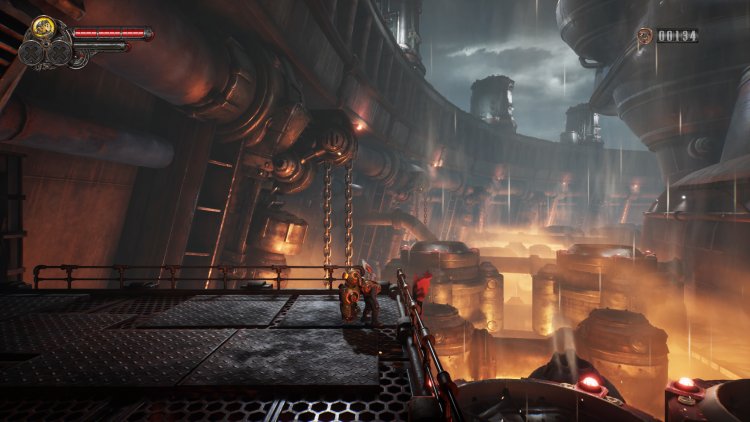 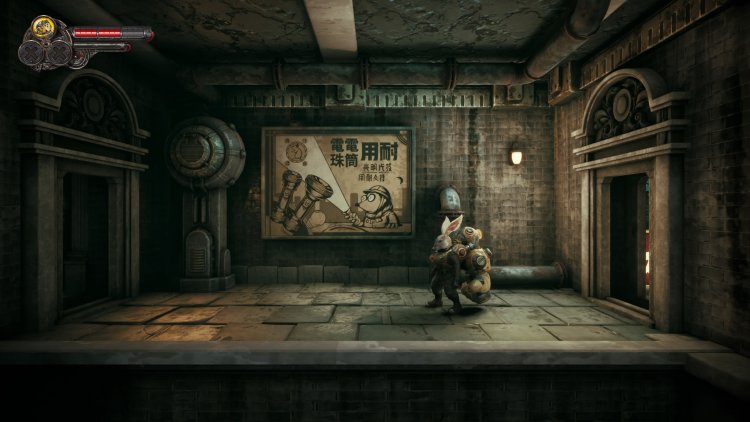 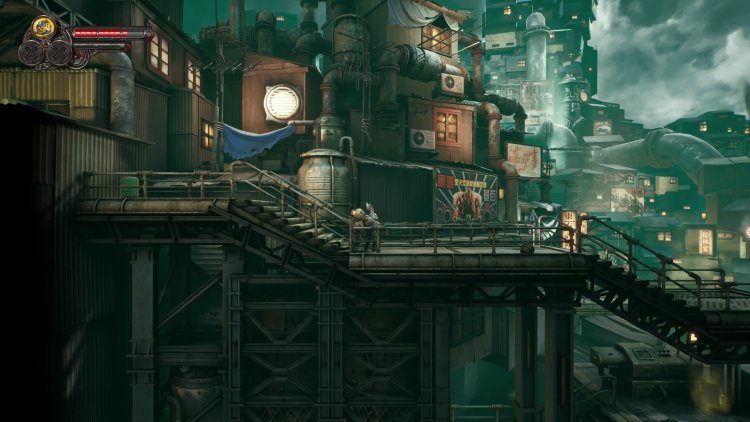