Resident Evil Village is the most important project for Capcom. Early leaks and hacks of the developers ' servers could have spoilered certain details to some fans and slightly blurred future impressions of the passage.

Resident Evil Village is the most important project for Capcom. Early leaks and hacks of the developers ' servers could have spoilered certain details to some fans and slightly blurred future impressions of the passage.The events of Resident Evil Village unfold some time after the finale of Resident Evil VII. The ending with the rescue of Mia has become canonical, and now system engineer Ethan Winters and his girlfriend are hiding in one of the shelters of the Blue Umbrella, along with their newborn daughter Rosemary. But the idyll doesn't last too long: on a happy family evening, BSAA soldiers break into the Winters ' home, kidnapping Ethan and his beloved daughter. Now the main character, who finds himself in the vastness of an unnamed Eastern European suburb, approximately in Romania, must understand what is happening around him, and save Rose from the clutches of the local community of monsters. We can't go into details, but the production is done at the highest level.

Switching to the side of "medieval horror" is a series of face-to-face. Ethan gets out of the overturned car and walks along the road, which is dusted with snow and blood, towards the deserted village. The authors play beautifully with the environment, focusing on bright details and elements that give the overall picture liveliness. The frozen ground oozes steam from a horse recently ripped open by sharp fangs, and the crunching of branches under the hero's feet adds to the atmosphere of anxiety. The doors creak grimly on their rusty hinges, and somewhere I can hear the rapid breathing of a werewolf.

A small and very dramatic prologue is replaced by crazy and somewhat reminiscent of Outlast 2 races in a maze of clever and dangerous traps and the first acquaintance with the monstrous four Lords and her patron Mother Miranda. The village lycans are replaced by revived corpses with axes and rusty swords, as well as the friendly family of the new game icon Alcina Dimitrescu. In the Gothic castle of the vampire, the developers focus on exploration, allowing players to get better acquainted with the structure of the estate and immerse themselves in the puzzles. At the same time, the game helps beginners in every possible way, highlighting rooms that are not fully explored on the map in red, or attracting the eye with the brilliance of treasures hidden in the ceiling beams and behind valuable paintings.

Different locations in Resident Evil Village are designed for different gameplay, - slow or more active, - respectively, there is a place for both action and frightening episodes. Most of the time you will have to explore the area, look for important items and keys to new doors. The village serves as a kind of hub, where the hero will return more than once, but the bosses and their habitats will have to be passed in a special order with little variation. For example, once in the creepy house of the dollmaker Beneviento, you have to play by the rules of the movie "Saw": find hidden keys and solve dark riddles. The episodes in the fortress and in the factory, in turn, rely on action, and there, even on normal difficulty, you will have big problems with ammo. Well, the last part of the game is already beginning to resemble the Call of Duty series.

The bosses turned out to be very colorful, and the battles with them require an understanding of their vulnerabilities. If you do not have the necessary component for the confrontation, such as bombs, then the game will kindly place a couple on the nearest dressing table or closet. The screensavers and the fights themselves are very smoothly mixed, creating rich and very bright scenes at the level of the best Hollywood productions.

Capcom designers play very boldly with styles and mechanics, making each new meeting with the next lord different in style and gameplay from the previous one. Closer to the finale, the writers surprise with an unexpected and very powerful twist, offering a look at the events from a slightly different angle. It is noteworthy that it took me ten and a half hours of real time to complete the campaign with the search for all the secrets, but the game has a trophy for completing the plot in less than three hours. 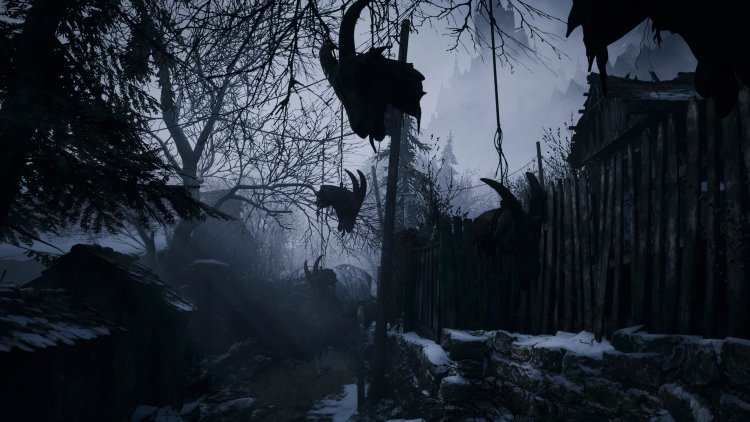 In terms of combat mechanics, Resident Evil Village is similar to the last part. There are enough types of firearms to fight all kinds of evil spirits. For example, pistols are suitable for accurate shooting at the head or limbs of monsters. If you hit the enemy's hand with a weapon, he will drop it, and if you hit his leg, he will slow down. Shotguns are good for attacking at close range and against aerial targets, while sniper rifles are good for attacking distant targets. During my first walkthrough, I found three types of pistols, two types of shotguns, one sniper rifle, and a grenade launcher. You could buy a killing machine in the store, but I didn't spend any money on it. Naturally, it is better to sell weaker weapons, clearing a place in the inventory.

In addition to guns, the arsenal also has mines and bombs, which not only work as weapons of mass destruction, but also allow you to destroy walls in key places. If you have a recipe, you can create ammo and first aid kits yourself. Most of the combat arsenal will be found by solving puzzles and carefully examining the environment.

In Resident Evil Village, there are both mandatory and optional puzzles, but it is through solving the latter that you can find additional artifacts. For example, in some places you need to hold a special ball through a tangled maze, tilting a wooden structure, and in another case-to light torches to open an ancient coffin with a very expensive crystal.

The collected items and the treasures and money dropped from monsters and bosses can be exchanged for valuable goods from a local merchant. The Duke will be happy to sell you an additional inventory cell, new weapons, improvements to the old ones, and recipes for crafting ammunition, as well as buy valuable items and jewelry from the hero. Later on, you can even prepare amazing local dishes that will permanently increase your health or protection. However, this will have to work hard, trying to track down the right birds, fish and animals. But remember: if you sell the meat of a rare animal to the Duke or throw it out of the inventory, then you will not be able to get the coveted piece back, unlike weapons that can be bought from a merchant, and it will be impossible to complete the recipe accordingly. The same applies to important components and treasures – if you have passed the location of one lord, then go back to it and collect important items will no longer be possible. And if you throw something on the ground while optimizing your inventory – it will be lost forever. These nuances obviously will not appeal to everyone.

As for the trade with the Duke itself, the developers have provided the opportunity to raise the price of the item being sold well, for example, by setting an emerald crystal in an empty silver ring or connecting two parts of one figure together. Here fans of Resident Evil 4 will feel at home.

However, the Duke's supply is not infinite – the number of ammo and bombs available for sale is strictly limited, even if you still have money left. If you bought Resident Evil Village with bonuses, you can pick up free ammo and first aid kits without leaving the merchant, and there is always a place for manual saving on a typewriter next to his shop.

Resident Evil Village looks amazing, offering an incredible implementation of the game of light and shadow, support for retracing on new-generation consoles and close to photorealistic environments. After Capcom's successful experiments with VR in Resident Evil VII, it seems that the new game would be perfect for the virtual reality format. Perhaps the implementation of such a mode was postponed until the release of the PlayStation 2, and if so, then in the future VR enthusiasts are waiting for a real bomb.

The game also interacts with the DualSense controller's recoil technology, but only at a minimum-when using a sniper rifle or in some other rare episodes.

Music from Shusaku Uchiyama creates the right atmosphere in the tense moments of battles, and ambient sounds and voices of approaching monsters allow you to better immerse yourself in the atmosphere. All this is especially great in the Pulse 3D headphones from Sony. 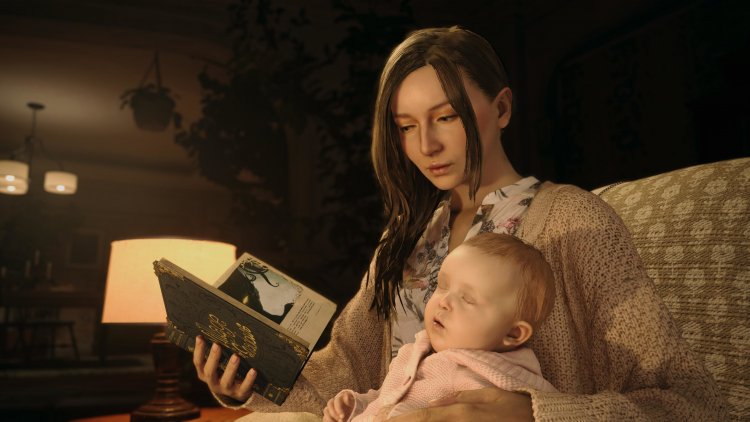 Resident Evil Village is an unforgettable blockbuster with a crazy plot even by the standards of the series, bright characters and a great audio-visual series. Unless the heavy emphasis on the action component in the last third of the game may disappoint some fans a little, but this will not prevent Resident Evil Village from becoming one of the best games of 2021. 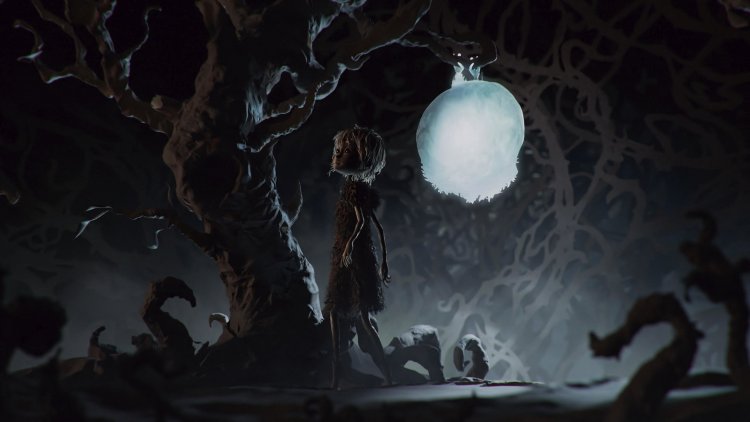 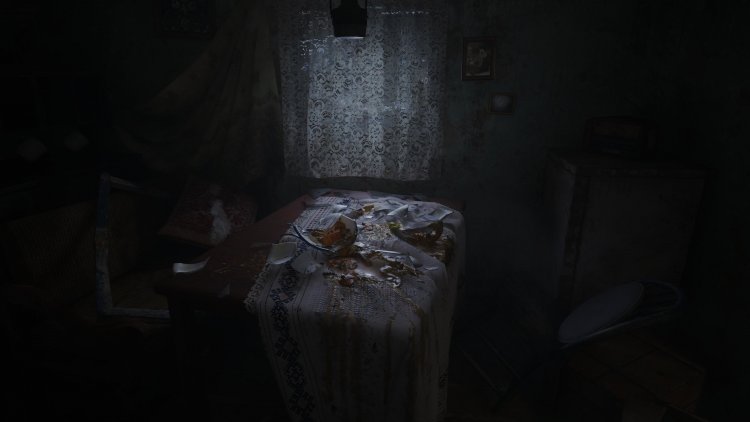 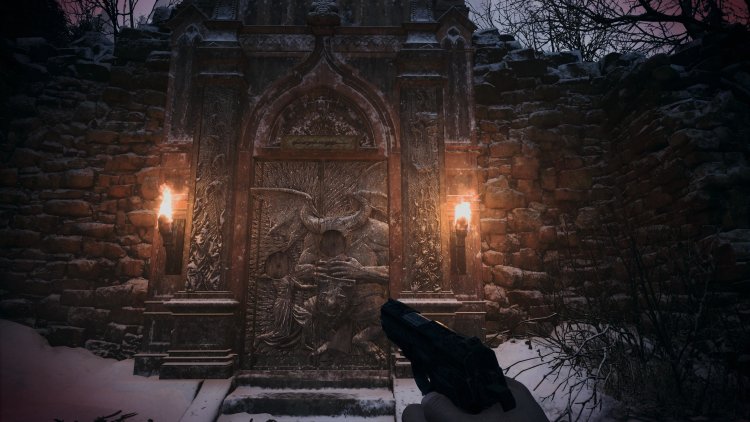 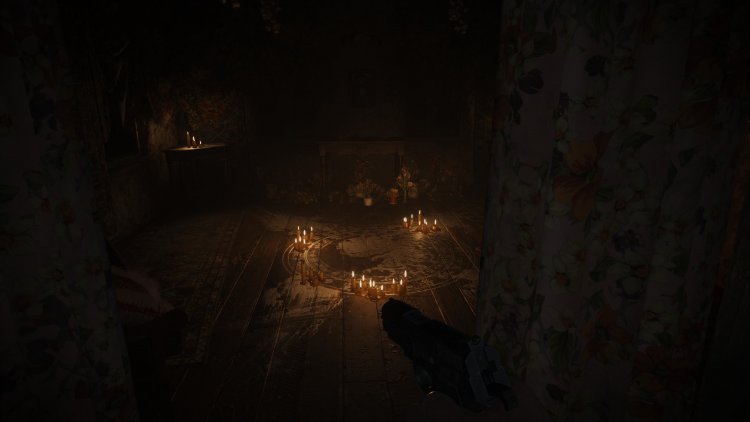 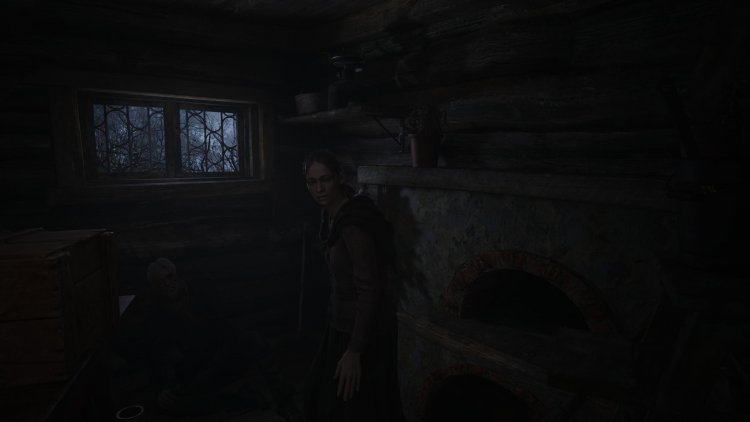 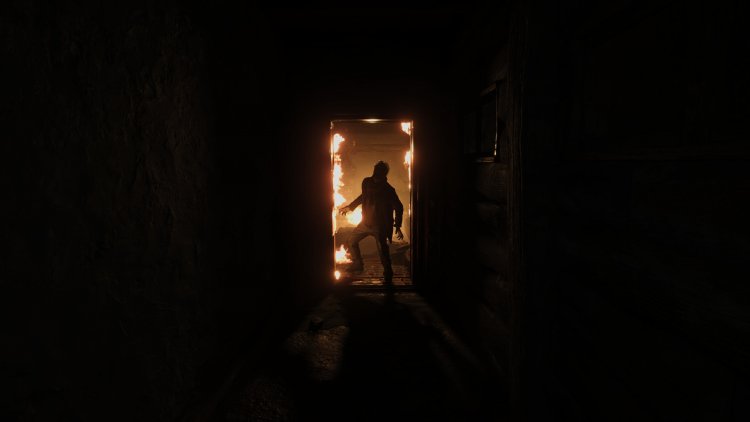 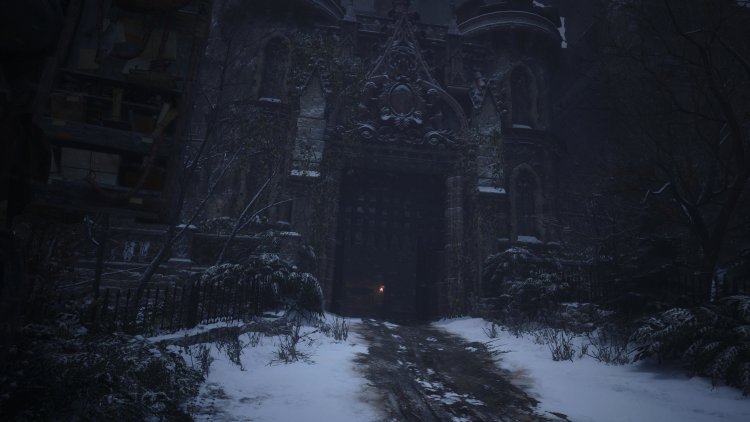 An important game for the industry: a review of The Last of Us Part II from Microsoft...