Nintendo Switch is the only platform on which expansion has not yet been released, but the developers will fix this already on February 10th.

The Outer Worlds: Peril On Gorgon may contain content not appropriate for all ages.

Peril on Gorgon is the first of two planned Story DLCs for The Outer Worlds and has been available for almost six months now on PC, PS4 and Xbox One.

You will have to search an abandoned object on Gorgon Asteroid after receiving a mysterious message, meet many characters, and figure out why the project was closed. On the way we will meet monsters and marauders - victims of scientific experiments. And the recluse will help us in revealing the secret of her mother - the project director. 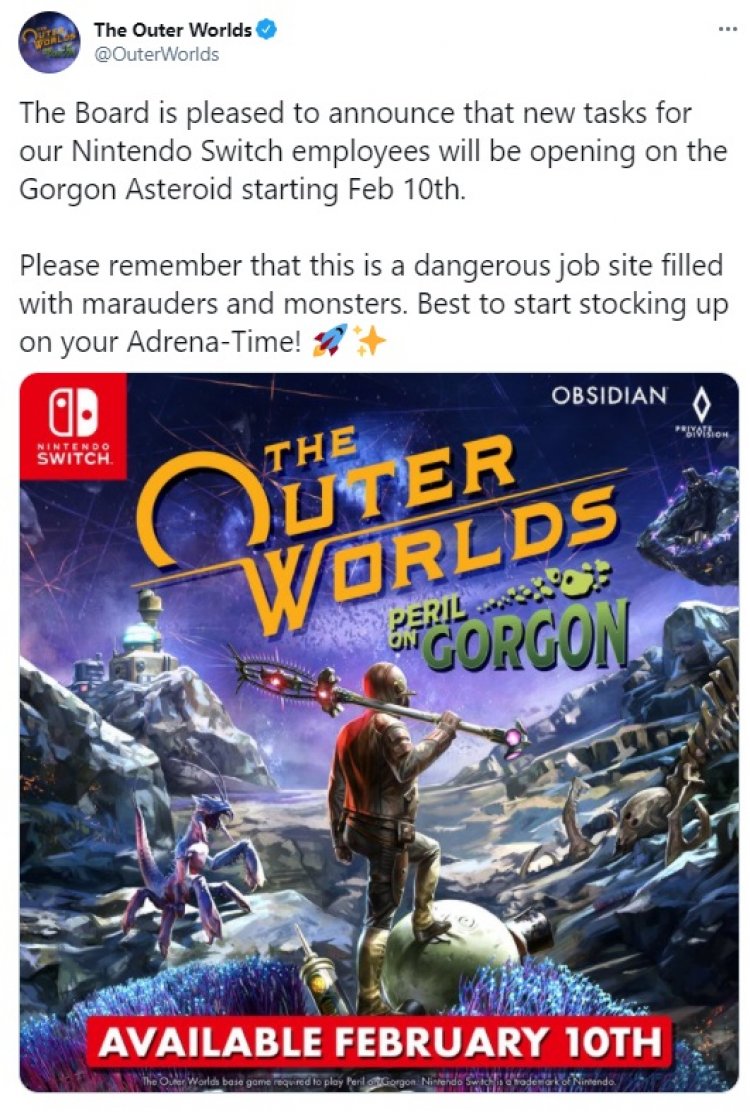 Peril on Gorgon received a new story, variability of dialogue and unusual equipment, but the gameplay and short plot remained unchanged.

The second DLC for The Outer Worlds is called Murder on Eridanos, and there is practically no information about it. The release is expected in 2021.

Destruction "on steroids", cross-play and F2P-mode-an insider told about Battlefield...