At the end of January, Naughty Dog studio released on PlayStation 5 a collection of updated Uncharted 4: The Way of the Thief and Uncharted: The Lost Legacy.

Uncharted: Legacy of Thieves Collection - The perfect adventure in high resolution: a review of a video game for PlayStation 5.

The first game is the final chapter in the series of adventures of Nathan Drake, in which the hero goes in search of the lost treasure of Captain Avery and discovers the pirate colony Libertalia deep in the jungles of Madagascar.

The second project is a large-scale independent addition to the fourth part of the franchise, which tells the story of the adventures of Chloe Fraser with her partner as a famous mercenary Nadine Ross. The girls end up in the Indian Western Ghats during the search for the Golden Tusk of Ganesha.

"Uncharted 4: The Way of the Thief" was released in May 2016 and surprised with its elaborate locations, thoughtful combat system, verified animation and attention to the smallest details. For almost six years, the creation of Naughty Dog is not outdated at all. The gameplay even now will give odds to most competitors.

Inspiration from "Uncharted 4: The Way of the Thief" was drawn by the authors of many famous adventures, including the French Ubisoft, and the hook-cat became a regular of parkour games. The scene with the jeep chase has firmly entered the industry as one of the most dynamic and exciting, having managed to stand out with clearly staged directing and camerawork.

Speaking of the new generation, it is worth noting that the gameplay of Uncharted has been supplemented with impressive graphics and optimized for the capabilities of the new console with its special functions. "Uncharted: The Legacy of Thieves. The Collection" works in 4K resolution with an increased frame rate, has support for 3D sound, tactile feedback and dynamic trigger effect, as well as the ability to load quickly thanks to SSD.

The clarity of the picture in Uncharted has become prohibitive, and the speed has increased up to four times. Players can choose from three modes of graphics settings:

The second mode will be beneficial to owners of old Full HD TVs, whose owners will be able to get 1080p resolution by lowering the base 1440p thanks to improved anti-aliasing technology. Owners of 4K-enabled TVs will receive a scaled image using proprietary reconstruction technology. 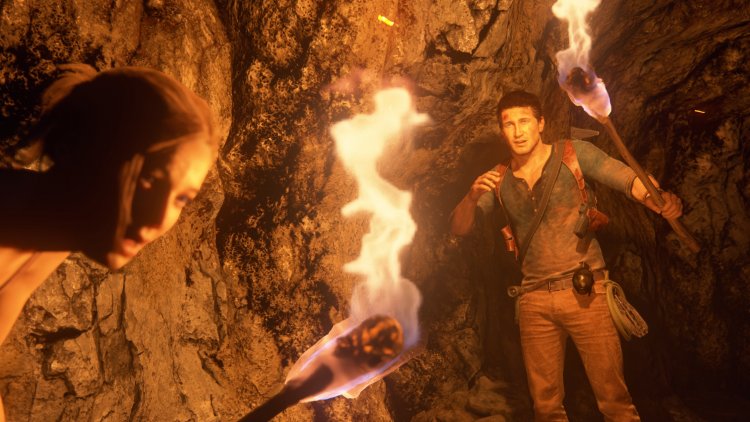 When playing in 4K, every blade of grass and pebble is visible. It seems that the smog hanging over the ground has disappeared from Uncharted, and now you can look far beyond the horizon. Thanks to 120 FPS, killing enemies is now nice and easy, and dodging bullets and clinging to the edges has become easier. New technologies really work wonders.

There were no drawdowns when playing at 60 FPS. The resolution of 1440p slightly soaps the picture, but the increased frame rate pays for it many times. Fans of cinematic gameplay can stay at 30 FPS and get a point-to-point picture on their LCD displays.

To say that some mode prevails over others is quite difficult, how much work has been done in the field of optimization. It's worth trying all three and choosing the most acceptable one for yourself personally. Someone will like high speed, and someone will prefer resolution.

An indisputable plus compared to the outdated version for PS4 were crystal clear reflections in reservoirs and external glasses of buildings - wherever the nearest objects are visible. Sometimes it seems that a clearer picture is visible in the mirror and on the water than it actually is. The exceptions are fast flowing streams and polluted rivers full of silt.

The capabilities of DualSense are not so clearly involved and mostly do not cause delight, although there are decent moments when the controller breaks out of the hands when shooting from a machine gun or the trigger "jams" after pressing the gas pedal in a jeep. The most interesting phenomenon in Uncharted is rain. Of course, Naughty Dog's creation is far from the effects of Returnal, but nevertheless, every blow of raindrops vibrates in the hands of the player.

Downloads happen instantly. At the first launch, users will see the PlayStation Studios and Naughty Dog screensavers, and on the second turn—on, the main menu screen, which appears after 10 seconds. After another 5 seconds, the owners of "Uncharted: Legacy of Thieves. Collection" will be in the game. In total, it will take only 15 seconds to switch from the home screen of the console to the gameplay frames. Saving time has never been so effective.

There were no critical errors in the operation of the game. When launching Uncharted 4, there was an unpleasant bug with the disappearance of collection items that disappeared after restarting the first episode. At the same time, the found items were displayed in the level selection menu, and there were questions in the treasure list and items could again be picked up in secret places. There is no such mistake in the "Lost Heritage".

A nice bonus for the owners of the original game was the ability to transfer saves to the new system. After conversion, all accumulated progress remains with the player, and trophies are immediately opened in the "Thief's Way". In addition, you will have to extract them again, although not all of them. For example, accumulative ones are issued after finding the first item. 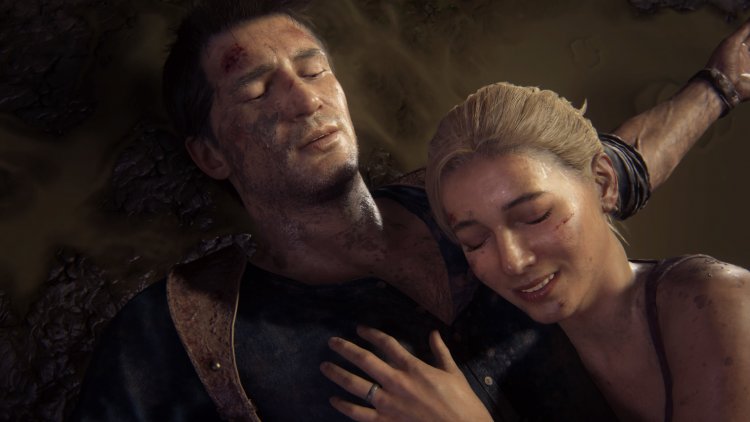 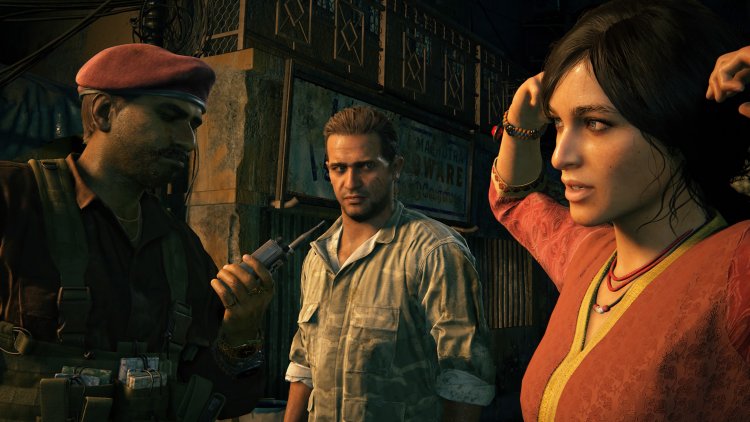 Uncharted for PS5 is undoubtedly worth the money that is being asked for an upgrade. At the exit, the happy owners of the new console get a beautiful game with a clear picture and high speed, which is not present in the version launched for backward compatibility. The load includes special features of DualSense and instant downloads.

Before us is a famous adventure that has become even more beautiful. Now players can definitely count the hairs on Drake's chest or in Sally's mustache. Users who, for one reason or another, missed the final part of the adventures of the famous treasure hunter, can be doubly envied, because they get the best version of the adventure from a technical point of view possible.

January 28 "Uncharted: Legacy of Thieves. The Collection" is released on PlayStation 5. Within a year, the game is promised to be transferred to personal computers.

Sony cut out a separate competitive multiplayer mode from the remaster of the fourth Uncharted, but this does not affect our assessment, since we considered the original game primarily in terms of the single. 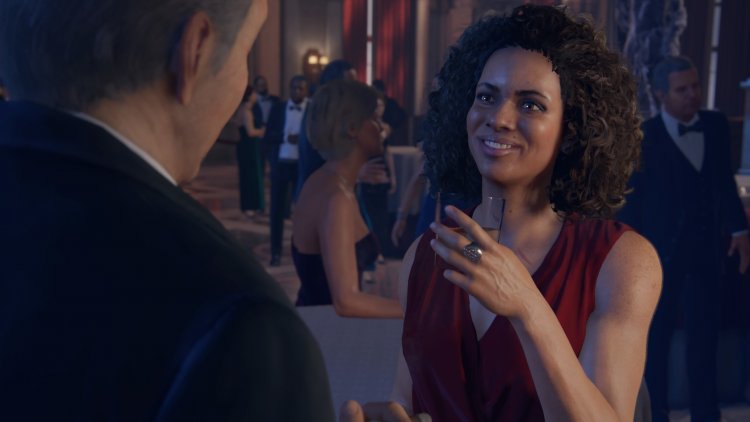 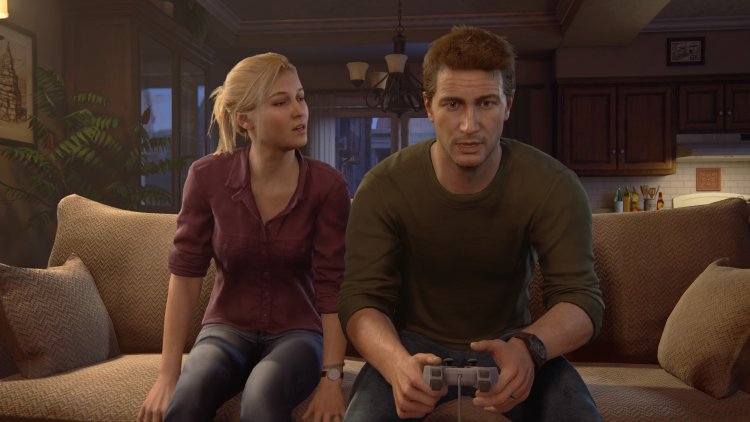 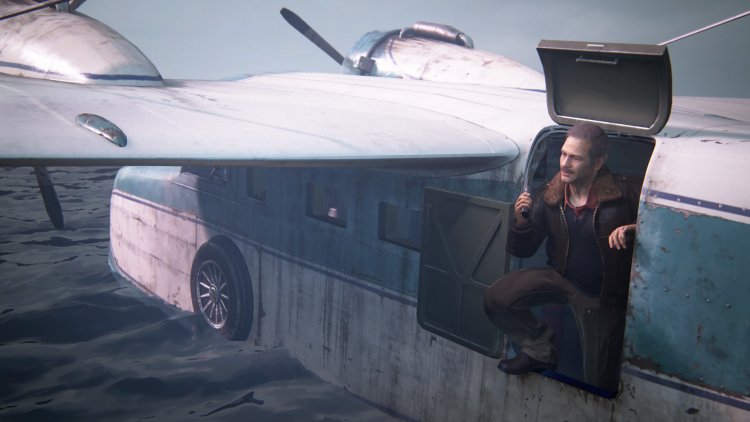 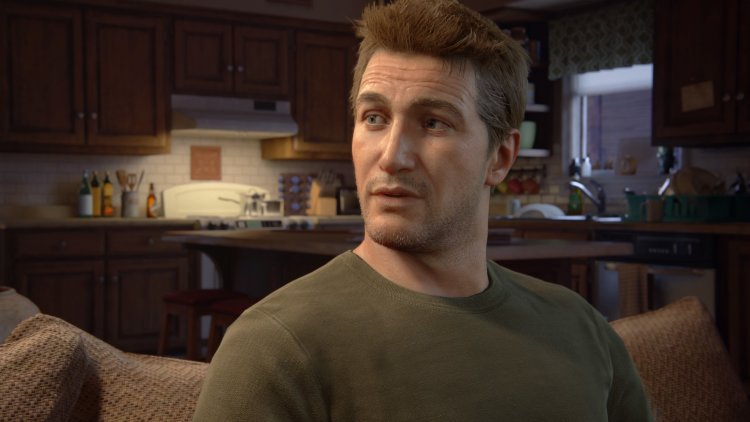 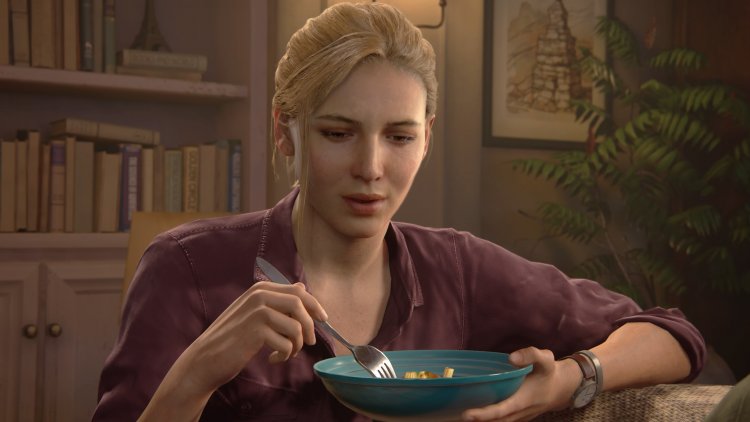 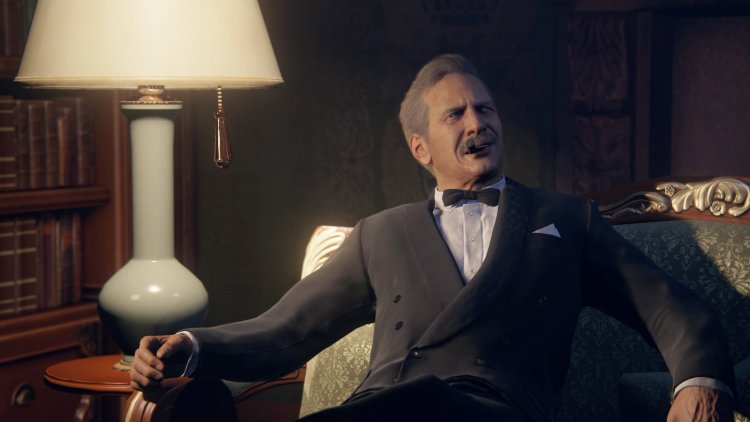 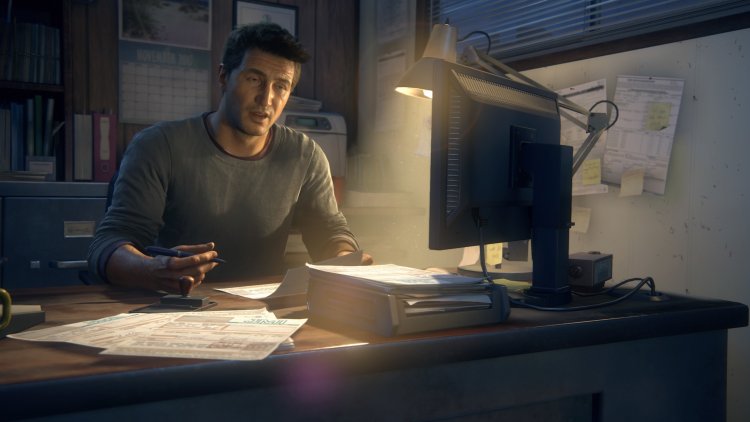 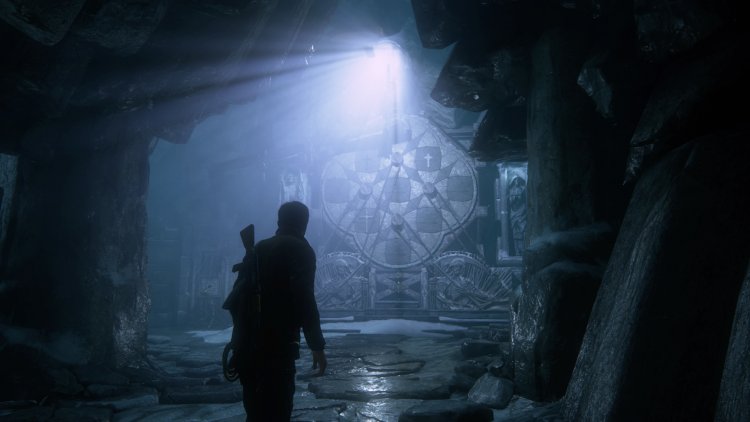 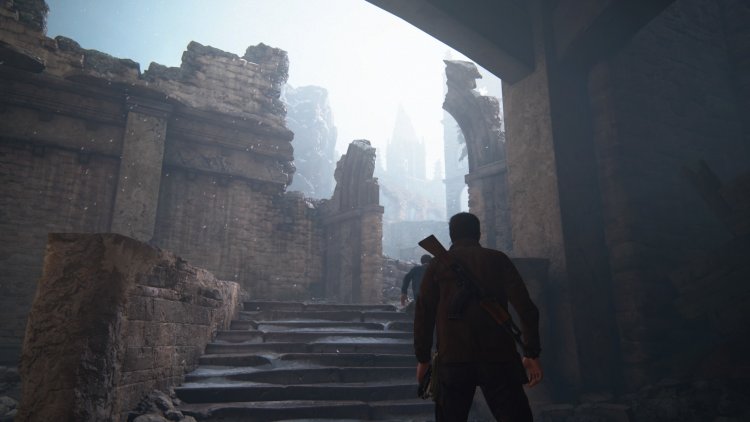 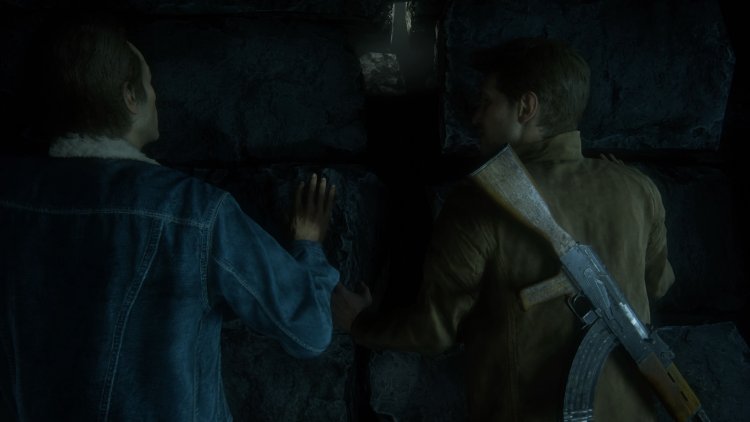 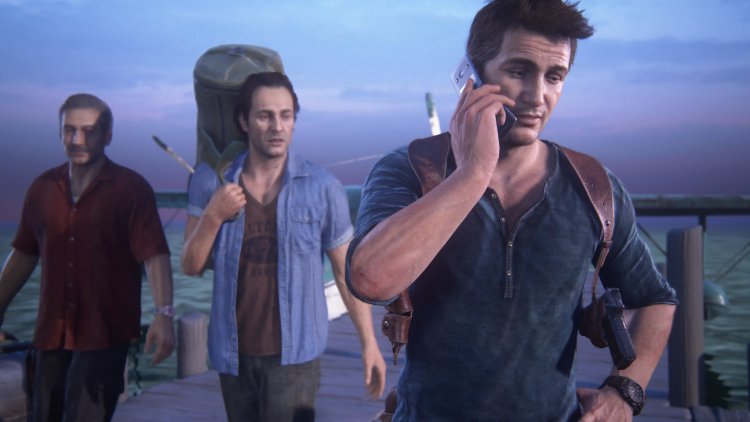 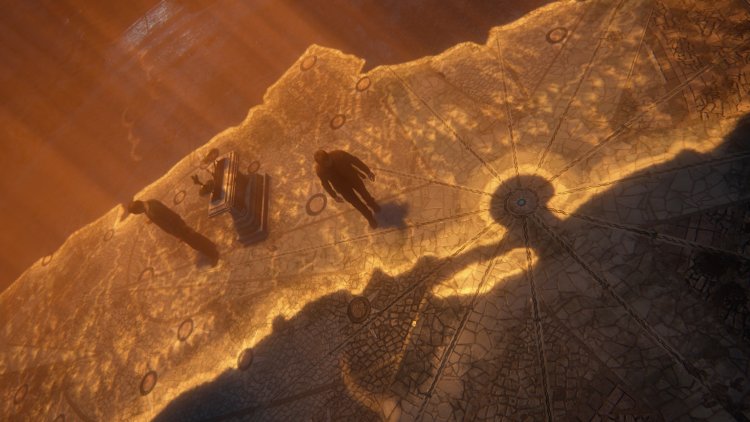 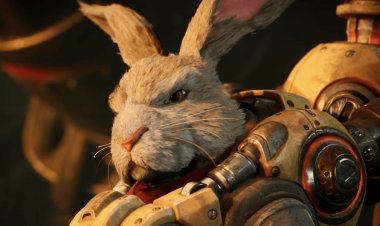 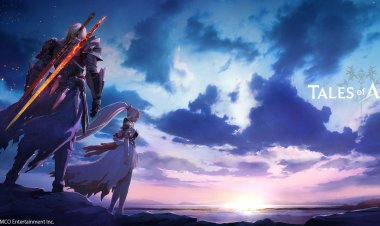