As part of the Golden Joystick Awards 2021 ceremony, 1C Entertainment announced the game Men of War II from the Ukrainian studio Best Way.

There is a movement behind enemy lines: We are telling about the revival of Men of War 2.

For most players in the CIS, the Men of War franchise is known by a completely different name - "Behind Enemy lines". This is due to the leapfrog due to the change of Western partners-publishers, as well as a change in the course of franchise development. Therefore, a new name was chosen, which at the same time did not affect BestWay's approach to creating games.

As before, the player will have to take part in the key battles of the Second World War, taking control of a limited-sized army. The events unfold on the Eastern and Western fronts, and the developers promise to show not only famous battles, but also more ambiguous events. So, Men of War II begins with the offensive of the Wehrmacht on the positions of the USSR at the beginning of the Great Patriotic War. 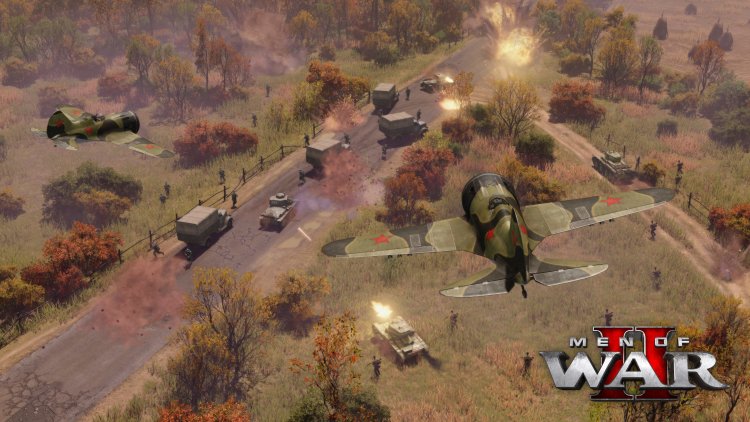 As part of the story campaign, players will be able to take control of Soviet soldiers or allies. In some missions, they will allow you to play for the Germans. In total, 45 battalions and more than 300 types of transport will be available.

In projects from the series "Behind Enemy lines", battles usually involve not giant armies, but rather small detachments. The emphasis in Men of War II is on battalions of 10-15 slots, which are divided into various specializations. Units must be called to the battlefield, and at the beginning of the round they give light armored vehicles, and they will allow you to order heavy tanks only at the end of the battle.

The project has been under development since 2016. As told in the studio, the gameplay was put at the forefront. That is why they were the first to develop a network mode in which the main innovation in the gameplay - the "Front Line" - was tested.

The "front Line" is a revised concept of the "Fog of War", which directly affects the battles. The map will be divided into two parts. In the controlled territory, the player feels more at ease - you can summon or treat units, replenish ammunition, repair equipment and build fortifications. Violators are also visible - with the exception of saboteurs and scouts. 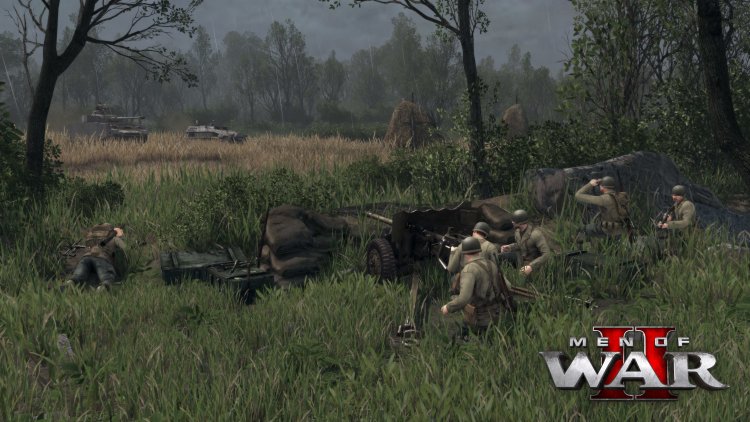 It will be possible to move the line only at the expense of infantry and artillery, which makes tank blitzkriegs more difficult. It is much less comfortable to act in enemy territory. The review is limited only by the field of view of the unit, so the enemy may well organize a sudden strike, because he will see everything perfectly.

However, the enemy can be driven into the cauldron, dooming to complete destruction. Or throw a landing party into the rear, creating an additional headache. Other tactics are also available. For example, engineering structures can be erected, and soldiers can be sent to the building. All this will complicate the opponent's attempts to "push" the front line.

Great importance is given to disguise. Taking a convenient position, snipers, saboteurs and even tanks can fire more shots, remaining unnoticed by enemy soldiers.

The key mechanics of the "Behind Enemy Lines" series have not gone anywhere. In Men of War II, the player can take direct control of artillery and armored vehicles. There are several camera options available in total (first-person view/third-person view/binoculars). 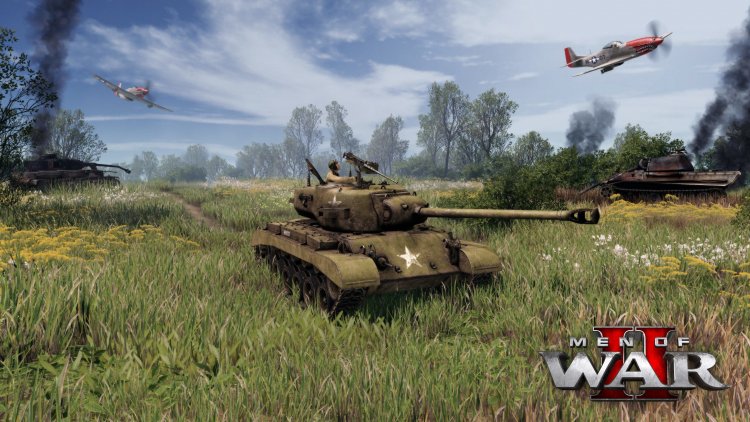 Best Way has done a lot of work on the network component and interaction with the community. Tasks from the story campaign will allow you to pass in a cooperative (up to five people). There is also support for mods, which opens up a lot of space for fans to be creative.

Multiplayer battles remain the second most important component after the campaign. According to the developers, this aspect was not easy for them, because there was a risk of splitting the audience by introducing different modes. In addition, some mechanics had to be revised and accelerated so that they did not look too tight.

As a result, ratings and leagues will be available in Men of War II. Up to 10 people (5v5) will be able to take part in competitive battles at the same time. Matches last approximately 30 minutes (story tasks take approximately 40 minutes). Do not forget about the "Front Line", because the capture of enemy territory will also be taken into account when determining victory.

If, in the midst of a battle, the player has a connection break, then he will be allowed to reconnect. Otherwise, the person will be replaced by a bot. Serious work is being done on AI, because the developers claim that bots will "entertain to the maximum", it will not be possible to pick up easy tactics. 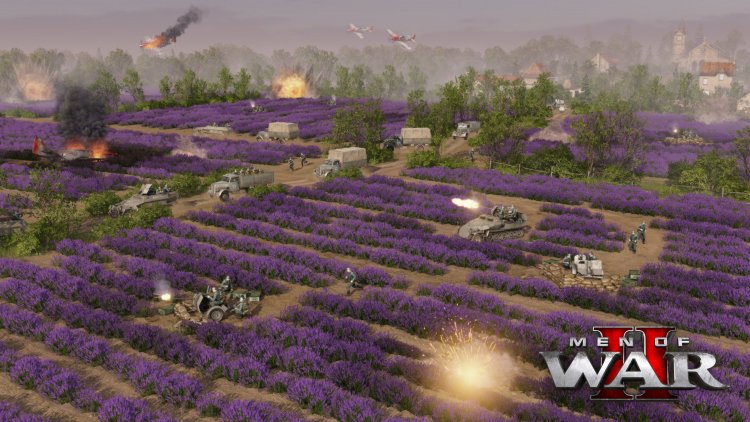 Newcomers who are not familiar with the franchise have also been taken care of. Players will not only be explained in detail the basic principles of mechanics, but will also demonstrate them clearly in training missions. Additionally, you can choose one of two control layouts (classic and more familiar for most real-time strategies)

The graphics engine has been completely redesigned, although work on polishing it is still underway. The Best Way promises to implement weather effects, change of time of day and destructibility. All this affects the contractions, although the creators continue to think about what works, and what is worth getting rid of. In particular, it was decided to abandon the influence of snow cover on the movement of detachments, because it did not bring anything into the project.

The RTS genre has not been in the best condition in recent years, although there are attempts to revive it. At the same time, 1C Entertainment diligently avoids comparisons with another major project - Company of Heroes 3. The company emphasizes that in Men of War II it is impossible to create an army of tanks and arrange large-scale battles. Instead, it is necessary to intelligently use limited military resources to defeat a dangerous enemy.

The PlayStation Home social gaming platform is coming back to life by fans 6 years...