As if by the law of the genre, the story of the writer Alan Wake always ended in mid-sentence. The original Alan Wake, which was launched in 2010 by the Finnish studio Remedy Entertainment, was the result of a complex production cycle — the concept went through many iterations.

Alan Wake Remastered - not a lake, but an ocean, a review of the game on PS5.

Having reached the release, the game rallied a confident fan base around itself, unfolding a fascinating and gloomy universe in front of them, leaving many tails for a potential sequel. And the sequel was really planned — first in an episodic format, and then in the form of a full-fledged sequel.

Unfortunately, the idea of episodes stopped after two small mini-chapters and an independent addition to Alan Wake's American Nightmare. And all we have from the failed sequel to Wake is a small concept demo, the footage of which the Remedy team posted to the public a few years ago.

But even the darkest night is necessarily followed by dawn, and the promised return of a writer lost in darkness has become much more tangible over the past couple of years. First, Wake was remembered in the mystical action game Control — together with this game, which was released in 2019, Remedy launches its own multiverse. Without going into details, relying on his own screenwriting talent, creative director Sam Lake tried to combine all previously invented artistic creations under one roof. The culmination of this action was the story expansion of AWE, where Alan Wake appears before the player again, reminding about himself and his failed attempts to return to the light.

However, every story has its beginning, which is sometimes useful to return to. So Alan Wake Remastered comes on the scene — a reissue of the classic game, going on sale tomorrow on all current PlayStation and Xbox consoles, as well as PC.

The basis for the reissue of Alan Wake was the PC-build of the original, restored and refined in small but successful proportions, significantly affecting the perception of the picture as a whole. Experts from the British studio D3T and the Remedy team paid the most attention to character models, scenery and textures.

Almost all the central actors have noticeably prettier — they have added detail and geometry. Wake himself has acquired a new appearance, which is now somewhat closer to the prototype of the hero - actor Ilkki Willy. In cutscenes, this artistic change shows itself very well, but in gameplay segments, the new face may look somewhat strange, especially in certain lighting conditions and in the absence of detailed facial animations. Fortunately, the camera almost always stays behind the character's back, capturing only the back of his head, and there are no complaints about him at all.

With regard to the elements of the environment, various assets were subjected to spot adjustments — advertising signs, cars, vegetation, household items and interior. From memory, it may seem that the changes are quite insignificant, but comparing the picture with the original of 2010, you immediately notice how much nicer the reissue looks. Complements the impression of technical improvements and the performance of the new version on the PlayStation 5 and Xbox Series X consoles — here the game runs in 4K resolution at 60 frames per second. By the way, the PS5 also uses the capabilities of the DualSense controller — the triggers resist pressing when firing weapons.

A screenshot of the original game - Alan Wake 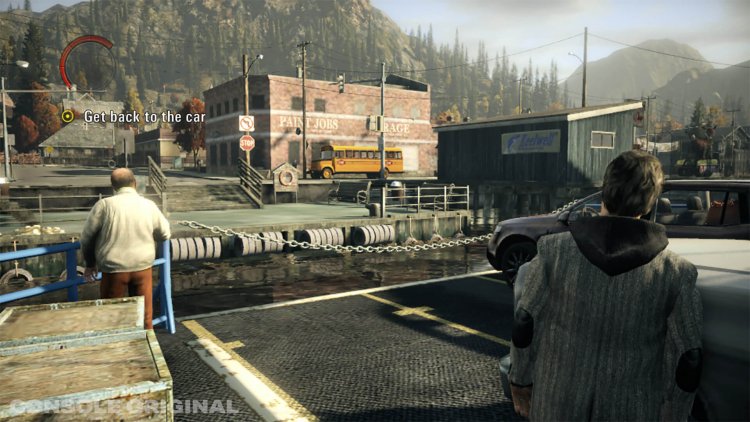 A screenshot of the original game - Alan Wake Remastered 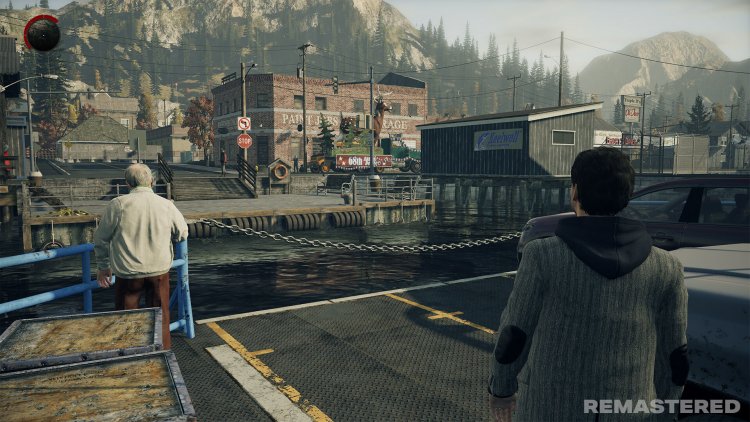 The star of the show of the visual component of Alan Wake Remastered, as before, is lighting. Most of the events of the game take place at night, which allows you to enjoy the hypertrophied contrasts of light and shadow, the volumetric effects of fog hiding in the foliage and bright red signal flashes piercing the darkness.

But what says the most about the age of Alan Wake in the new reissue is the animation. The developers did not rewrite or edit the movements of the characters for the reissue, so some rudeness of the choreography of virtual actors requires some getting used to. 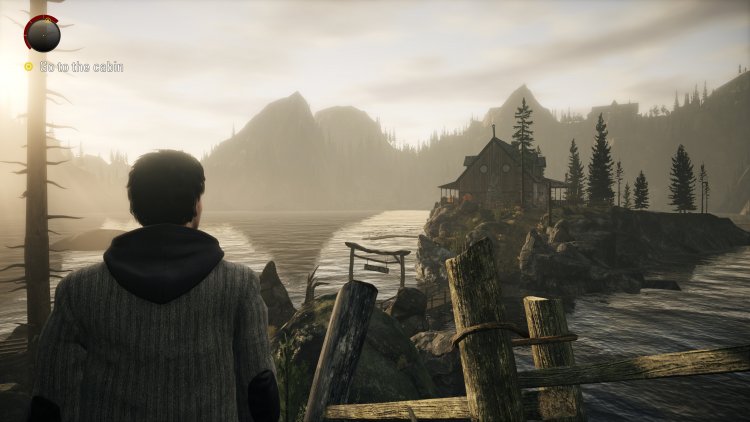 Beyond the visual updates, Alan Wake Remastered remains the same game. The content of the reissue (omitting a few surprises) is as identical as possible to the original release, both in terms of gameplay elements and plot narration.

The narrative of Alan Wake, as befits the name, is based on the fate of the writer Alan Wake, who is experiencing a great creative crisis. Trying to distract from the two-year stagnation, the author and his wife go on vacation to the small mountain town of Bright Falls, located in the northwestern United States. Having got acquainted with the local eccentric inhabitants, the writer finds himself in a terrible trap in ignorance — an ancient otherworldly entity that has been lurking in the dark waters of Lake Koldron for centuries has become “interested” in him. Having survived an unexpected crisis, the hero's wife is kidnapped, and he himself begins to spiral deeper into the abyss of madness, losing sight of the boundaries of reality and fiction.

The story described above falls on the gameplay in a fairly simple form. Divided into several episodes, the project consists of a combination of peaceful daytime interludes and dynamic night action segments. During the first, you most often communicate with other characters, admire the views and passively move the narrative forward. But as soon as night comes, Alan is armed with a faithful flashlight and gives battle to the creatures of darkness.

The Alan Wake combat system is based on the use of various lighting devices. Since most of Alan's opponents are people possessed by darkness and inanimate objects, in order to inflict at least some damage on them, it is first necessary to burn out the darkness. You can do this with a hand flashlight, large searchlights, lamps, car headlights, stun grenades and other objects. Weakened enemies become vulnerable to firearms — revolver, shotgun or shotgun.

Trying to maintain the atmosphere of a horror-thriller, the vast majority of combat episodes draw the same scenario — for your soul, terrible woodcutters with axes come out of the shadows of trees, there are a lot of them, and you just want to run away from them. For the same reasons, the game offers easy resource management — you collect ammunition, lighting tools and batteries for a flashlight. Occasionally, developers put Alan behind the wheel, which is explained by the plot context. Of course, we are not talking about any open world. However, you are free to make stops in optional locations, for example, in order to collect some of the additional items.

Those same "gatherers" are designed to dilute the gameplay monotony a little. They range from clueless thermos flasks, which have already become a local meme, to more interesting things, like Wake's own manuscripts. Finding scattered sheets of his unpublished work, the writer discovers in them frightening details of his unenviable situation - descriptions of both events that have already happened and warnings about the shocks of the near future. Through manuscripts, strange TV shows and radio broadcasts, Sam Lake not only plays with pop-cultural references, but also complements the script with vivid meta-techniques.

In addition to the base game, the new reissue also includes two DLC episodes — The Signal and The Writer. Each of the chapters continues the story of Alan after the final credits of the central plot, simultaneously experimenting a little with gameplay systems and level design. Here Alan paves his way through the sophisticated constructions of his own imagination, relying on the writer's talent in order to change the conditions of the game on the go.

The slight repetitiveness of the Alan Wake gameplay in the latest edition has not gone away. If hiking through the night forests of North America bored you ten years ago, then do not expect that the remaster will give completely different emotions.

But at the same time, it is possible that playing Alan Wake Remastered you will re-or in a new way be imbued with the charming charisma of the unique handwriting of Remedy Entertainment. Stylish narration, a whole cast of bright characters, expressive voice acting, serial tempo, touching musical accompaniment from composer Petri Alanko and a strong selection of licensed tracks still organically add up to a memorable work of art that leaves a pleasant, albeit bitter aftertaste. As befits a real thriller. 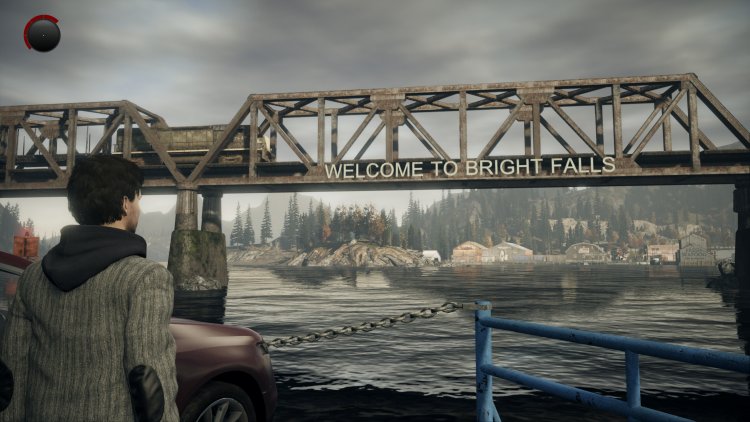 After learning about the true depth of the dark waters, Alan Wake for many years left his fans not with a lake, but with a whole ocean of questions. Returning to Bright Falls via Alan Wake Remastered is a good opportunity to read the dusty draft again. Especially now that the writer's journey through the darkness seems finally ready to continue. 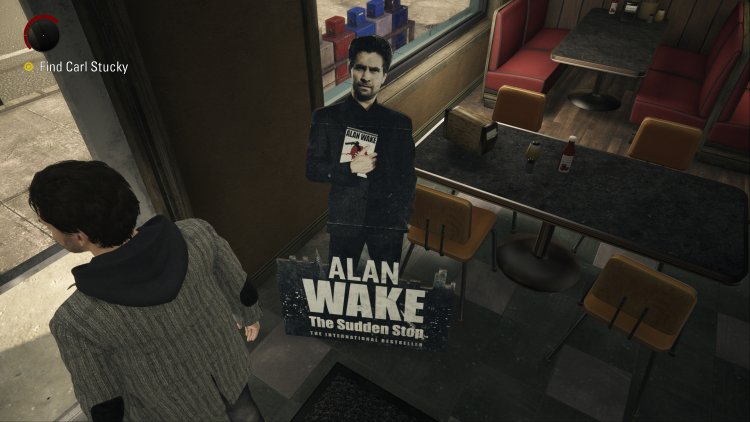 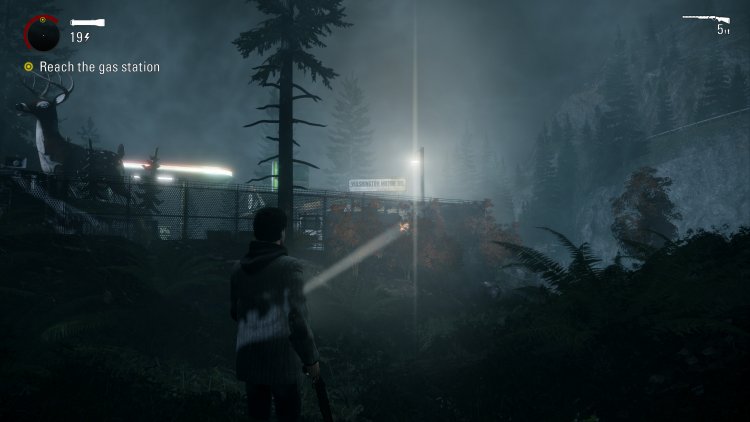 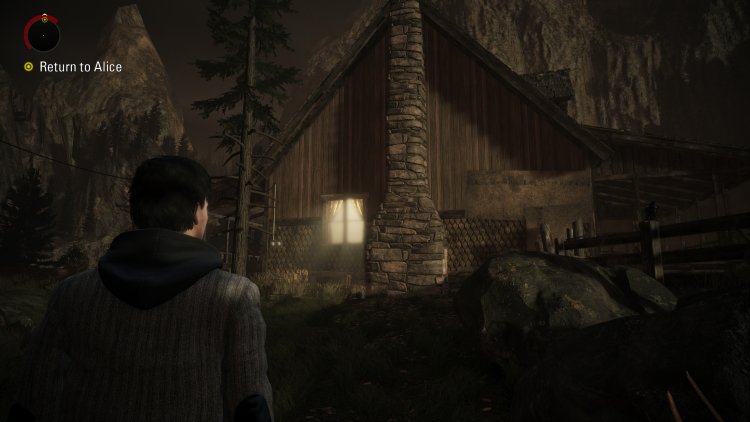