As the release date of Horizon: Forbidden West approaches, developers from Guerrilla Games are beginning to actively share details about the upcoming game.

At the end of October, the studio talked about Eloy's new abilities and the fighting techniques she will learn in the Forbidden West. Now the authors have paid attention to the bestiary of cars.

In addition to some returning robots from Horizon: Zero Dawn, such as Snaptooth and Ryskar, in the sequel, players will encounter many new dangerous creatures. In past demonstrations, the authors have already shown some of them, including beaters and drozhebivnya, and in a recent blog they told in more detail about the creation of another new machine - a lightwing.

"We have added new types of cars to Horizon: Forbidden West. For example, we wanted to create a flying car a little bigger than a kite, and as a result, a lightwing appeared. But for him, too, you need to find a place and purpose in this world. We began to study flying reptiles and primitive birds in search of inspiration and eventually came to the conclusion that their wings accumulate solar energy in clear weather. In turn, this led to a curious game point: light-wings are vulnerable when they absorb the sun's rays, but they are also much better at spotting potential predators the rest of the time."

Their chief designer Blake Politeski told about the new "piece of iron". Generally speaking, the mechanical creatures in Horizon: Forbidden West will be more agile and deadly than before, but Eloy will have more opportunities to defeat them, including through the study of behavior to use it to her advantage.

"You can benefit from the weapons and behavior of many machines. It's not just about shooting and taking the element from the car. Some cars can switch to quieter modes, during which players will be able to slip past them unnoticed. For example, when a machine digs the ground in search of resources, it raises a lot of dust and dirt, which allows Eloy to get to it unnoticed."

"There are different ways to defeat any car. The appearance of the robot gives players a hint, and additional textures allow you to see their weaknesses or interactive elements. You will have to study each car carefully to find all the approaches to it."

"In Horizon: Forbidden West, we made them more mobile in all aspects: they jump, swim, cling to the surface. Eloy needs to be on a par with them, so there are new mechanics of moving to help her. We paid a lot of attention to gathering information and preparing Eloy for battle, as well as to her ability to escape if things don't go according to plan." 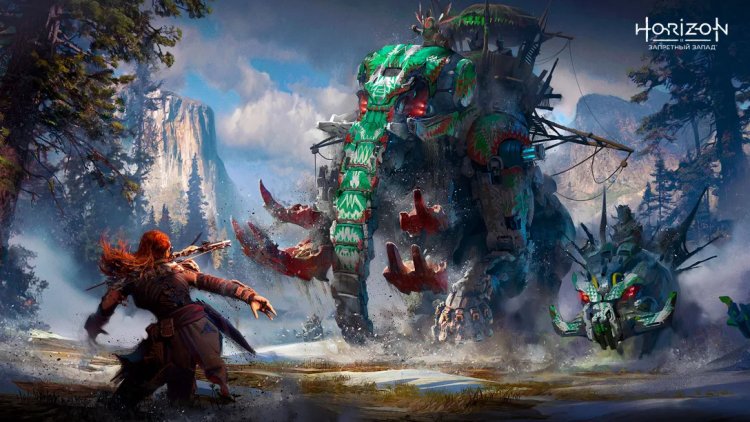 The project is scheduled for release on February 18, 2022 for PlayStation 5 and PlayStation 4.

SteamWorld Headhunter, a third—person cooperative action game in the SteamWorld...

Bluepoint has found its way to Yarnam: Sony's new studio...