Almost immediately after the release of the first Pokemon parts for the original Game Boy in the mid-90, the franchise created by Satoshi Tajiri grew to truly phenomenal proportions.

In addition to the main series of games, a super-popular anime series was released, themed toys, collectible cards, paraphernalia and, of course, a variety of spin-offs appeared. One of the most iconic was Pokemon Snap for the Nintendo 64, published in 1999 – a three-dimensional project in the still quite popular genre of "rail shooter", but instead of shooting at enemies, the player had to photograph pocket monsters. Surprisingly, after more than twenty years, Nintendo decides to release a sequel to this classic on the Nintendo Switch.

New Pokemon Snap remains true to the gameplay scheme from the first part. Here is a classic arcade game with a first-person view, where the player automatically moves forward along a pre-determined route, but at the same time can freely control the camera – in this case, literally. The main and only "weapon" in the game is the camera, but do not worry-no one will force you to adjust the "white balance", exposure, and turn the focus wheel. It is enough just to aim at the subject, zoom in on the image and click the shutter in time – oddly enough, such a simple formula works properly even now. You will not be loaded with complex mechanics, a branching tree of upgrades, RPG elements, open world and other attributes of modern projects. New Pokemon Snap is not trying to be in the trend – it's still the same cute and simple game that allows, first of all, to take a break from the hustle and bustle of real life.

The plot is also not loaded with dramatic events – by creating your character and giving him a name, you become a member of a brave research team led by Professor Mirror, who is busy studying Pokemon in the Lental region, in particular, the unique phenomenon of Illuminum-the glow that some rare types of monsters emit. Of course, the professor at all costs needs photos of wild Pokemon in their natural habitat. In addition to the camera, at the disposal of the main character is a flying bathyscaphe NEO-ONE, able to teleport to the desired points on the map.

Nintendo Switch can not boast of advanced hardware, but the graphics component in the New Pokemon Snap really pleased with the clarity of the picture, bright, juicy colors and a stable frame rate with a large number of moving objects in the frame. Once at the location, you feel that life is literally boiling around: Pokemon fly in the air, shebarshat in the grass, bask in the sun, hurriedly run back and forth, hide, look out of the thicket, eat, build homes, play, communicate with each other-sometimes you do not have time to turn your head to see everything, but you still need to have time to take pictures! In terms of the variety of natural areas, everything is also in order – there are cozy gardens, dense jungles, tropical beaches, deserts, and much more.

The authors paid special attention to the audio design, so playing with good headphones, you will greatly simplify your life and will be able to navigate much better in space, listening to all sorts of sounds: footsteps, creaks, rustling leaves and voices. Often, it is possible to detect a rare Pokemon only by a barely perceptible squeak or rustle. The musical accompaniment, however, seems so unobtrusive that it is unlikely that you will be able to remember at least one track, except for what is playing in the main menu. There is also a full-fledged voice-over of dialogues in the game, but we did not see the Russian translation even in the form of text – it's a shame. 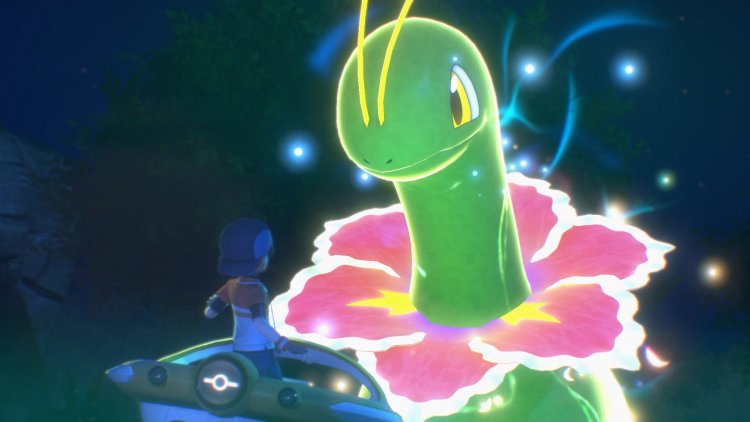 From the point of view of the dynamics of the gameplay, New Pokemon Snap is designed for a slow passage, so be prepared to re-pass the same routes several times before you open the next expedition. Of course, the deliberate repetitiveness of the gameplay and the lack of a real challenge may seem deadly boring, but do not rush things – relax, take your time, enjoy the contemplation of natural landscapes, watch the life of Pokemon and carefully look at the details. I am glad that the developers did not forget to add support for motion control using joycons, so you can aim and look around, waving the console in portable mode or the gamepad in stationary mode.

It is important to note that the location and mood of Pokemon changes depending on the time of day and the level of pumping NEO-ONE. If at the very beginning most of the animals will run away at your approach, then with the increased experience of research, they will behave more trustfully and begin to look at the mysterious flying unit with curiosity, or calmly go about their business, demonstrating unique abilities and bizarre patterns of behavior, providing an excellent opportunity for a successful picture. You can also deliberately provoke monsters to become active by suddenly turning on the scanner or throwing fruit as bait. Do not wait for a complex model of life simulation, but interesting gameplay subtleties, even within the limited arcade gameplay, will be enough to make the game not turn into a dull repetition of the same moments.

After completing the next expedition, you will have to select the most successful photos and give them to the professor for evaluation. Each photo will receive from one to four rating stars and a certain amount of points, depending on a number of factors: pose, correct angle, close-up, static or action, unusual behavior, beautiful background or the presence of several Pokemon in the frame at the same time. Later, you can decorate your favorite creations with different filters, stickers and captions, and then share them online with other fans of photographic safari.

New Pokemon Snap is not only a gift to the loyal fans who waited for the sequel twenty-two years after the original release, but also a great opportunity for everyone else, especially beginners, to get acquainted with the diversity of the Pokemon world in an easy and pleasant manner, without delving into the wilds of the main game series. 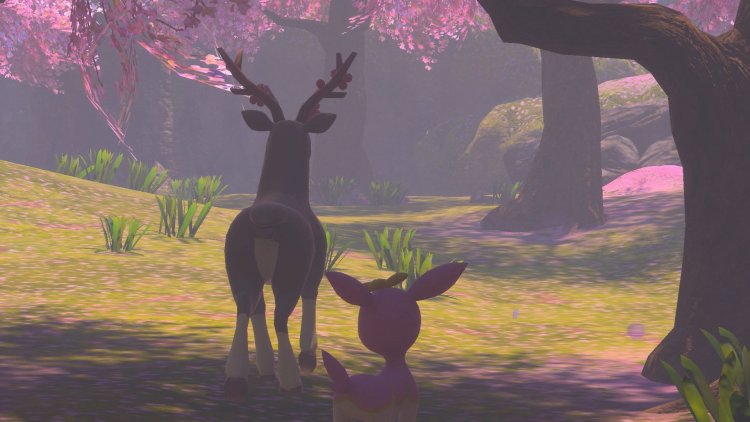 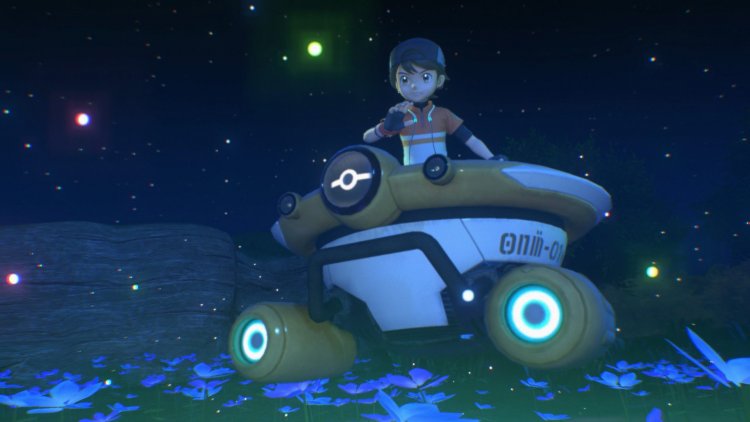 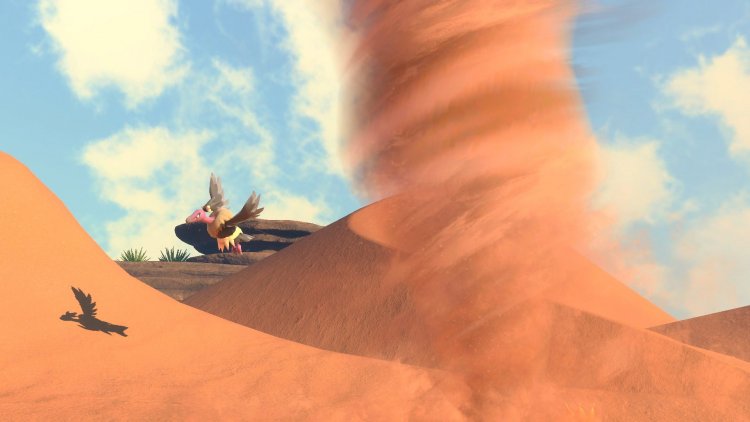 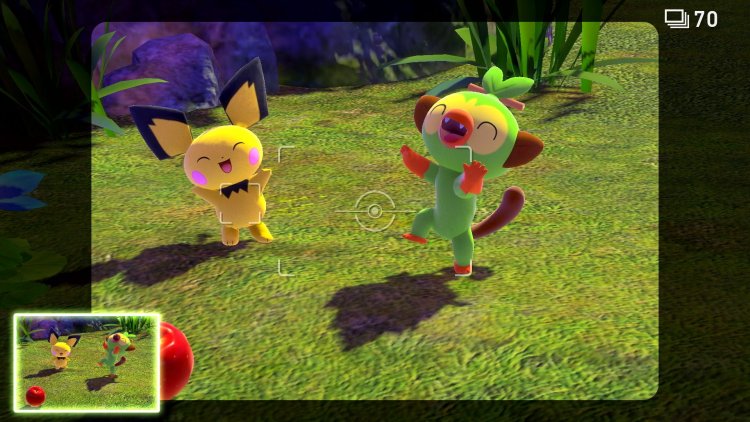 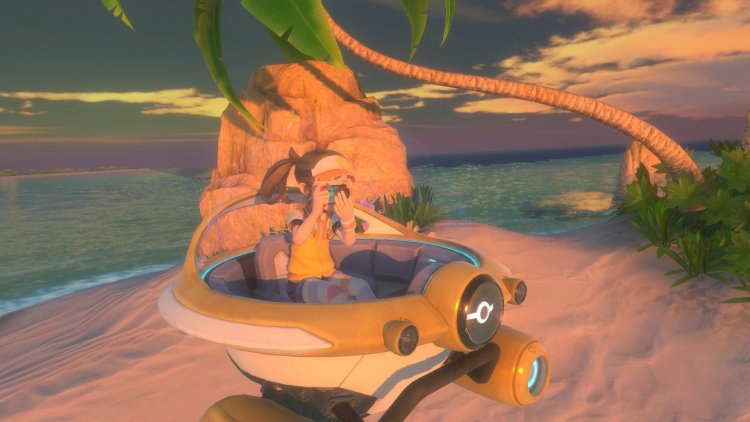