Review of Planet Zoo for PC. Not everyone knows that Frontier Developments specializes not only in the development of the Elite Dangerous space simulator.

The bread of the studio has always been taikuns, and she worked closely with Microsoft. However, the start of the last generation for the British was not the most successful, which is directly related to the Xbox One. The mediocre Scream ready generally looked more like a mobile game of the Angry Birds level, because there were scraps of the amusement park concept.

At the same time, many ignored another typhoon from the British - Zoo Tycoon, which was released on the Xbox One release. The project became a visual demonstration of the capabilities of the new generation console. The player could take direct control of his avatar to run around the zoo, feed and take care of richly animated pets.

The achievements of Zoo Tycoon eventually formed the foundation of Jurassic World Evolution, although not everyone was satisfied with the significant simplification of the management system. However, the developers took the criticism into account. 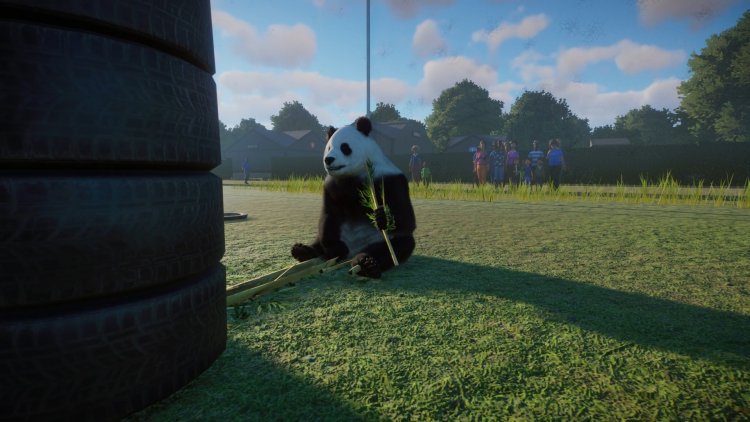 In 2019, Planet Zoo was released exclusively on PC. The project was clearly created with an eye on hardcore fans of the genre, offering them an uncompromising experience.

The concept is simple - the player assumes the role of a contractor who has received a contract for the arrangement of a network of zoos. After completing the training, you can also try yourself in several modes - tests, time trials, sandbox, and so on.

The attention to detail that Zoo Tycoon and Jurassic World Evolution were famous for has been preserved. Watching the richly detailed and animated animals is a real pleasure. At the same time, the developers have added a lot of interactive items.

For example, tigers can install a pumpkin with frozen blood, back scratchers and balls. If there is a pond, then the animals will swim in it. However, the main feature of Zoo Tycoon is gigantomania combined with manic management. An unprepared player risks falling into a stupor because of the available opportunities.

The tools for work are extremely wide and detailed, and the interface occupies a third of the total screen area. There are a huge number of buildings, small objects, paths, coverings and other things available in the game. But there are also different styles of buildings and DLC!

This leads to the fact that you have to painfully choose from 20 types of toilets (we are not kidding), and to find the right object, you need to constantly use the search bar.

There are a great many nuances. So, after the construction of the store, it is allowed to change the location of small objects next to the facades. By installing an aviary fence, its height can be changed in three different ways. Animals are extremely capricious. Some people love the earth, others need refrigeration units. Someone likes large groups of relatives, someone on the contrary. All this needs to be taken into account. 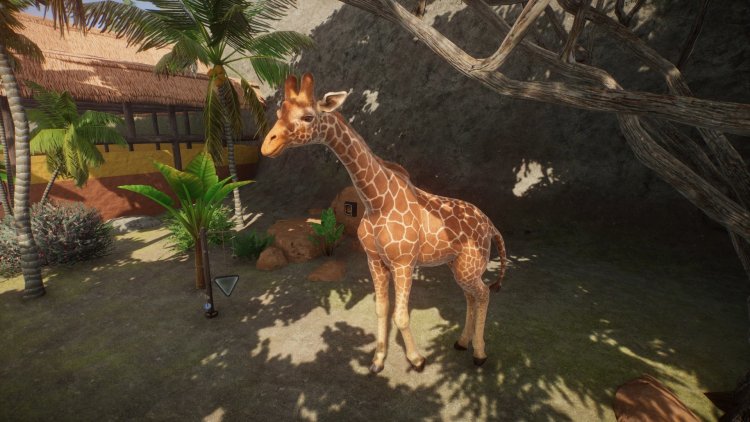 However, in Jurassic World Evolution, most of the mechanics were focused on taking care of pets, but the staff and visitors faded into the background. Planet Zoo is designed completely differently. Yes, animals can also break free here, but they will not start eating everyone in a row, and capture and transportation are simplified as much as possible.

But visitors have constant requirements that need to be met. In addition, they are a constant source of income, which should be taken into account. To attract the attention of guests, you will have to install glass barriers that allow you to admire the animals. However, the latter may not like it, and then one-sided glasses will be needed so as not to disturb the animals.

It is also necessary to take care of security, toilets, places for recreation, lectures, donation bins, trash cans, shops, veterinarians, cleaners, caretakers, power grid, types of paths, quarantine zone, cancellation points, information stands ... you can continue until you turn blue. Do not forget about the economy, ticket prices, opening hours, and so on.

On top of this, there is a construction system where you can develop objects or even store facades from assets yourself. Some magicians do unthinkable things with it. But an ordinary person will be stupid for hours - and this is not a compliment.

The interface in Zoo Tycoon is implemented rather mediocre. Many objects are piled up, so you have to constantly use the search. In addition, it is not always clear what this or that item is needed for. To compensate for the lack of description, the developers propose using a tag system (so you can understand which animal the object is specifically suitable for) and a special zoopedia. And it's not too convenient, and the release of numerous DLC only aggravates the situation.

A lot of things are generally implemented crookedly. For example, installing a fence resembles a whole quest in which learning only interfered. Things are no better with landscape tools, although both of these elements were quite clear in Jurassic World Evolution.

So, in Jurassic World Evolution 2, it became possible to carefully build fences in a straight line, whereas in Planet Zoo, even the junction of objects and turning the track 90 degrees is a whole test. To solve the problem, a story campaign is designed, under which the tutorial is disguised. However, he is quite unhurried and extremely tedious. In addition, when performing tasks, developers greatly limit the actions of players.

Another oddity is the social elements. The player can create their own avatar, as well as upload their parks to the Steam Workshop. On the other hand, for some reason they don't let you run for an avatar - you have to choose some kind of trolley or a random passerby.

This week saw the release of a fresh Europe Pack add-on, in which several new animal species were added to the game (Alpine mountain goat, lynx, fallow deer, badger and fire salamander), a lot of new objects and a new scenario with the park "Ela Pines", at the start of which the computer begins to suffer a little, because weather effects can load even a powerful system.

In general, Planet Zoo boasts good support - in the two years since its release, the developers have released many thematic add-ons, including the Arctic Pack, South America Pack, Australia Pack, Aquatic Pack and Africa Pack. All of them are sold on Steam.

Planet Zoo is a very deep and detailed typhoon that can captivate for dozens of hours. However, it is also a serious test for untrained neophytes. The game is extremely lacking in a thoughtful interface, which explains the lack of a console version. 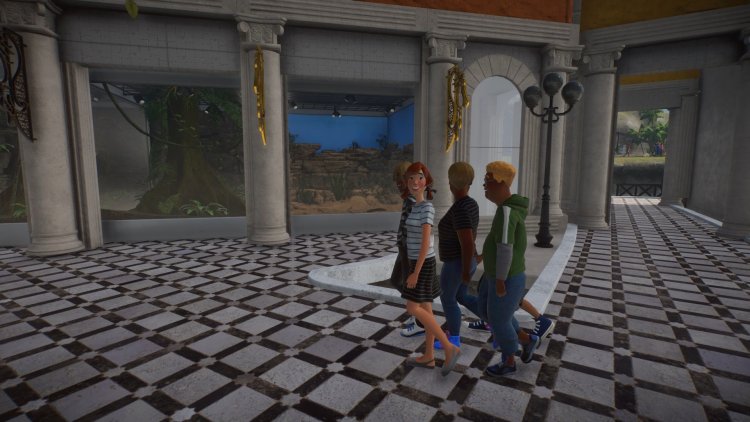 A festive event has started in Overwatch - A Winter Fairy Tale