PlaySide Studio has released Age of Darkness: Final Stand in early access. In fantasy RTS, players will have to collect resources, build buildings and defend the settlement from the forces of darkness. 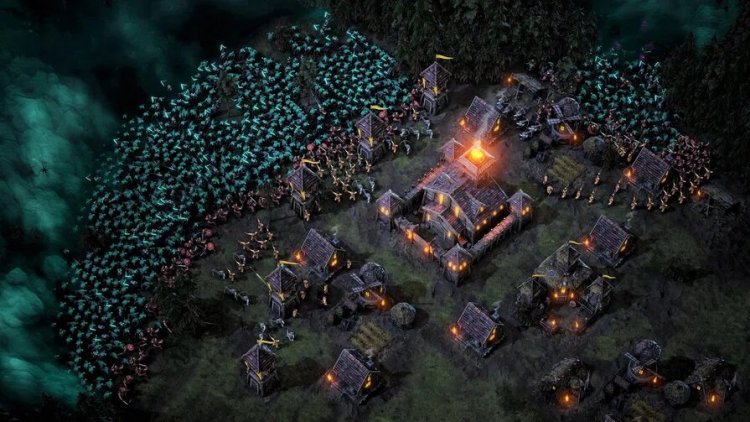 Players highly appreciated the new RTS for survival Age of Darkness: Final Stand - The strategy was released in early access on Steam.

PlaySide Studio has released Age of Darkness: Final Stand in early access. In fantasy RTS, players will have to collect resources, build buildings and defend the settlement from the forces of darkness. According to the authors, the game can display up to 70 thousand enemy units at the same time.

The strategy resembles the popular They Are Billions genre, which we described in detail in the review. However, a distinctive feature of Age of Darkness: Final Stand is in the setting and the possibility of choosing a hero who will lead the defense.

Age of Darkness: Final Stand is sold at a 10% discount on Steam. Now the game has 87% positive reviews based on 182 reviews.

Comments are published with the preservation of spelling and punctuation of users.

"Not bad, considering that the game just came out. It is drawn beautifully and played pleasantly. Content (buildings, units) is still only the most basic and this is not enough. Units are blunted. Early access as it is. Nevertheless, I put a plus on the game, because the impressions are positive and there is definitely nothing really terrible repulsive in the game, I thought it would actually be worse,"

"Warcraft 3 + They Are Billions of billions + good unique ideas and impressive style. I am very impressed! This game brings a lot of good things and creates something fresh. At first it will seem to you that it may be a clone of They Are Billions, but it is much more," Nobody.

"A dark fantasy version of They Are Billions. Random events and other things can happen during the passage. The game is a little more diverse than TAB, but so far there are not enough units and buildings. I think that over time the game will become better than They Are Billions, but you need to give the developers time to realize the potential. Don't buy it if you expect something more than an early access project," - Plinto.

Returnal may get a big update - will saves be added to the game?