Returnal may get a big update - will saves be added to the game?

Apparently, the Housemarque studio is preparing a big update for its rogue shooter Return, the computer game is impressive, do the developers implement the save function?

According to the PlayStation Game Size Twitter account, a 6 GB update for the developer version of the game was recently uploaded to Sony servers.

Since ordinary users cannot access it, it is unclear exactly what the new patch contains, but its large size suggests that additional features may potentially appear in the project, for example, the frequently requested save system. 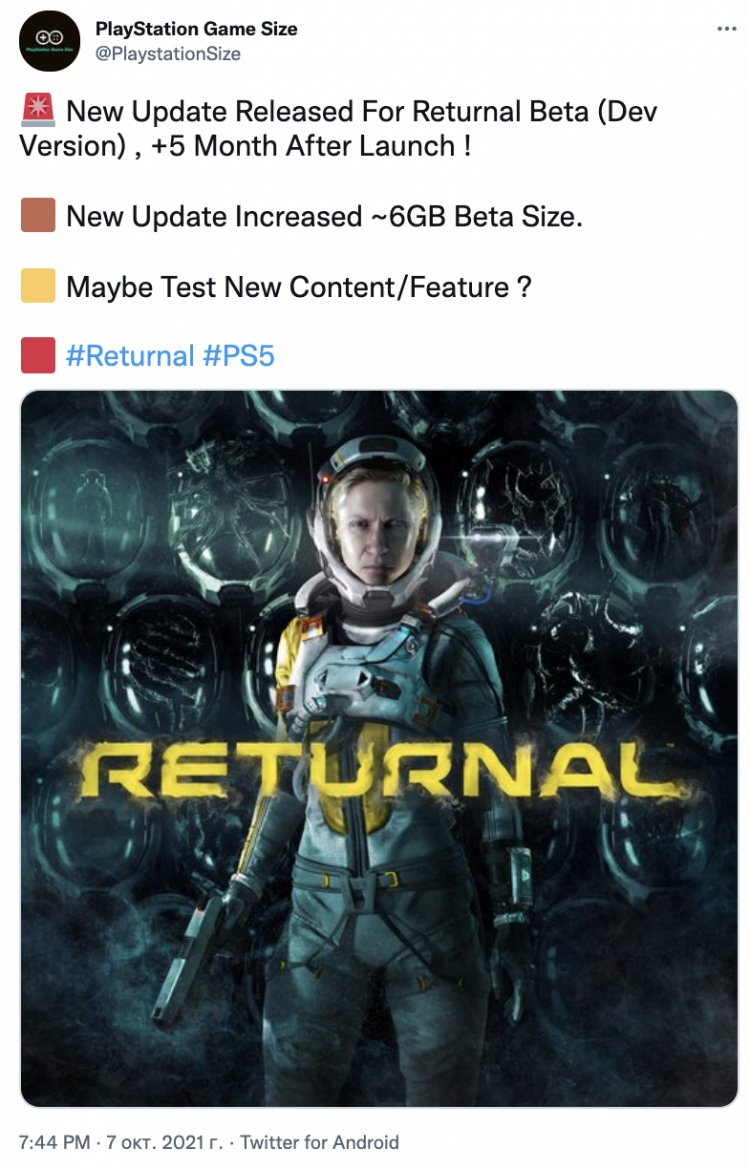 In May, Housemarque stated that she had heard community feedback on this matter, but had not yet decided how best to solve the issue of the lack of familiar saves in the game.

Recall that the PlayStation 5 exclusive does not allow players to save their progress during the passage, which is due to the scope of the genre and the concept of a time loop - after death, players are discarded at the very beginning with almost no savings, and the map is generated randomly.

Shortly after the release of Returnal, the Finnish studio acknowledged criticism from fans, some of whom complained that with the duration of gaming sessions, sometimes reaching up to several hours, there is no way to pause or save the game, except to put the console into sleep mode.

According to the developers, initially the idea was for players to go through Returnal with a hardcore attitude, but not everyone liked the concept.

The 4X strategy Old World from the creator of Civilization 4 will be released on...

The golden PS5 was released on an ebony stand - it price...