After the release of the not very successful The Sinking City and the subsequent wave of scandals and litigation, Ukrainian Frogwares returned to its origins – a series of adventures of Sherlock Holmes.

Sherlock Holmes Chapter One: A sugary detective in an embroidered shirt - a review of a computer game for PlayStation 5.

Following Asian standards for cute idols, the studio takes players into the past of the famous detective and his turbulent youth with the first steps on the path of deduction and investigation of complex crimes.

By the will of fate, young Sherlock returns to his childhood home on the exotic island of Cordon, where a series of strange incidents occur in a mixture of spices and different races, directly related to the mysterious death of his mother. The abandoned Holmes mansion holds many secrets that you have to discover by solving modern criminal puzzles.

Using The Sinking City's best practices, after a short educational prologue, the authors send the player to an open city with many streets, stories and viewing points. The old Holmes estate acts as a connecting hub here, leading the hero through the central story, opening all new cases related to forgotten memories. At the same time, many separate crimes are being committed in the city, which will offer to test the deductive talent of a genius, ranging from stealing a violin from a poor musician and ending with a story with a revived vampire in a local cemetery.

Arriving at the scene, Sherlock can examine it, identifying key clues. Sometimes he has to go into research mode to get new data through a more detailed analysis. Interviewing witnesses and showing them the objects found can help to extract additional information, but in most cases you will also have to reconstruct the crime scene. It works like this: you choose the actions of suspects from the suggested options, checking with the data collected earlier. If we are talking about a plot story, then you will have to use the halls of reason, comparing the conclusions drawn and opening decision branches. In the end, you will be able to identify the culprit and determine his fate. Fortunately, the decision is given to reconsider again during the final conversation with the suspect or the police.

In addition to the mechanics listed above, the game provides an eavesdropping mode. Passing by a group of random passers-by, sometimes you can hear a conversation useful for your investigation. Here you need to select keywords and sweep away unnecessary topics for discussion. The study of objects for chemical composition, performed as a complex puzzle, fortunately, can be completely skipped.

Additional elements of the investigation include a visit to the local newspaper, the archive in the town hall or the police department. Here, knowing the suspect's name, you can find his address or get clues about accomplices. Even in Sherlock Holmes: Chapter One, the mechanics of disguises are presented. Sometimes, in side or plot tasks, Sherlock needs to pass for a rich gentleman or a dissolute artist. To do this, you can visit any nearby clothing retailer and buy or rent the necessary wardrobe and makeup item. In the story mission, incorrectly chosen clothes will not lead to a fatal result (in case of loss, the game will allow you to complete the task again), but in sidequests, one mistake can block your access to an important witness or narrow the probability of a favorable decision. 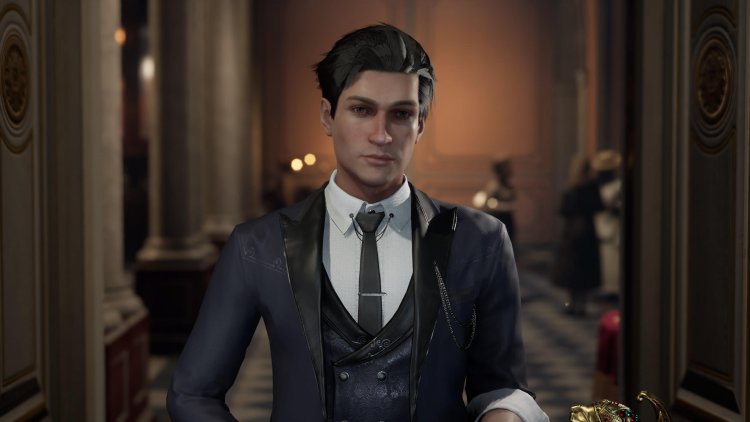 The story quests are directly related to the past of Holmes and his mother. To advance through the main story, sometimes you will have to buy important items for the family from local merchants, but you will not have enough money for everything. Therefore, the hero will have to take side cases from the police or random people to improve his financial situation. Not the worst motivation for lazy players.

But if the stories, investigations and purchase of items fit well into the legacy of Holmes, then the shooting that migrated here from The Sinking City again causes real disappointment. In addition to special places on the map where you have to detain local bandits by shooting at special points and then conducting a series of QTE, action moments also come across in the central plot. And this is perhaps the most unprocessed part of the adventure. Curve animation, fast QTE, mechanics with somersaults and circular arenas are just annoying. A game without shootouts with a bunch of bandits would be more balanced. Sherlock Holmes: Chapter One is the case where the action of the protagonist is completely out of place.

Structurally, the world of Sherlock Holmes: Chapter One is very similar to the universe of The Sinking City, but fresh mechanics with disguises seems superfluous. You have just been sent on an easy walking trip, but ten seconds later you changed your clothes a couple of meters from the goal, and now the key character is already scattering pleasantries to Sherlock. As for communicating with random NPCs in different clothes, passers-by repeat the same phrases depending on your appearance.

Sherlock Holmes: Chapter One wants to seem fresh and inspiring, but as it progresses, sometimes there is a feeling of a dead end or an artificial wall. Addresses sometimes turn out to be insufficiently accurate, so you have to cut circles around the area in search of the right entrance. In turn, the inspection of the crime scene is often associated with pixelhunting - thank you that the game at least has a system of illuminated hints. Well, some small elements seem unfinished, and the stories are too far-fetched or fantastic.

The traditional "patriotic" Easter eggs from Frogwares include the opportunity to dress up the great detective in embroidery. A lush dress and a BDSM robber costume for special occasions are also included. As the story progresses, the authors try very hard to be politically correct with a lot of black characters, but at some point they fall into the Joker's trap, offering the player to choose between killing an elephant or sending a transgender man to prison. Let them say thank you that we live in Russia and do not demand cancellation for such things yet. But of course we made a note for ourselves.

Sherlock Holmes: Chapter One tries very hard to look good, but the facial animation gives out its light budget in the project, and the already mentioned curve shooting and action scenes look ugly. Otherwise, everything is decent enough - at the level of The Sinking City, and if we talk about the Holmes model and his Alter ego - even an order of magnitude better. The hand-drawn solution of a special research mode gives the project a special charm. 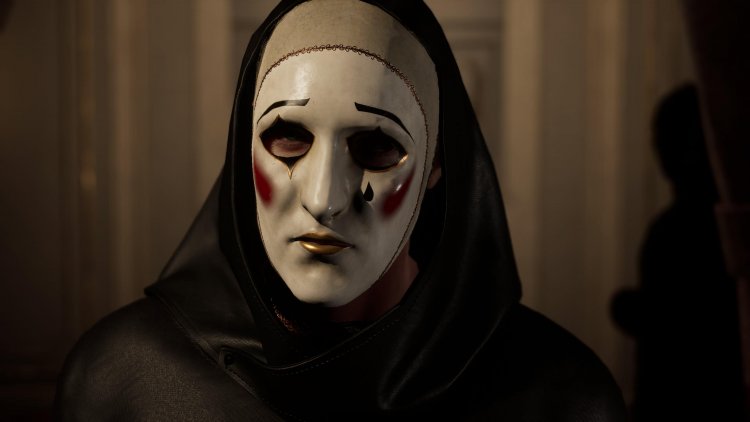 Sherlock Holmes: Chapter One is a big story game with a recognizable character, interesting cases and a big world of a Mediterranean island. The investigations are deep and interesting, and the villain is only gaining strength somewhere behind the screen of the shadow theater. In addition, there are enough Easter eggs and strings in Sherlock's new adventure, telling about the appearance of the legendary pipe or Holmes' love for the violin. Despite the fantastic nature of many stories Frogwares is very careful to deal with the legacy of Doyle, for which we can express our sincere gratitude to the developers. 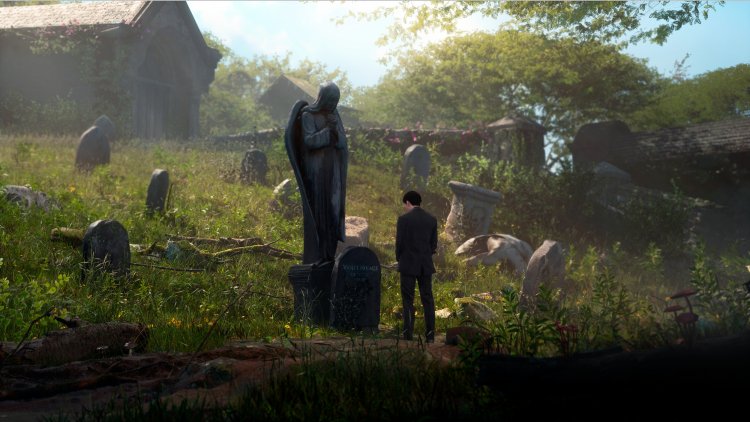 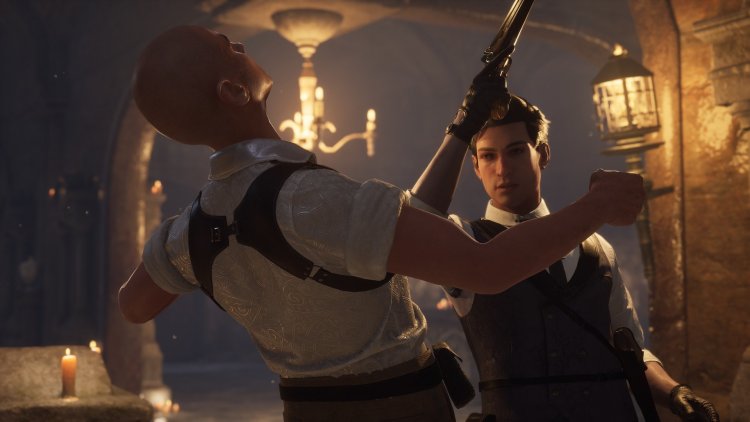 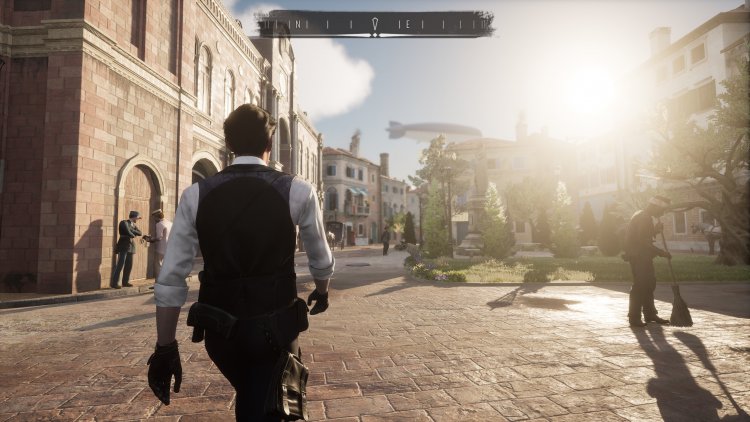 Premiere on Apple TV+: Review of the movie Finch with Tom Hanks

The documentary series Power On: The Story of Xbox will reveal unique details about...