Strategies of 2021 were distinguished by a worthy variety. Nomination included AAA releases and modest indie, RTS and step-by-step 4X. 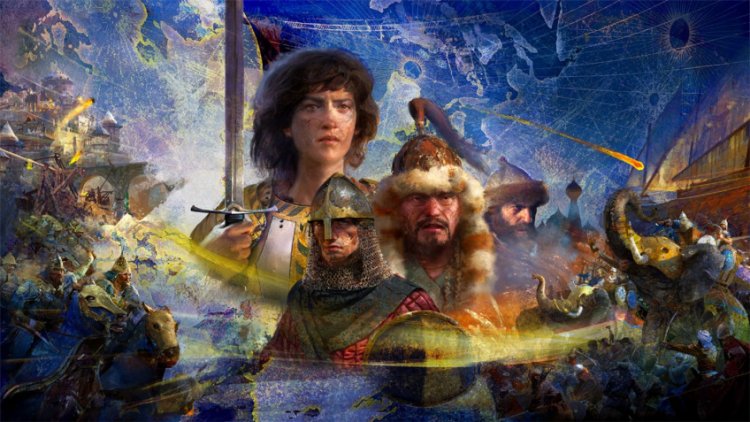 Nomination for the best strategies of 2021.

The adaptation of the desktop superhit has finally reached release after two years in early access. The wait was worth it: the fantasy universe of "Dark Harbor" is now presented in its original scope — you can easily spend over 200 hours on the passage of a variable company. And this journey will require a lot of care and ingenuity from you.

Gloomhaven is an exemplary dungeon crawler card for those who are not afraid of difficulties. To clear the level, a team of mercenaries must act together, combine unique skills and not climb into each other's arms. And this is not so easy - especially in cooperative mode, where each player controls his character, and communication opportunities are limited. An additional challenge lies in the card system: with each round, the characters gradually lose their abilities until they finally run out of strength. If you are careful— you will leave empty-handed.

But the harder the path, the sweeter the reward. For skilled players, Gloomhaven gives the feeling of a truly epic and dangerous adventure. Grim Haven is full of mysteries, warring factions and intrigues, and plot forks really affect the progress of the story, whether it's meetings with new characters or admission to certain quest chains. In general, everything is like in the desktop version — only more spectacular, more convenient and at an affordable price. 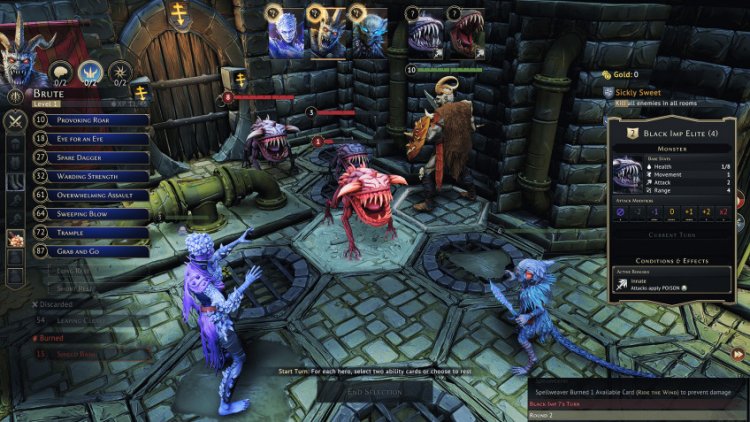 Why fix something that isn't broken? A new game in the famous (albeit somewhat stalled) real-time strategy cycle returns to its origins. The fourth part brings the time-tested ideas of Age of Empires II to a new technical level, while not encroaching on the basics of its mechanics: the gameplay is still built around the development of settlements and resource management. At the same time, each of the eight factions available at the start approaches these tasks in its own way. For example, China relies on tax collectors, the Delhi Sultanate invests in technology, and Russia specializes in strong wooden buildings. The most interesting thing is to play for the Golden Horde: the warlike Mongol nomads prefer not to build cities, but to migrate around the map, extracting resources by plunder.

Battles also adhere to the familiar "rock-paper-scissors" scheme. Each type of unit is effective against one enemy class, but vulnerable to another - which means that the battles are dynamic, require coordination and tactical cunning. Here, a few, but pleasant gameplay innovations like the ability to hide soldiers in the forest or place shooters on the walls just come to the rescue.

Perhaps, in many aspects, Age of Empires IV may seem too old-fashioned, but the early parts of the cycle are considered one of the best representatives of the genre for a reason. And even today, their classic mechanics, fine-tuned balance, historical authenticity and a variety of factions are a strong help for a new hit. 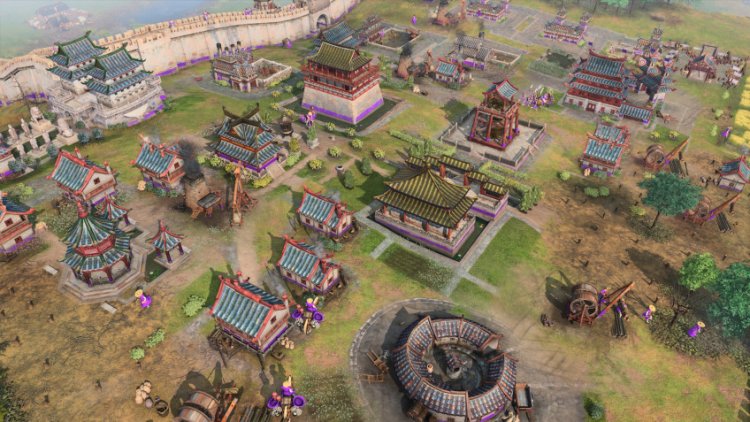 Our list would be incomplete without several bright and distinctive strategies of 2021, which just barely fell short of the top three finalists. 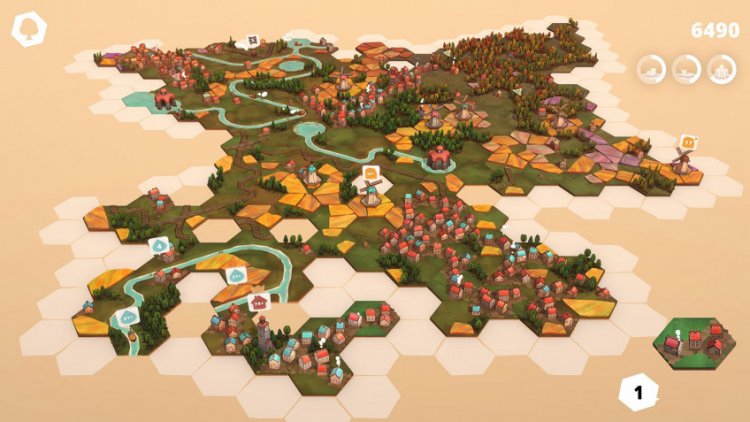 Don't let the "early access" die scare you off: Dorfromantik is a fully working, beautiful and dynamic indie game. Perhaps this is not so much a strategy as a mosaic with elements of tactics, where the player needs to put together a picturesque landscape of puzzle pieces. Creating your own world is rarely so peaceful! 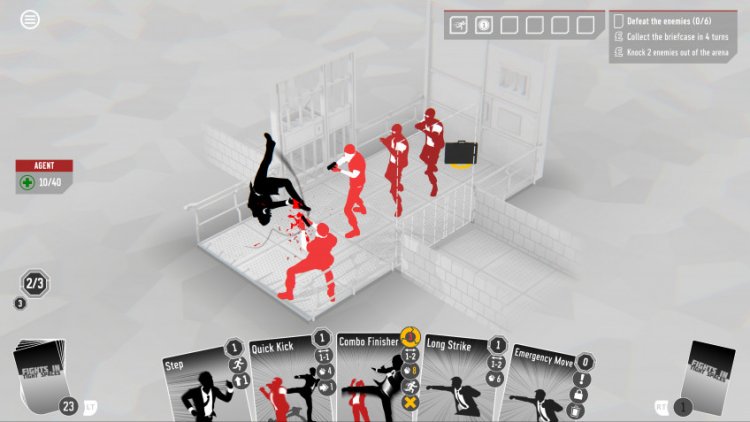 The turn-based card roguelike Fights in Tight Spaces conveys the spirit of Bond and Kingsman better than a whole army of one-day shooters. Spectacular, intense and not stupid - John Wick would appreciate it. 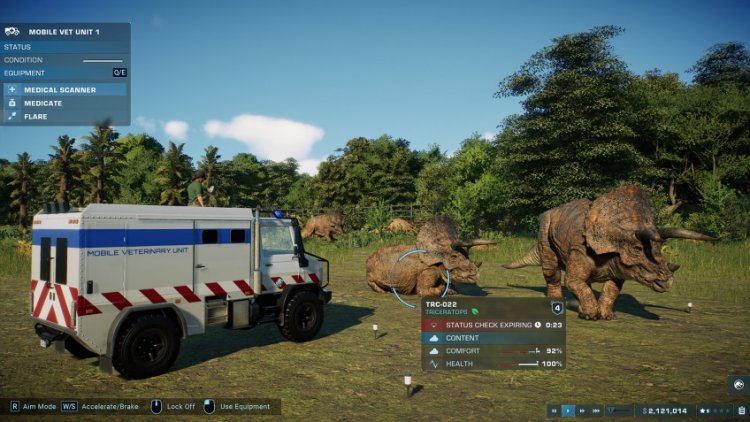 Another example of a non-banal approach to Hollywood style: "Jurassic Park" is not an action game, but a typhoon. In Jurassic World Evolution 2, players manage their own historical zoo, entertain visitors and try to prevent disasters familiar from the movies.

It is tempting to call Humankind, the new 4X strategy of the French Amplitude Studios, a banal clone of Civilization from Firaxis. However, in reality, two studios are like two neighboring nations: they exchange ideas, sometimes fight for the market and move along the technological tree together. The sixth "Civa" has learned a lot from the Endless cycle, and now Humankind brings its interesting innovations to the actual Firaxis mechanics.

Building a civilization here is an incredibly flexible process. At the start of the game, in the Neolithic period, there are no nations at all, and the map can be safely explored by the forces of a small primitive community. And in the future, each new era allows you to change the culture: there were ancient Greeks - medieval Poles became! It sounds crazy, but in fact such a system spurs dynamics, motivates experimenting with tactics and allows you to adjust the characteristics of your people to the alignment of forces in the world.

There are enough smaller (but no less pleasant) finds in Humankind. A developed system of diplomacy, battles taking into account the height of the landscape, text mini-stories with the possibility of moral choice, as well as new parameters of influence and stability: the wider the empire grows, the more difficult it is to keep it in check. The depth of mechanics, high dynamics, respect for traditions and openness to experiments - all this rightfully makes Humankind the best strategy of 2021. Even if she does not rethink the genre, she moves it forward step by step. And there a new era is just around the corner. 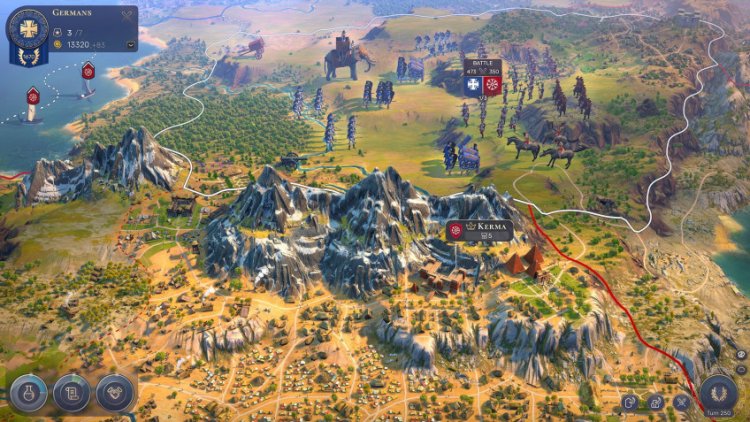 In 2021, the industry continued to adapt to the crisis. Many promising projects had to be postponed — but the more interesting the layout looks for next year! Digital strategists are waiting for the continuation of Company of Heroes and Total War: Warhammer, Homeworld 3 and Frostpunk 2, a remake of the cult urban planning simulator Pharaoh and the tactical action movie Marvel's Midnight Suns from the authors of XCOM.