The success of Fury Road and Halloween has given Hollywood a new loophole for exploiting old franchises. The film was released: Ghostbusters: Afterlife.

It turns out that it is not necessary to start from scratch and annoy the audience with remakes. You can simply attach a soft restart to the old canon, at once zeroing out both unsuccessful sequels, if any, and failed reboots. As the last "Terminator" proved, this scheme is also not perfect, but in the right hands it allows you to appease the fans of the original and attract a new audience. We can confidently say that from now on, no series is completely dead: there would only be a desire to reanimate. And among the first on the table to the studio Frankensteins were the crippled "Ghostbusters". 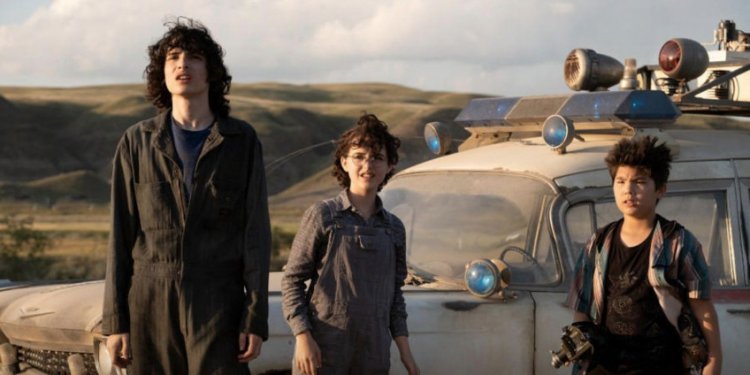 Kelly is a hard-working single mother who is forced by financial difficulties to move with her children to the Oklahoma wilderness. Her wayward and eccentric father died there just recently, leaving a flimsy farm, a lot of debts and a bunch of junk of unclear purpose. Callie is not thrilled with the new housing, to put it mildly, the eldest son Trevor is too, but the daughter Phoebe, usually unsociable, is surprisingly quickly settling into a new place. She finds her first friend— a young geek nicknamed Podcast (guess what), and at the same time reveals a family secret: it turns out that her grandfather and Trevor are one of the once legendary ghostbusters. And he moved to a small town in Oklahoma for a reason: it is here that an ancient evil awakens in the depths of an abandoned mine.

Obviously, the appointment of Jason Reitman as the director of "The Heirs" was largely a PR move, because with his father Ivan Reitman, the author of the original "Ghostbusters", Sony did not do very nicely in the mid-2010s, completely removing it from the production of the remake. And here is such a beautiful gesture: the return of the franchise, so to speak, into the hands of the family. However, in creative terms, the two Reitmans have little in common. The older one built a career on pure comedies like "Kindergarten Cop" and "Junior", while the younger one has multi-genre and much more subtle paintings in his portfolio: for example, "They Smoke Here" and "Juno". Therefore, if you put the new "Hunters" next to the old ones, then more differences than similarities will catch your eye - just like the people who took them off.

In spirit, "Heirs" is closer to Steven Spielberg's "Alien", Richard Donner's "Stooges" and the "Very Strange Cases" that grew out of them. English-speaking film critics even gave a slang name to this subgenre: "guys on bikes." All the components are in place: a small town, a big mystery and teenagers who are trying to solve it. The year of creation is given out only by smartphones and laptops, because otherwise the Middle West, stuck out of time, with its cozy eateries, rusty hangars and golden fields, reigns on the screen. The setting is familiar, but definitely not for the "Ghostbusters", who have always praised noisy New York.

Not only the environment has changed, but also the tone of the narrative. The original was a rather cynical comedy interspersed with black humor and satire — in "Heirs", the foundation is a family drama. Young Phoebe is an outcast not only in the outside world, but also in her own home. Mom certainly loves her, but she doesn't understand exactly, because in conditions of poverty, the girl's passion for science is perceived as a whim. In addition, Kelly has her own untreated injury: her father disappeared a long time ago without explanation and has not sent a single message for all the years, and now she has to live in his hut. Well, the boy Trevor is in the midst of puberty - if he had his way, he wouldn't have spent the night at home at all and wouldn't have anything in common with the "crazy farmer". So the obstacle in the way of the heroes this time is not only universal evil, but also a simple human misunderstanding, which is much more difficult to deal with than ghosts and demons. This gives more emotional weight to what is happening, although the fate of the whole world is already at stake.

In part, the central conflict absorbed the solo arches of the characters, reducing the space for interesting character development. Nevertheless, the characters still turned out to be lively and pleasant - especially Phoebe. She is in the center of the plot not because the screenwriter wanted to, and not because she has a special grandfather (hello, Ray "Skywalker"), but because she is smart and persistent in her own right. Phoebe is an active protagonist, which is rare in modern times, when stories almost drag their lazy "chosen ones" from point A to point B, and they just blink their eyes in confusion. At the same time, Phoebe is no Mary Sue: all her victories are deserved (as well as the bumps stuffed in the process). The girl was simply engaged in self-education from an early age - despite the fact that this only increased the gap between her and others. McKenna Grace brilliantly plays off awkwardness combined with a slight arrogance, which is characteristic of those who are well aware of their intellectual superiority. And when it comes to emotional scenes, she outshines even much more experienced colleagues.

Including the hyped Finn Wolfhard - the star of "It" and "Very strange things". It cannot be said that he has nothing to play in the "Heirs", but Trevor does not stand out much from the series of cinematic older brothers and sisters who ignore their younger ones for most of the plot, and then help them at the most crucial moment. Much brighter in the background is Paul Rudd in the role of Phoebe's school teacher, Mr. Gruberson. In fact, he is a kind of avatar of the "Ghostbusters" fan base: an eternally young geek, one of the few who still remembers that in the 80s in New York there was some kind of mess with proton beams and a marshmallow giant. Gruberson helps the kids with their paranormal research, and Kelly cheers when she worries about her daughter — in short, an exceptionally useful character. He also gets the most unscrupulous fanservice in the whole movie.

Critics managed to scold the new "Hunters" from the bottom of their hearts for focusing on nostalgia, but this is only partially justified. In the end, we have a direct sequel to the 1984 film (the second part was quietly taken out of the canon), and almost all references to it are plot-based. Yes, one particular scene with Paul Rudd is a little too much, but still there is much more of his own in the "Heirs" than in the parasitic remake of 2016. Jason Reitman develops the story without too much haste, introduces the viewer to the location and the characters — and only then consistently weaves familiar elements, and sometimes as effectively as possible. One of the highlights of the film is the Ecto-1 chase. The car is not inferior in cult status to the Bat-mobile and DeLorean from "Back to the Future", but in the original the heroes just drove it: you don't really drive around New York. And here the legendary hearse is finally allowed to accelerate. And this is just one of the old gestalts that the new "Ghostbusters" are closing.

The film by Reitman Jr. is a good example of how to deal with cult classics. Respectfully, but without sycophancy, develop, not copy, rely on prescribed characters and relevant scenario findings, and not on momentary trends. Well, the resuscitation of this franchise was a success - bring the next patient.

The authors of Star Wars: Hunters for Switch and smartphones showed a gameplay trailer