Resident Evil: Raccoon City is one of the rare game franchises that are relatively lucky with a feature-length combination in the film industry.

Although "Resident Evil" by Paul W. S. Anderson took only the plot framework from the original source (an evil corporation, a laboratory under a mansion, zombies, cool commandos), it was a strong horror-thriller with excellent, at that time, special effects. Well, all the saved fanservice was immediately plunged into the second part, also, by the way, quite acceptable. There's Jill Valentine, and Nemesis, and the streets of Raccoon City, engulfed in flames. True, the invulnerable Alice performed by Mila Jovovich is still in the foreground, but it can be endured. But then the series abruptly slipped into some kind of game that has almost nothing to do with games. Here Capcom itself came to the rescue with its most canonical cartoons, but still fans cherished the hope of one day seeing a real adaptation of Resident Evil on the screen. Such that S.T.A.R.S. fighters would wander around Spencer's mansion and reveal his sinister secrets, and in the sequel, young Leon would survive in a besieged police station.

And Sony suddenly took and fulfilled these desires, and all at once. Only now I did it with the accuracy of old Hottabych. 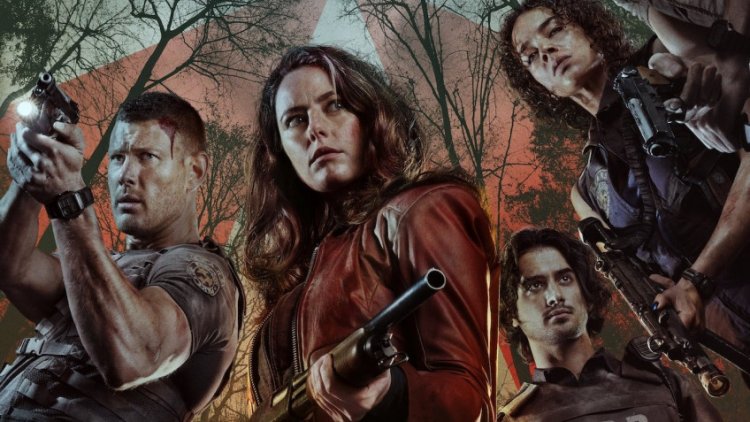 1998. Raccoon City is a tiny town lost among forests and mountains. It was founded by Umbrella Corporation, but since it moved its headquarters to a better place, the settlement has rapidly emptied. There are only those who cannot afford to move, and those who simply have nowhere else to go. Such as Chris Redfield - a pupil of a local orphanage, and now an operative of a police special unit. One rainy evening, his sister Claire breaks into his house, whom they have not seen for five years. She claims that Umbrella is up to no good, and some catastrophe worse than Chernobyl is about to happen in the town, but her brother dismisses the "ridiculous tales" and goes on duty. However, the coming night is dark and full of horrors. She will make Claire, Chris, his colleagues, as well as the rookie cop Leon, work hard to live until dawn.

Those who grew up on horror films of the 80s and 90s will easily notice that the opening credits of the new "Resident Evil" refer to John Carpenter's films - the font is straight from "Prince of Darkness" or "Christina", and the editing is recognizable. Oh, everyone would have such self-confidence as director Johannes Roberts. No, the guideline is certainly correct, because, after all, the works of Carpenter (and to a greater extent Romero) were inspired by the creator of Resident Evil Shinji Mikami. That's just that of all the master's paintings, "Raccoon City" is only up to the weakest - "Ghosts of Mars". This is the same distilled category B movie with intentionally blunt dialogues, caricatured characters and an emphatically serious mien. Ideally, it should be viewed on an old video in the translation of Gavrilov or Volodarsky, and not on the big screen, where cheap graphics catch the eye. Budget is one of the main problems of the film, but, alas, it is far from the only one. 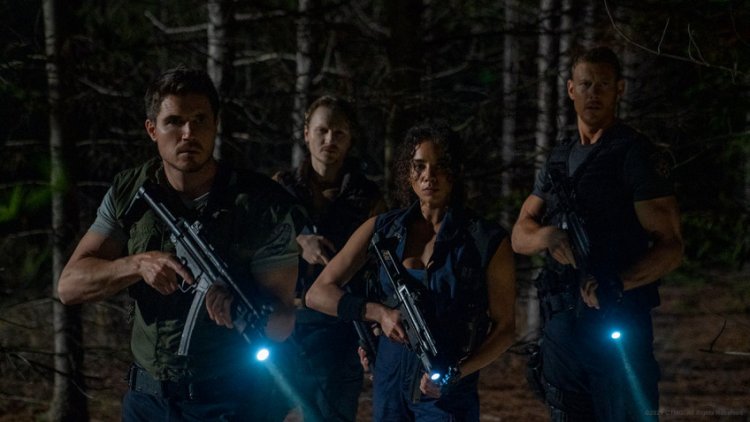 Let's start with the pros, since the tape has them, and they are, perhaps, even more than the last "Resident Evil" authored by Anderson. Firstly, over the years of creating cheap horror films, Roberts somehow got up to inflate the atmosphere. From the very first scenes after the prologue, it feels like something terrible is not something that is coming, but is already happening, just no one knows about it. A downpour is lashing, some evil spirits are roaming in the dark forest, and the locals are bleeding from their eyes and their hair is falling out, but they don't complain — they are already used to it. And a clock regularly appears on the screen, reminding that the time for salvation is slipping away like sand through your fingers. Closer to the finale, this technique gets boring, but at first it creates a pleasant anticipation.

Secondly, make-up artists, decorators and props masters honestly worked every cent. Zombies have a relatively original and memorable design - a cross between the usual walking dead and strigoi from the TV series "Strain". It turned out to be disgusting and creepy — everything is as it should be. The environment is carefully filled with details referring either to the era or directly to the games, which makes the film cozy in a sense. It's like a thematic quest with actors or a luxury exhibition based on the series. But it doesn't look like a studio blockbuster. 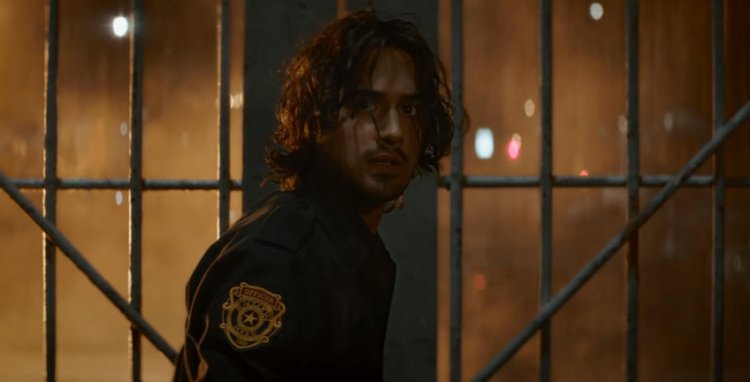 No matter how hard the authors tried, the cheapness of the project catches the eye. Everything about him is kind of miniature. The mansion does not impress at all with its dimensions, the familiar statue barely fits into the lobby of the police station, and Raccoon itself does not pull at all on the "City". It's more like some kind of Raccoon Town. What is perhaps more plausible is that an evil corporation is more likely to choose a small industrial town for its experiments than a megapolis. But who in their right mind demands realism from Resident Evil?
The situation is different with the characters — only their names and clothes are left of them, otherwise they are almost unrecognizable. This is especially true of Leon and Wesker. The first turned into a major klutz, who was not transferred to Raccoon City, but was exiled, well, the second became a compassionate simpleton who sincerely loves his colleagues. That is, for some reason, both were made complete opposites of game prototypes. It is difficult to say how this is justified, except for the desire to contribute to the author's contribution.

It is also unclear for what reason they decided to glue the plot of two games into one story at once. Give the audience an overdose of references? Save time on building a franchise? This is about as sound an idea as trying to retell "Alien" and "Strangers" at the same time. In the first storyline, we mean chamber horror, and in the second - a full-scale invasion of creatures. As a result, there is not enough space for either. The director leads the characters through dark corridors, heightens the expectation of the audience before the upcoming massacre, and in the end everything turns into a couple of chaotic shootings. Thank you, although there is a battle with the boss, and that is not too impressive due to budget constraints. And also due to the fact that almost all the characters are the main characters of different games and fan favorites, there are extremely few deaths in Raccoon City. Just think about it: there is no one to eat zombies in Resident Evil!
The Russian dubbing is worthy of a separate reprimand, perhaps one of the worst in recent times. Dialogues written by Roberts or improvised by actors are already far from high drama, but in translation they either sound terribly wooden, or even turn into fierce nonsense. Well, when a character in an extreme situation says "That's what I'm in for!", the ears naturally burn with shame. 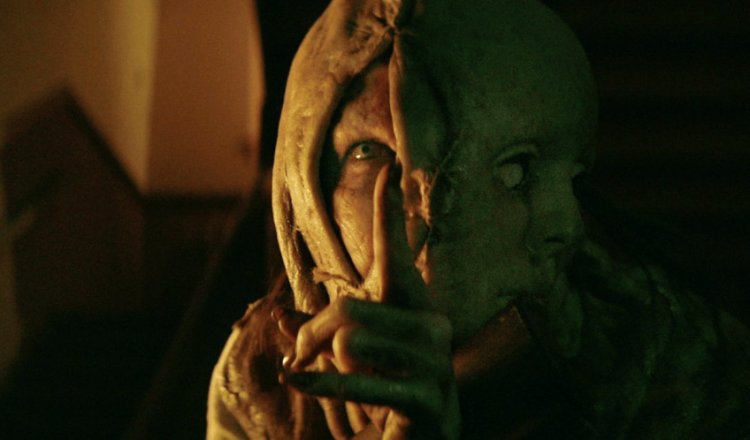 "Resident Evil: Raccoon City"— is in many ways a sister film of the recent "Mortal Kombat". This is the same pure trash, in which the main bet is made on fanservice and the unpretentiousness of the audience. So that in case of a flurry of criticism, you could say "This was filmed for your own, you just don't cut the chip." If it is enough for you to be happy that the cinema at least tries to resemble games, albeit with varying success, then you will get your modest portion of pleasure from the new film adaptation of Resident Evil. In the end, this is far from the worst thing that has happened to the franchise. And yet, on a free evening, it's better to review the first two films with Mila Jovovich, pretending that there are no sequels.

Guide: How to launch and destroy a rocket in Battlefield 2042