Review of the movie Spider-Man: No Way Home - Between past and future

At the end of 2021, state of affairs of Marvel became clear: the only thing the public really cares about is fate of Spider-Man: No Way Home.

Neither "Black Widow" nor "Eternal" could bring people back to the cinemas. Only "Shang-Chi" miraculously did not fail, and that was more due to a positive sundress than the efforts of marketers. But the trailers of "There is no way Home" broke viewing records, and every leak about the film was sucked by thematic media - here it is a hype, clean, unfiltered. So desirable and so dangerous. After all, when you promise the audience a movie event, it will no longer be possible to get off with just a strong average guy, which the studio rivets several pieces a year. They can get booed for this, and the fees will be brought down on the second weekend. But, fortunately, the new "Spider-Man" fulfills all the promises - both those that the creators gave, and those that the fans thought up for them. 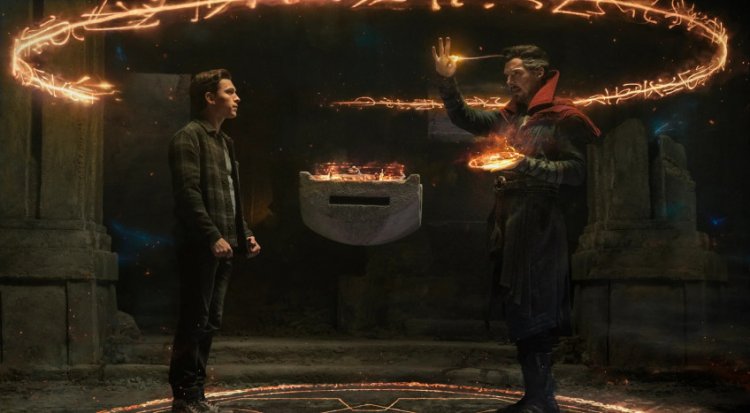 Mysterio's final trick worked flawlessly: Peter's public exposure ruined his life. Now Aunt May's house is besieged by fans and haters of the hero, he himself is being pressed by the special services, and Jay Jonah Jameson is pouring mud on the Spider from all the screens of the city. But, what's worse, the victims of bullying are MJ and Ned. Because of the connection with Peter, their bright future with college, a decent job and a clean reputation is rapidly going down the drain. And Parker can't let that happen. In desperation, he asks for help from Dr. Strange, and he offers a very radical way to solve the problem — to erase all people's memory of the true identity of a friendly neighbor. However, the ritual does not work correctly, as a result of which guests from other worlds are announced in New York — those who already know that Peter Parker is hiding under the mask of Spider-Man.

The two previous films from John Watts' spider trilogy were quite justifiably accused by many of being too lightweight. Peter performed feats, fought villains, even had a little complex, but all this was somehow too painless for him, especially in comparison with previous versions of the character. Mistakes were not fatal, bumps did not hurt, and in crisis situations either Tony Stark or his inventions helped out. In addition, everything was so richly seasoned with humor that the tone of the narrative gravitated more towards teenage romantic comedies than to a superhero epic. And if "Homecoming" was still forgiven, then the sequel already smacked of secondary. Fortunately, the third part goes a completely different way. 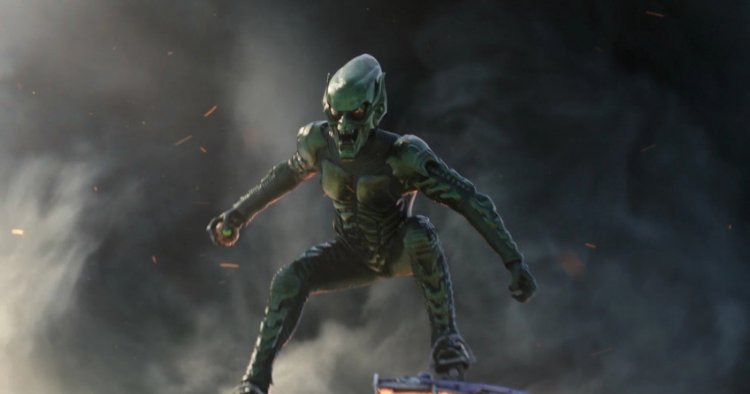 "No Way Home" is entirely a film about Peter Parker and the difficult moral dilemmas he has to face. Neither Doctor Strange nor the guests from the previous film adaptations bring down the focus of the story. The hero has been running away from great responsibility for too long, too often got away with it — it's time to finally learn a lesson and grow up. Despite the fact that this is still a Marvel blockbuster with a mandatory cascade of jokes, the intensity of the drama in it is higher than in most studio projects. Problems pile on top of Peter one on top of the other, and their weight is felt. Mostly, of course, through the efforts of Tom Holland. Over the past couple of years, even inveterate skeptics could make sure that he was not just a cute kid with puppy eyes, but also a talented actor - thanks to the dramas "Downhill" and "The Devil is always Here." "There is no way home" allows him to demonstrate his abilities in full - there is fear, anger, powerlessness, and a whole palette of emotions that this Spider could not boast of before, because he did not give the script. We have seen glimpses of something like this except in the famous scene from Infinity War. Here, Holland confidently shines. 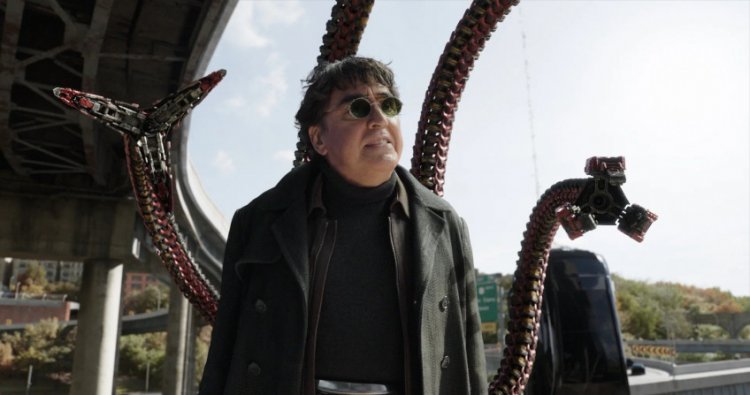 However, it is worth thanking the screenwriters and director John Watts for this. How easy it would be to turn the tape into a two-hour fanservice festival. Here are references to past film adaptations, here is a wagon of memes, here, in the end, Alfred Molina as Dr. Octavius and the habitually insane Willem Dafoe (oh, don't talk about spoilers — they were shown in trailers). An unassuming audience would have screamed with delight anyway. But no - the tape tells a consistent and complete story. Yes, not so original within the franchise: the moral about being a hero is not easy, and right actions have a high price, we heard back in 2002. And in general, this is the central message in any story about Spider-Man — remember the great instruction of Uncle Ben. However, "There is no way home" conveys simple truths effectively and with a soul.

And if we mentioned the villains, let's talk about them in more detail, because the characters of the early films were added not only for the advertising campaign. The arches of the Octopus and especially the Green Goblin receive their natural development, which surprisingly does not contradict the paintings of Sam Raimi, but complements them. This is not a stretched cameo, namely that the long-awaited rematch. And not so much in relation to Spider-Man, as in relation to the inner demons that torment both scientists. However, the scenes in which Otto throws cars with his tentacles, and Osborne, laughing devilishly, throws bombs, will also speed up the heartbeat of any fan. The rest of the supervillains in the film appear rather for the company in order to close Sony's already long-standing gestalt on the Sinister Six, but their presence is fully justified by the final battle — in terms of setting the action, Watts, in principle, never had any complaints, but here he, perhaps, surpassed himself.

"Spider-Man: No Way Home" is not just another Marvel blockbuster, but the quintessence of the entire twenty-year history of Spider-Man on the big screen, a declaration of love for the hero in red and blue tights and his fans. Is this the best feature film about a character? No - Sam Raimi's second film is still out of competition, and "Across the Universes" didn't just get its Oscar. But this is for sure, without any doubt, the best solo Spider performed by Tom Holland and one of the best pictures of the year. We have no idea how Kevin Feige will now try to cause a storm of emotions in the audience, similar to the one that covers the cinema hall during the session.

Gamers boycott S.T.A.L.K.E.R. 2 and urge Valve to remove the game because of NFT