Actress Evan Rachel Wood, who starred on the TV series “Westworld”, accused singer Marilyn Manson of violence. The girl stated this on her Instagram page. 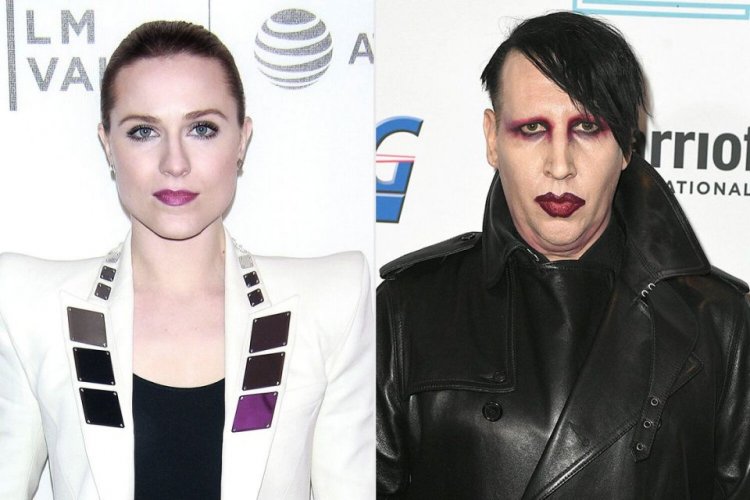 What do you think of Marilyn Manson's action?

“My abuser's name is Brian Warner, also known to the world as Marilyn Manson. He started courting me when I was a teenager and bullied me horribly for years. I was brainwashed, manipulated, forced into submission,” Wood reported. She said she was tired of living in fear of retaliation, slander and blackmail.

The accusations were echoed by several other women. One of them was model Sarah McNeely. “Because of the way he treated me, I developed mental health problems.<...> I think he takes pleasure in ruining people's lives,” the model shared. She expressed her opinion that Manson should be punished. Other girls also complained of mental health issues and decided to open up to warn other possible victims. 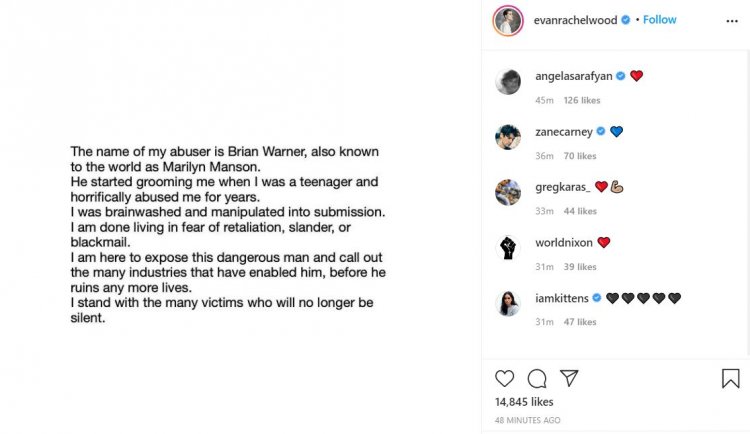 Wood and Manson met in 2007 and got engaged a few years later. Shortly after that event, the couple broke up, Vanity fair writes. The actress later claimed that she survived rape and domestic violence, but she did not name the person who did it.

A similar situation occurred with producer Harvey Weinstein. The New York Times published a series of materials based on the statements of actresses and subordinates of Weinstein, who suffered from him over the past 30 years. Later, 80 more women told their stories of relations with the former producer. He was sentenced to 23 years in prison.