Timothy Chalamet and Zendaya presented the Dune crossover with Fortnite

Epic Games has officially presented the Fortnite crossover with the fantastic blockbuster Dune directed by Denis Villeneuve to the attention of players.

Epic Games (EA) has officially announced a crossover of the Fortnite computer game with a fantastic blockbuster that was recently released on movie screens called "Dune" directed by Denis Villeneuve, which was told in a special video by actors Timothy Chalamet and Zendaya, who performed the roles of Paul Atreides and Chani in the film.

Judging by the popularity of this picture and the love for this film and a long-standing game from SEGA, it is safe to say that the movie tape breaks all world records for box office receipts and we should expect a continuation in the form of most episodes of this film and the integration of characters into other popular computer games.

As part of the launched crossover, the following equipment and accessories appeared in the game store, including as part of one of the kits: 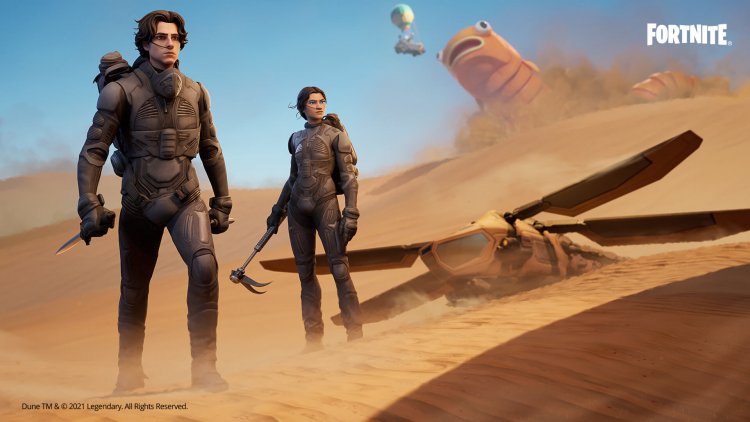 Suddenly: Half-Life 2 received a major update on Steam - a list of improvements

You don't have to worry about the Xbox flagship multiplayer:...

Jeff Grubb: Microsoft is pouring billions of dollars into...