The Ryu Ga Gotoku Studio team, part of the SEGA game publishing house and best known for creating the Yakuza and Judgment franchises, has announced large-scale personnel changes. The announcement of the game is timed to the 10th anniversary of the team.

First, Toshihiro Nagoshi departure was confirmed. The developer who stood at the origins of Yakuza is leaving both the studio and SEGA as a whole. For the first time, Bloomberg sources became aware of the upcoming reshuffles in the summer.

"By leaving SEGA, I am also relieving myself of the position of head of Ryu Ga Gotoku Studio. Thanks to all the fans who have supported us and the Yakuza series for so many years. I express my most sincere and deep gratitude to you.

I am a hardworking person who has achieved a position thanks to the people who surrounded me. It was thanks to the perseverance of my colleagues that I managed to maintain the will to develop and reach new heights.

Starting today, a completely new Ryu Ga Gotoku Studio has been born, which will continue to develop its franchises. And despite the fact that I cannot know for sure about all their future projects, I am sure that the team will move forward on the foundation laid before and will still delight the world with many wonderful games. But in order for everything to work out, the studio needs to continue to learn, develop, grow and learn new things. Please support them on this path.

Once again, I express my deepest gratitude to each and every one of you. Thank you for support. There is a lot of interesting things ahead!", - Toshihiro Nagoshi addressed the fans. 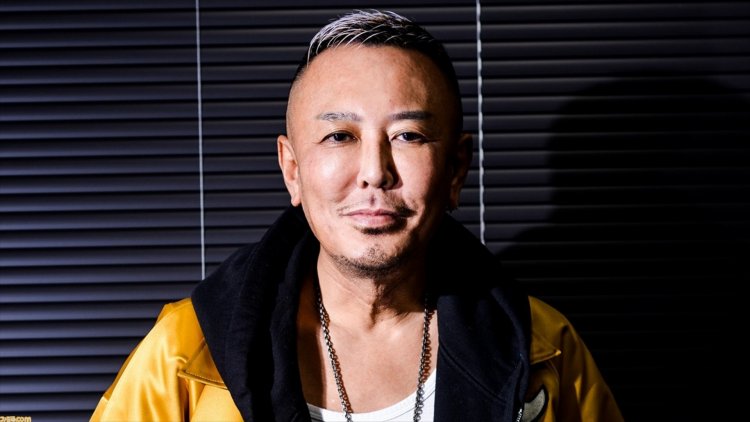 Along with Nagoshi, another veteran producer Daisuke Sato is also leaving SEGA Publishing. He has been one of the key figures since the inception of the Yakuza series and led the Ryu Ga Gotoku Studio team for nine years.

"I believe that the studio is able not only to continue developing the Yakuza brand, but also to step even further. There are many talented specialists working in the team, and I can easily trust their talents.

You have remained faithful to our series for 15 years, for which I would like to express my sincere gratitude to you. Thanks also to the developers who have been working on Yakuza all these years, and all the other people from different parts of the world who have somehow influenced this franchise.

I am looking forward to new games, and I will always support Ryu Ga Gotoku Studio, but now as a fan.

I hope that you will remain faithful to the new Ryu Ga Gotoku Studio. Thank you for the years of support," Daisuke Sato message reads.

The role of the new head of Ryu Ga Gotoku Studio was assigned to Masayoshi Yokoyama, senior producer and screenwriter of the Yakuza franchise. The senior creative positions in the studio were occupied by Ryosuke Hori and Hiroyuki Sakamoto.

Commenting on his appointment, Masayoshi Yokoyama asked fans to support Ryu Ga Gotoku Studio, wished success to Nagoshi and Sato, and also directly confirmed the development of a new part of Yakuza - it will be a direct continuation of Yakuza: Like a Dragon and will tell about the new adventures of Kasuga Ichiban.

"I won't just ask you to believe in us. Instead, we're going to keep trying, creating good games that will speak for ourselves. I also want to believe that you will not stop following the careers of Nagoshi and Sato, who are also waiting for new achievements ahead.

The former management of Ryu Ga Gotoku Studio has passed on their philosophy and skills to each member of our team. You can see this for yourself by playing the recently released Lost Judgment and seeing for the first time the upcoming sequel Yakuza: Like a Dragon, which will continue the story of Kasuga Ichiban.

We are working on the latest project right now. Its creation is supervised by producer Sakamoto, as well as designers Hori, Ito and Mitake. I'm writing a script together with my colleagues.

Six months or a year will pass, and we will show you a new game in the Yakuza line from the Ryu Ga Gotoku Studio team. It will be at the same time a fresh, but already familiar title. Such a game that will satisfy your expectations and whet your appetite. I will continue to work as a game developer with full responsibility.

Thank you for your support," Masayoshi Yokoyama added to the speech of his colleagues.

Recall that the latest release of Ryu Ga Gotoku Studio for today is the detective action Lost Judgment. Read our review of this computer video game here.

Jim Ryan called the strongest side of the PlayStation 5 and promised to provide...

The real reason for the transfer of God of War Ragnarok...